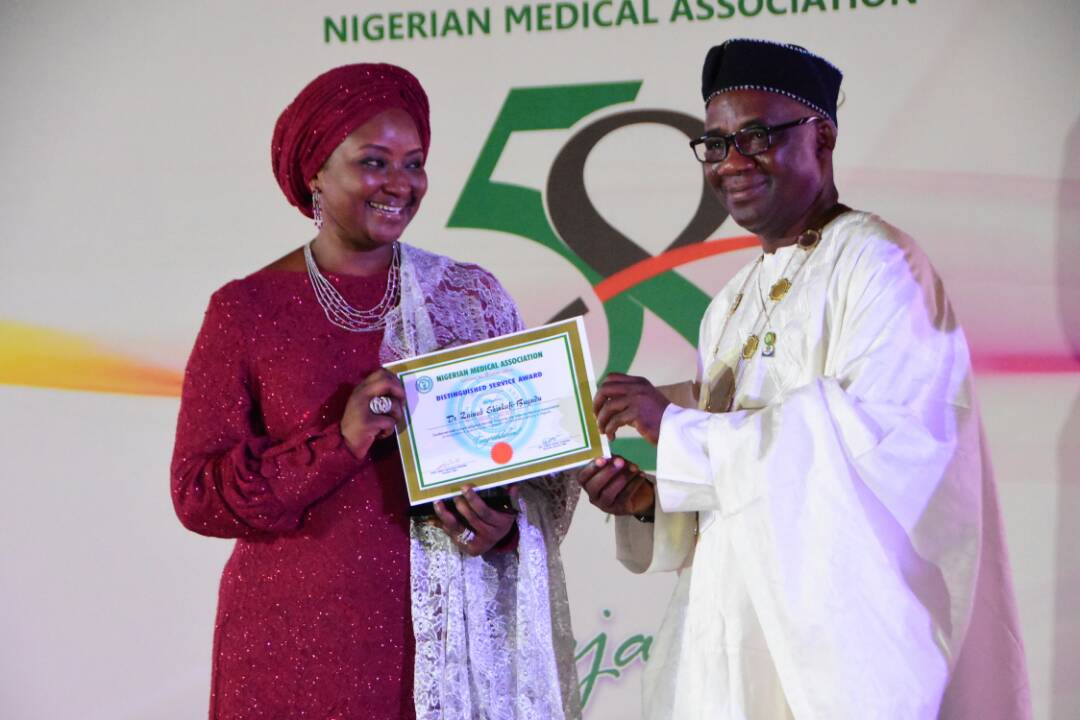 The Nigerian Medical Association (NMA), the highest professional body of Nigerian doctors and dentists has bestowed a merit of honour on one of their own, Dr. Zainab Shinkafi Bagudu. The award was presented to Her Excellency by the outgoing president, Prof. Mike Ozovehe Ogirima at the 58th Annual General Meeting held at the International Conference Centre Abuja, on 5th May 6, 2018.

Some of her achievements cited include ‘Advocacy for Women’s Health with a Major Interest in Cancer Care’, ‘Establishment of the first high tech radio-diagnostic center in Abuja, and subsequently the ‘Medicaid Cancer Foundation’ known for creating awareness, funding diagnosis and treatment of cancer patients in Nigeria. 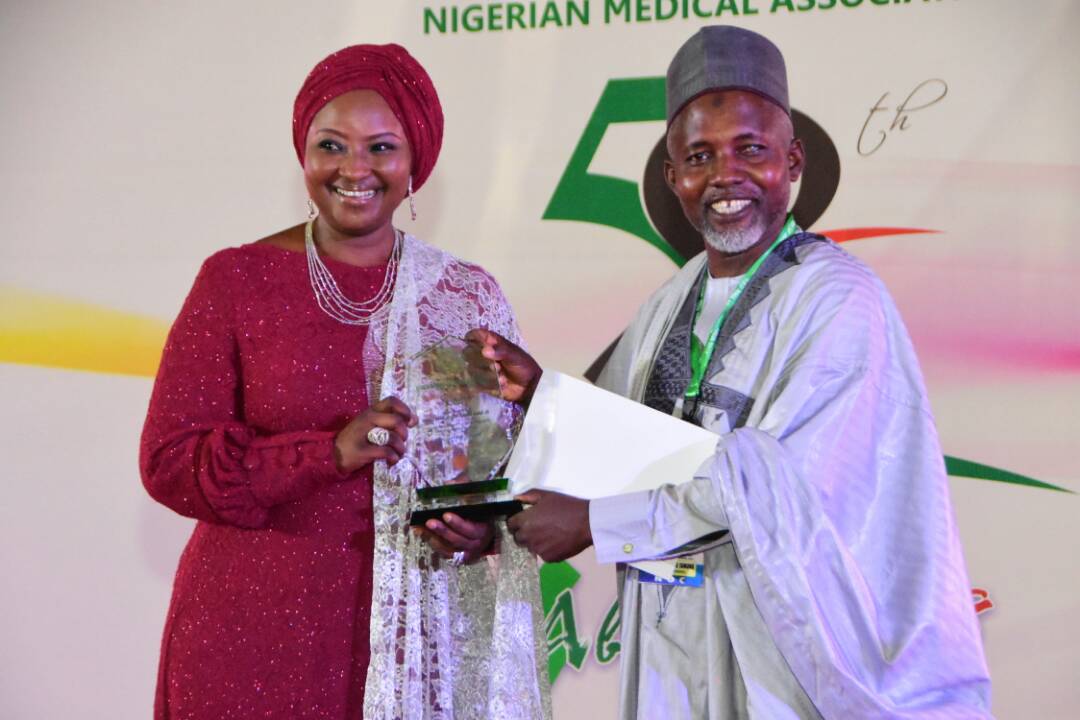 As a champion of girl child education in Kebbi, she mentors and sponsors various school programs such as Voices for Girl Child, Nursing Education, School health clubs (with a concentration on cancer and sickle cell), menstrual health, VVF, drug abuse and creative writing. Of note was the implementation of the CONMESS salary scale for the first time in the state which worked on with the Kebbi State NMA.

Receiving the award, Dr. Bagudu said despite a resolve to discourage awards, she did not hesitate when the highest body of her profession deemed her fit. She expressed gratitude to her husband, her family, the health team in Kebbi, the Medicaid family and the NMA. She stated her commitment to continue teamwork with the Kebbi State health professionals to improve poor indices of the state. Finally, She called on doctors to actively seek political platforms so that they can be a part of the policy-making processes at higher levels promising to support those who wish to do so in her locality. 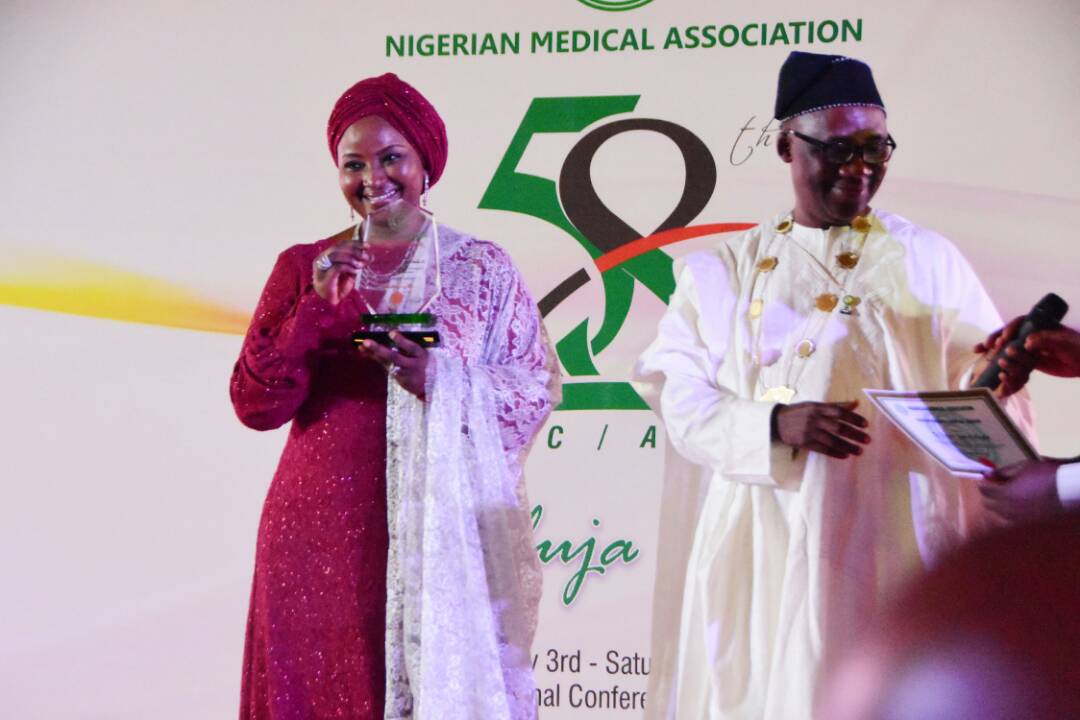 Earlier in the week both Vice President, Prof Yemi Osinbajo and Senate President, Dr. Bukola Saraki given assurance that the law stating 1% of the Consolidated Revenue Fund is set aside for Primary Healthcare in Nigeria would be adhered to. Established in 1951, the Nigerian Medical Association is the largest medical association in the West African sub-region with over 40,000 members from 36 states and about 19,000 in Diaspora. Its membership spans six major specialties of Internal Medicine, Surgery, Obstetrics and Gynaecology, Paediatrics, Public Health and Laboratory Medicine/Pathology. 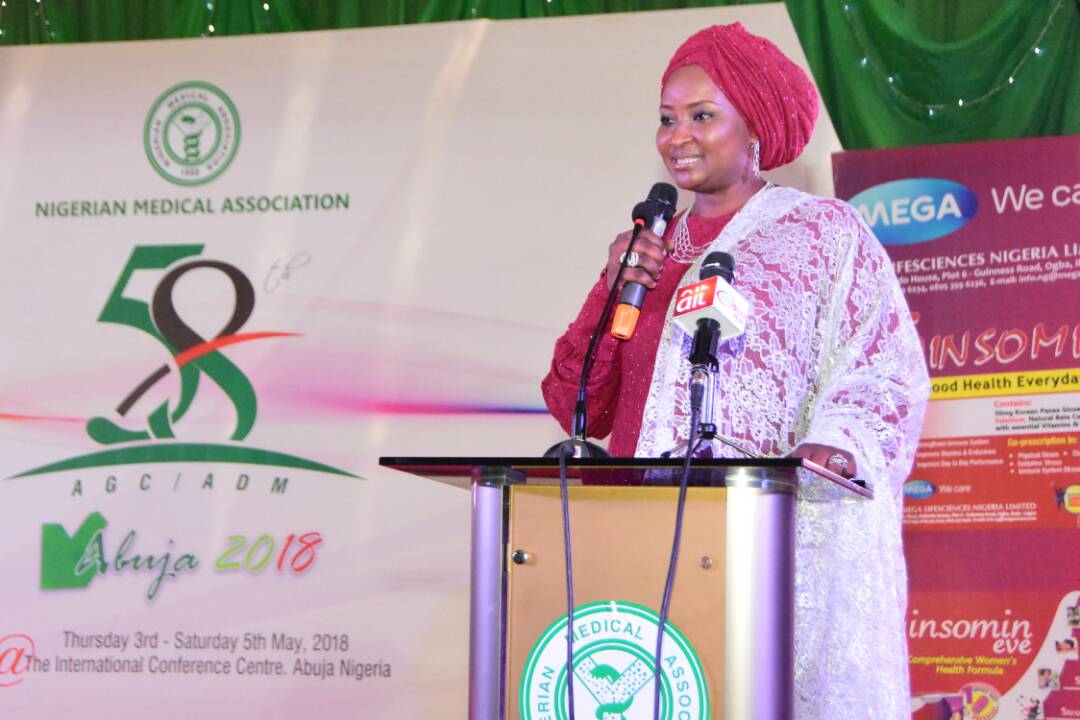 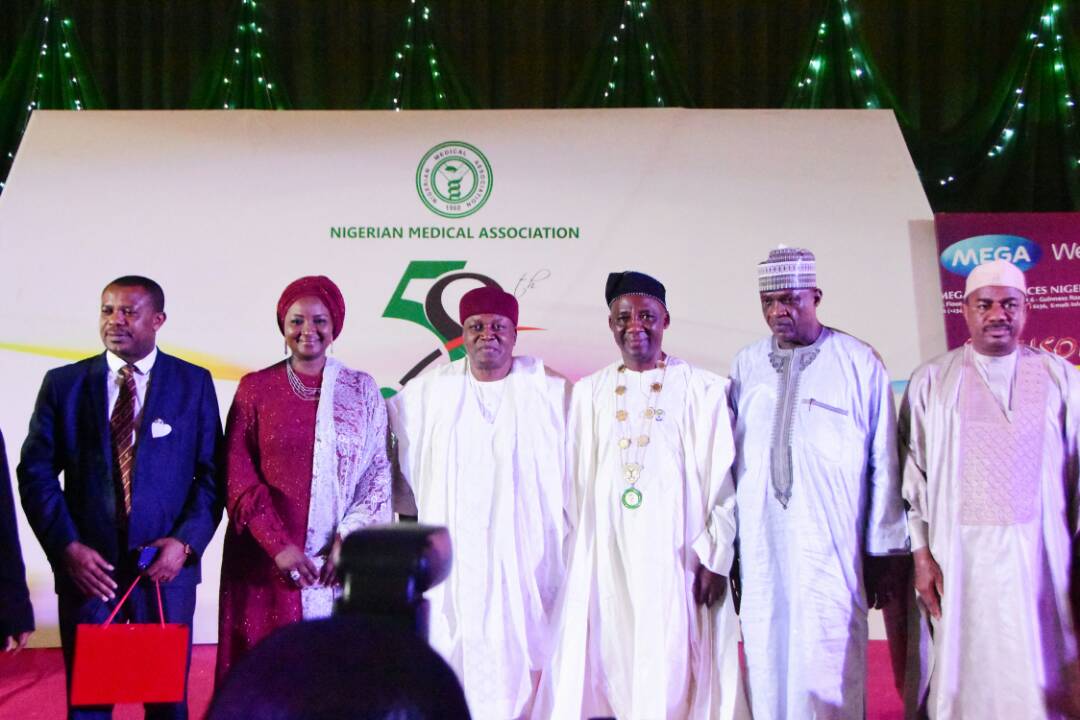 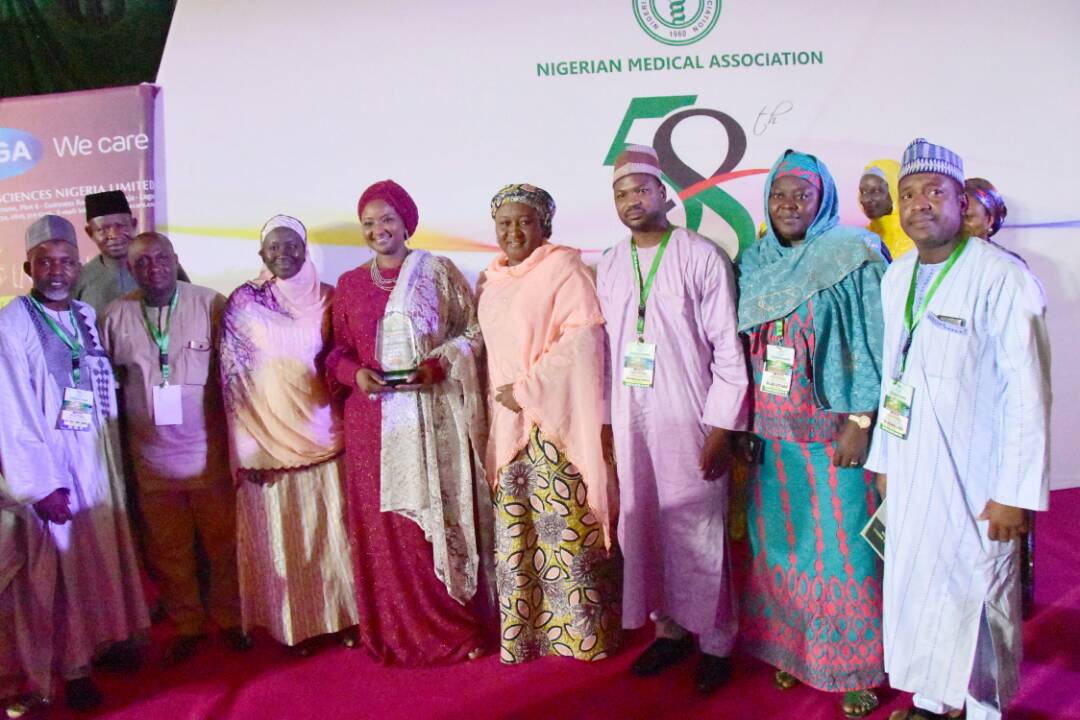 Adekunle Gold’s “About 30” Album Listening with TRACE Live was Lit! | Here are the Highlights