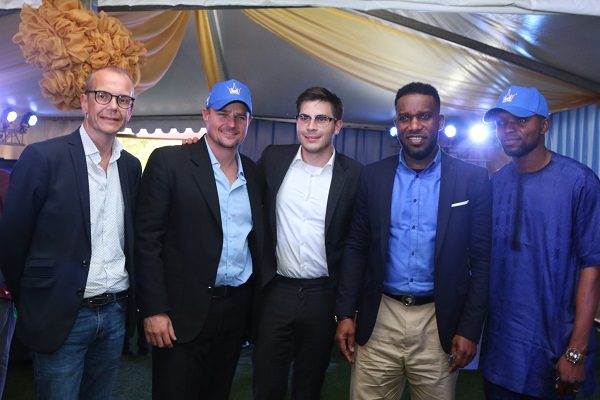 An aged man in Anambra has just won Three (3) Million Naira with just N500 after playing on Nigeria’s fastest growing sports betting platform – BetKing. The Prediction King, who goes by the name Micheal Obiorah expressed delight last week as he shared his story with members of the press. In his words, “I just believed I could win. See the result now.” He expressed that he has been a sports fan since childhood and when BetKing came to town and called on fearless prediction kings, he was very eager to join the playground for kings.

Michael attributes his success to daring belief in his ability to predict like a king of the game. He talked about the favorable odds as well as the comfort he felt playing at one of the Kingmakers’ shops in Anambra. In a statement, Micheal Obiorah expressed gratitude to BetKing for providing a platform that was favorable and efficient especially because he received his winning within 24 hours of making his request. He talked about how his winning would help him finish long-term projects and also promised to keep playing on the platform. 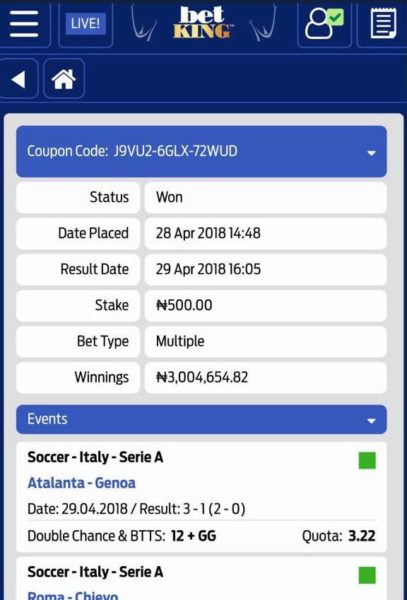 According to Chief Sam, the Super Kingmaker who manages a BetKing shop in the region, “winnings like this continue to prove BetKing as a royal brand in Nigeria, supporting everyone who wishes to be a winner”, he said. In the same development, the MD/CEO of BetKing, Byron Petzer said in a statement that BetKing will continue to create endless winning opportunities for fearless prediction kings on the platform. This win follows a recently reported win of over Seven (7) Million Naira on BetKing and according to a statement from the previous winner, he is busy making serious investments in several parts of Nigeria.

BetKing is a sports betting company that launched on February 22nd, 2018 in Lagos, offering online services Nationwide and agency services in 8 states within Nigeria. With headquarters in Lagos state, BetKing is working towards a nationwide expansion that places several physical shops across all states in Nigeria. Among the offerings of the company’s services are sports betting, not restricted to football, hockey, cricket, tennis, basketball and more, customized state-of-the-art virtual games including the exclusively designed sports Kings’ League.

To join the playground for kings, users can visit www.betking.com to sign up. Users who prefer physical shops can simply walk into any agent shop across Lagos, Anambra, Ondo, Ogun, Akwa-Ibom, Imo, Oyo, and Osun. You can also follow BetKing on Instagram, Twitter and Facebook with the handle @BetKingNG or join the conversation on Social Media with the hashtag #PlaygroundForKings.

Related Topics:BetKingMicheal Obiorah
Up Next