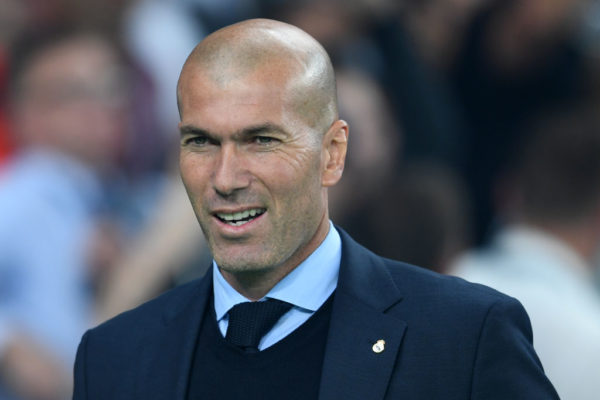 KIEV, UKRAINE – MAY 26: Real Madrid head coach Zinedine Zidane looks on prior to the UEFA Champions League final between Real Madrid and Liverpool at NSC Olimpiyskiy Stadium on May 26, 2018 in Kiev, Ukraine. (Photo by Etsuo Hara/Getty Images)

Real Madrid coach Zinedine Zidane has stepped down from his position as manager of the club.

Zidane revealed this in a hastily-organized press conference on Wednesday.

Despite winning the last three Champions League titles, he said he felt it was the right time to leave, and had spoken to the club president Florentino Perez about it. He said:

I have decided not to be Real Madrid coach next season.

I spoke to Florentino yesterday [Wednesday] to tell him my thoughts, my feelings. I know it’s a strange moment for everyone involved, but I think it’s the right decision.

I think this team needs to keep winning but I think after three years a change is needed, something different, a different message, different ways of going about things.

That’s why I decided to take this decision. It’s a club I love and I love the president too, he brought me to this huge club and I will always be grateful, but I think a change is needed so I will not be here next season.

It’s my decision. For many people, this will not make sense, but it does for me. It’s time for a change.