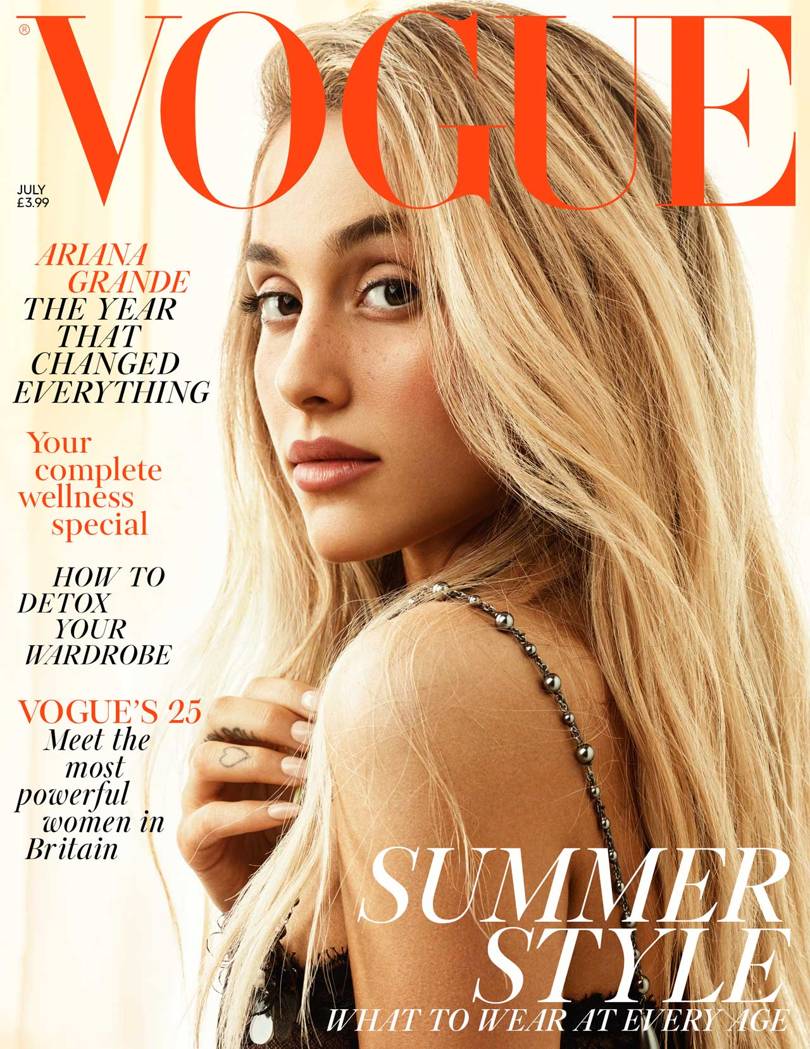 One simple change in your hairstyle can make you look completely different and Ariana Grande is proof as she covers the July 2018 issue of British Vogue.

The 24-year-old singer took down her signature ponytail for the shoot as she opens up about dealing with anxiety, the Manchester attack and more.

On anxiety: I think a lot of people have anxiety, especially right now, My anxiety has anxiety… No. I’ve always had anxiety. I’ve never really spoken about it because I thought everyone had it, but when I got home from tour, it was the most severe I think it’s ever been.

On returning home after her 2017 tour: Everybody thought I was crazy when I got home and wanted to hit the ground running. I was in the studio the next day. I am a workaholic.

On the Manchester attack: It’s hard to talk about because so many people have suffered such severe, tremendous loss. But, yeah, it’s a real thing. I know those families and my fans, and everyone there experienced a tremendous amount of it as well. Time is the biggest thing. I feel like I shouldn’t even be talking about my own experience – like I shouldn’t even say anything. I don’t think I’ll ever know how to talk about it and not cry.