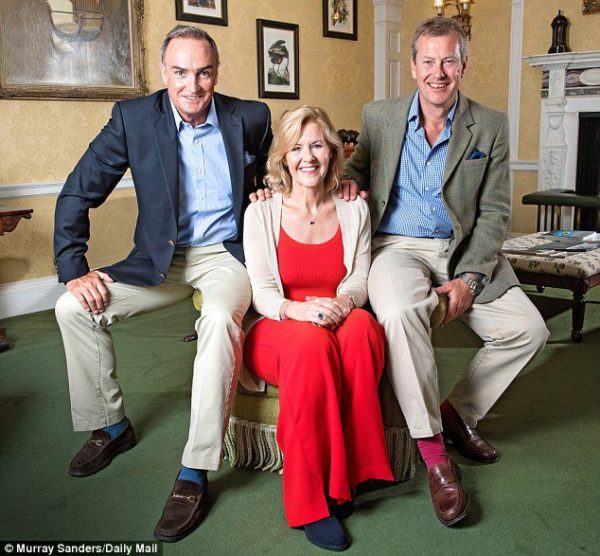 The first ever royal family same-sex wedding between the Queen’s cousin Lord Ivar Mountbatten and his partner James Coyle.

Lord Ivar, 55, came out 2 years ago, 6 years after the end of his 16-year marriage with ex-wife Penny Mountbatten which saw the birth of their 3 daughters.

In an interview with Daily Mail, it was revealed that Penny will give Lord Ivar’s hand out in his wedding to James in a private chapel on his country estate in Devon later this summer.

They have described the wedding as a very small affair, saying:

We’ll be pronounced partners in marriage, but the ceremony itself will be very small. It’s just for the girls and close family and friends.

We’ll have lovely food and really good music, but there won’t be two men in tuxedos on a cake, white doves or anything twee or contrived like that, will there?

Saraki to lead Senate Delegation to Russia on Tuesday