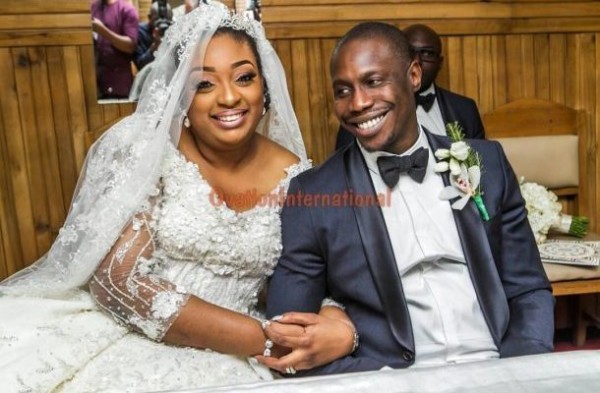 A counter-affidavit, filed in court by Tope Adebutu, a magistrate in Ogun state and wife of Olujonwo Obasanjo, son of former president Olusegun Obasanjo, has surfaced.

Olujonwo had approached an Igbosere Magistrate’s Court in Lagos, saying that shortly after the wedding ceremony, he suffered from physical assaults by his wife as well as threats from his wife, adding that he has had to leave his matrimonial home as he feared for his life. He called on the court to intervene and help prevent further attacks. See the document HERE.

In this counter-affidavit, Tope refuted allegations of assault against her, while accusing Olujonwo of cheating on her, saying he hasn’t agreed to consummate their marriage.

She alleged that she was lonely at their honeymoon destination for five days while Olujonwo was in a Lagos hotel “in the company of other women”.

She also added that Olujonwo was checked into a drug rehabilitation facility from the end of January 2018 to the second week of March and that when his mother didn’t know where he was, alleged that he was missing, and “cause to be published, defamatory publications against” her in two national dallies.

She also debunked Olujonwo’s claim that she was on anti-depressants, saying the only medical condition she had after their marriage was uterine fibroid which she said she had treated.

She said Olujonwo deserted her for over four months but only came back in March 2018 to ask that they be separated.

See her counter-affidavit below: 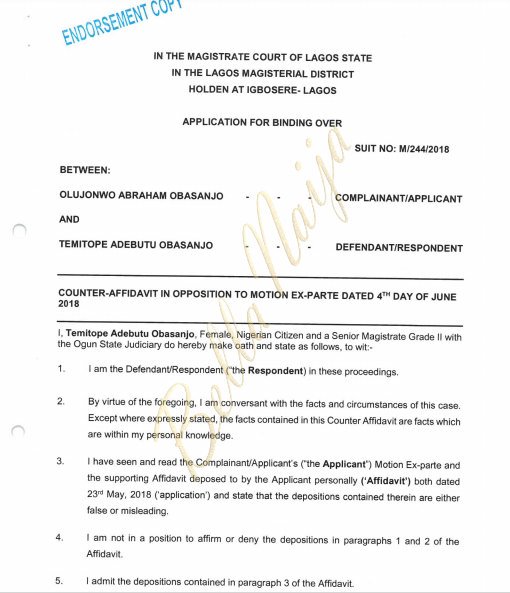 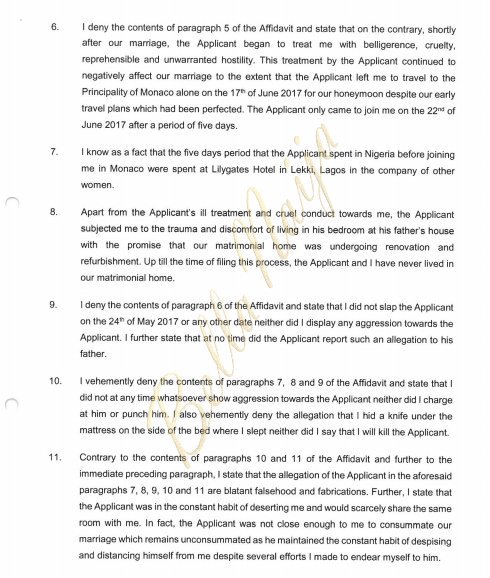 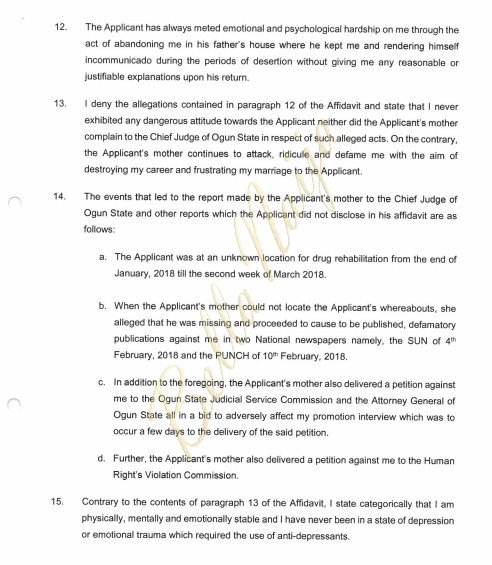 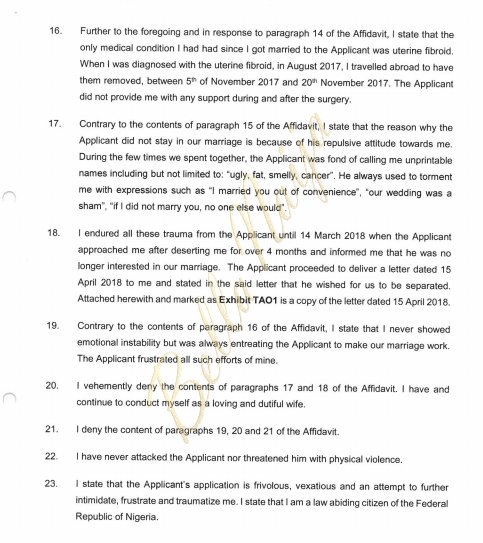 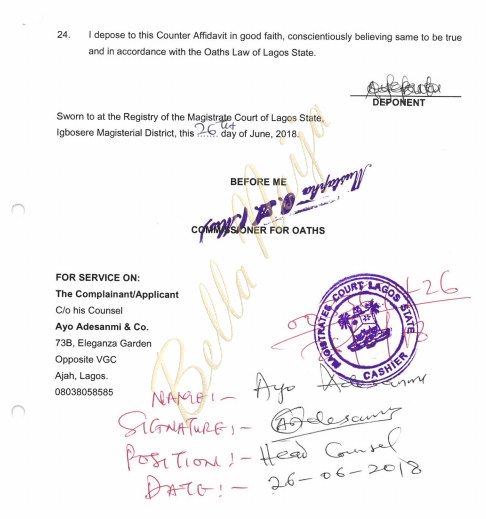