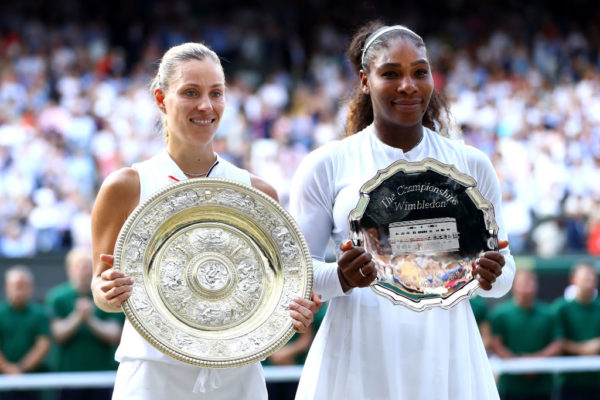 LONDON, ENGLAND – JULY 14: Winner Angelique Kerber of Germany and runner-up Serena Williams of The United States pose with the trophies after the Ladies’ Singles final on day twelve of the Wimbledon Lawn Tennis Championships at All England Lawn Tennis and Croquet Club on July 14, 2018 in London, England. (Photo by Michael Steele/Getty Images)

7-time champion Serena had reached the final and been declared the favourite despite just returning from birthing her child in September.

Kerber defeated Serena 6-3 6-3, making the 23-time Grand Slam winner wait until the US Open to compete for her record-equalling 24 Grand Slam titles.