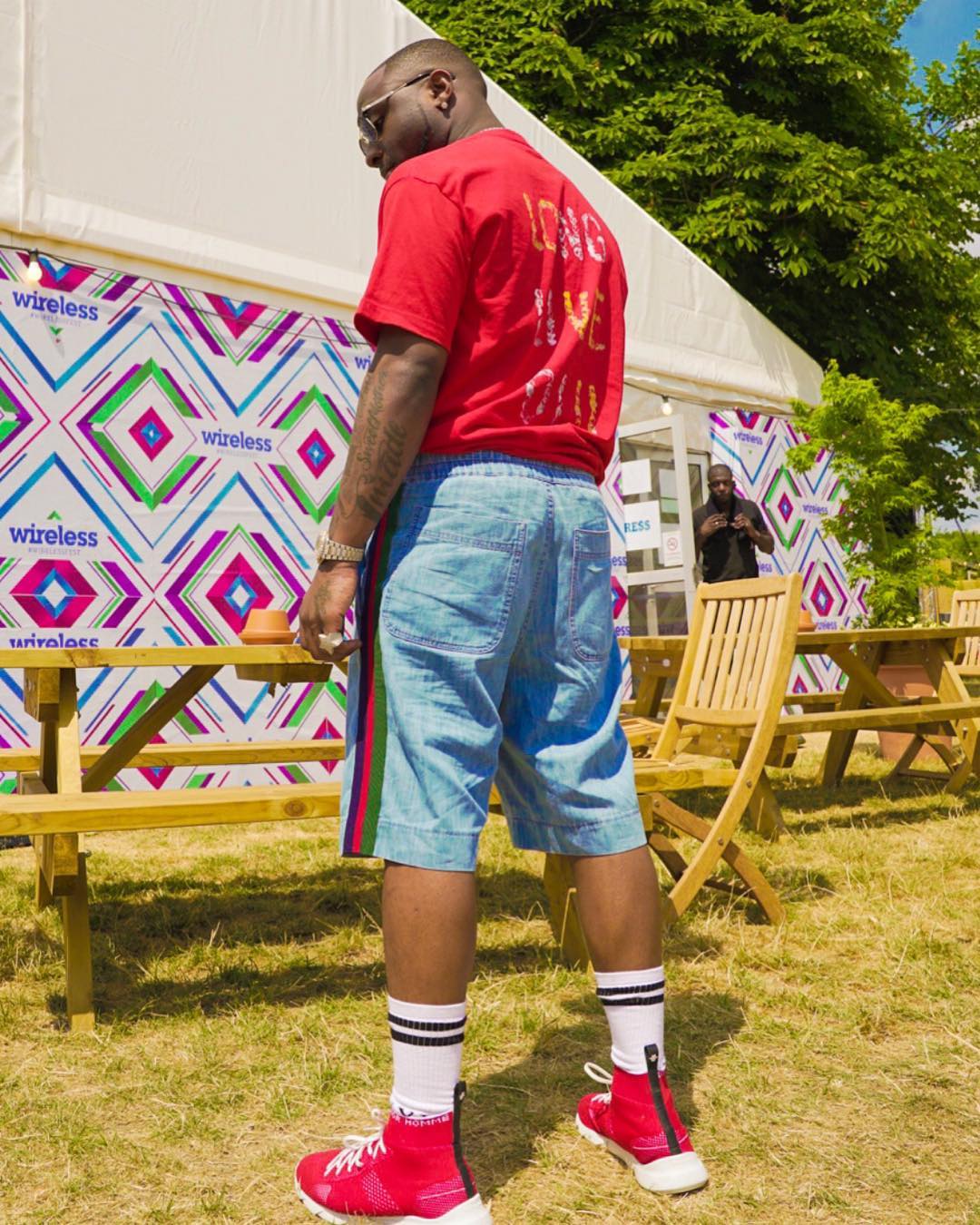 Davido is currently at the 2018 Wireless Festival in London with the DMW star set to perform on the main stage later this afternoon.

Davido used the opportunity to pay tribute to his late disc jockey, DJ Olu, who passed away in October 2017.
Davido wore a red tee-shirt with the words ‘Long Live Olu’ inscribed on the back. 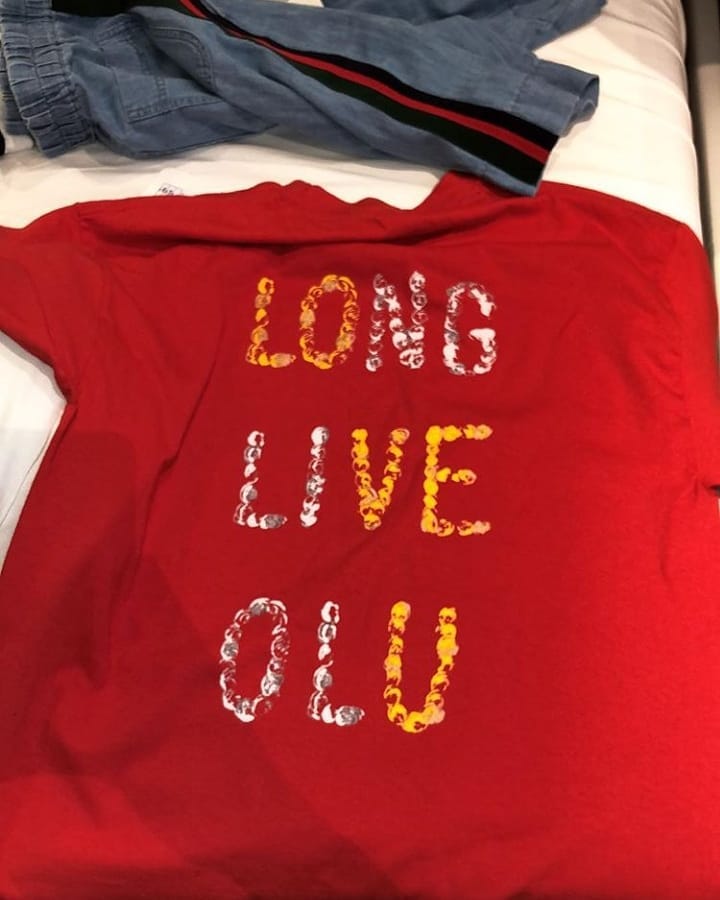 According to Wireless, ahead of Davido’s performance, “Not many artists can claim iconic status within just five years of starting out. But the Atlanta-born Nigerian singer/songwriter, producer and label owner – who returned home to Lagos, forsaking previously unsuccessful college pursuits in Alabama to chase his music dreams – has earned the right.”

We Rise by Lifting Others! Davido performs with Mayorkun on Wireless Festival Main Stage | WATCH