Beyond the Three: Nhaoma Takes Us to the South-South to Meet the Ikwerres in River State 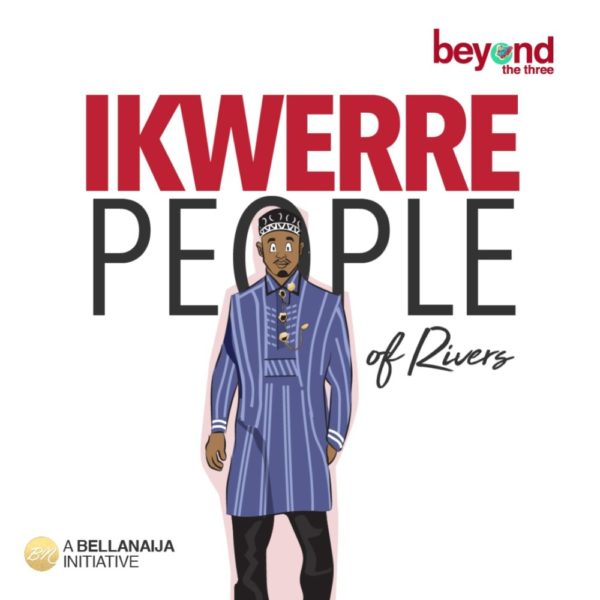 In the first edition of this series, we were introduced to the Idoma people; this was followed by the Esan people.  Joan introduced us to the Oegorok people and we learned about the Mhiships from Mwanret. Ma’ade told us about the Bassa people.  We had the pleasure of reading about the Uwano people of the Weppa Wanno kingdom. Last week we were taken to Langtang to meet the Taroks, thanks to Tanchit. Moses provided us with insight into the Isoko people and today Nhaoma is sharing the Ikwerres with us. The Ikwerre people are also known as the Iwhuoruoha people. They’re found in Rivers State, and they’re often mistaken for Igbos. Nhaoma shares that Ikwerres are quick to correct the misconception:  “we have our own peculiar rites, customs and values; but the passage of time, proximity to our neighbors and intermarriage have diluted common knowledge of most of these customs”

***
My name is Nhaoma Amadi. Nhaoma means ‘Something good’. The language of the Ikwerres is Ikwerre;  unfortunately, for some reason, I’m not as fluent as I’d like to be. I live in my town, Rukpokwu. Port Harcourt City is almost entirely Ikwerre land.

Some of our unique rites and customs include the following:

This is how an Ikwerre man greets a gathering of other men:

This is how an Ikwerre woman greets a gathering of men:
When it’s morning you greet by asking; Iwhiala? Answer; Owe

When it’s night you greet by saying; Chibo

At any other time of the day you say either; Iziamu? Answer; Owe.or Nda? Answer; Oburuoma.

Naming patterns
Names in Ikwerre land are given based on circumstances before the birth of the child, or the situation at the time of birth. Examples include; Wegwu (Child of celebration): Usually given to children born during festive periods and children whose births are highly celebrated, Obunezi (Is it true?): One of my favorites, this is usually given to a child born after a long period with no births.

Weddings
The Ikwerre marriage ceremony comprises of about 4 steps:

Oli-aka-nu-onuha – This is also known as ‘knocking-on-door’. It is the step that sees the groom’s family coming officially to ask for the bride’s hand in marriage and it is influenced by the results of the previous step.

Odoka-okwukwo-oyi – This is the step where the bride’s family inquires officially if there has been a previous or if there is an ongoing romantic relationship between the bride and the groom prior to his asking for her hand in marriage. If yes, the groom is required to pay for his previous unapproved relationship with the bride. Then a paper, symbolizing that previous relationship, is torn, showing that his new marital relationship with her is new and approved.

These items might prove too tasking to provide at once, so the groom is given the option of providing at his own speed. customarily though, the bride can only leave with him when the last requirement has been fulfilled.

Traditionally, all the steps of the marriage ceremony occur at night (when the farmers are back from their farms). During the final ceremony the bride and groom are blessed by extended members of both families and then there is an elaborate celebration by the host family (bride’s) with lots of food and drinks. As a sign of their goodwill, they usually gift the groom’s family with a raffia packaged smoked fish.  I mean FISH, the kind that’s over 4ft long. The celebrations go on all night and into the early hours of the morning. Then the bride is prepared/dressed as a married woman by her mother and other female relations to leave for her husband’s house. She is sent off with items that are supposed to help her start up family life with her husband e.g. Mortar and pestle, pots and plates, a box of wrappers, shoes etc. If the groom lives close to the bride’s family, she is escorted with singing and dancing to her matrimonial home by her friends in the company of her new family. She arrives before the daybreak and so starts the new day as a wife.

Funeral rites
Traditional funeral rites for the elderly begins before death. When a family observes that an elderly man or woman is sick unto death, they send a message to his Ri-me-ne (maternal extended family) or her father’s family, so that when the death occurs they (the nuclear family) are exonerated from any blame concerning the death.

After the death, the family sends three men with an official message-of-death and drinks to his Ri-me-ne or her father’s family. An official message is also sent to the men’s group of the community to inform them of their member’s death or the women’s group to do same. A message is also sent to all the married daughters (of the dead person’s family) and their husbands, inviting them to the impending burial ceremony and informing them of their contributions to the burial.

The body is embalmed using the traditional embalming method, then the family begins preparations for the burial. A body can stay embalmed and un-buried for a while, while the family “girds its loins”. When the family is ready for the ceremony and a date has been set, they inform the elders of the clan, who in turn inform the members of the community.

The funeral ceremony is divided into two; Olili-badu-ke-mbom (First burial) and Olili-badu-ke-ebolaru (Second burial). The first daughter of the dead is traditionally tasked with providing the coffin to be used. The first burial involves a lying-in-state where the loved ones and clansmen pay their last respects to the dead, then the body is interred on the same day and before noon. After interment the Rumu-riya (married daughters) of the entire clan are required to spend seven (7) days in the house of the dead and their job is to smoothen the grave of the dead with mud, during this time they are provided any meal they request. At the end of their job, they are given money and gifts by the bereaved family.

The second burial can take place at any time, and this is a more elaborate ceremony. During this burial, the first son has to kill different animals, like; a cow, a goat, a dog, a cat, a tortoise and a cockerel, with just one stroke of the cutlass each, this is important in order to show that the dead is pleased with the proceedings. This is followed by a lot of eating, drinking and general merriment. Finally, the married daughters, their husbands and friends of the family will bring gifts of yams, drinks, wrappers etc. this is called Okwa-ekperi and it is a way of supporting the bereaved family.

Ruling and governance
The governance hierarchy in Ikwerreland starts with the Nye-we-eli (the Paramount ruler of the town) who acts as the executive head of the community, then Nde-ji-owhor (the Owhor title holders) they are the representatives of each family at the town council. They also function as Kingmakers and they coronate Family Chiefs. Then you have the Family Chiefs who govern the individual families, ensure peace and harmony amongst their people, settle cases etc. Any indigene of the town who feels their case has been unfairly judged can appeal to the town council for redress.

Food
The Ikwerre people are predominantly farmers and hunters, this is because we have a very fertile soil and forests teeming with wildlife. Our main indigenous meal, which you must find at any major occasion (burials, weddings etc), is a combo of Miniwiri-okazi (with plenty of smoked fish, smoked meat and major periwinkle presence) and Odogoro (Fufu) or Otara-iji (Pounded yam). A typical Ikwerre person of Apara/Rumuapara extraction knows how to Dundu; this is the act of eating your well spiced and smoked fish or meat with your Odogoro or Otara-iji… and without any soup. Yum!

Dressing
The Ikwerre people traditionally use Jioji wrapper. Ikwerre women tie two pieces and a blouse with a head-tie of a different but corresponding jioji wrapper, while the men wear an Etibo top and tie one piece of jioji wrapper with a pair of jumper shorts under.

What do you love most about Ikwerre people?
What I love most about my people is our pride in our land and resources. I also love the language and our indigenous songs. The native lingo in Starboy ft Wizkid and Duncan Mighty- Fake Love gives an idea of this beautiful tongue. 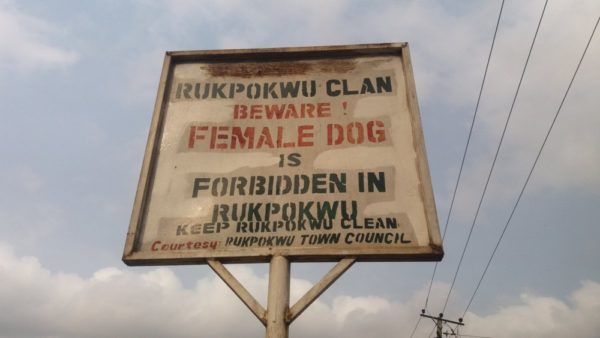 Female dogs are a taboo in my community and many others in Ikwerre-land. This is one of the most unreasonable laws I know of and this continued adherence to a custom which has no significance is something I really dislike about Ikwerre-land.

Tell us about any local or indigenous festivals
One of my favorite festivals is the Egelege festival. It is a local wrestling competition that occurs annually, with neighboring communities competing for the prestige that comes with winning, hosting rights are alternated between communities and so in spite of its nature, it is a sport that builds friendship amongst communities and brings families together. 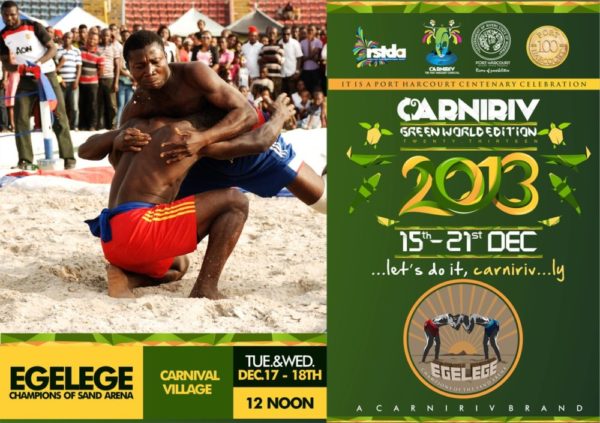 What do you wish more people knew about Ikwerre people
We are quite welcoming and accepting of people of different tribes.

Yaaaas!!! That was fun… I had to consult with my parents and their input was invaluable. Also, I hope this is not too long an essay. Thank you for doing this for the tribes Beyond the Three. Kanka.

No, BellaNaija thanks YOU – for giving us an insight into the Ikwerres. We appreciate you. BellaNaijarians, find out more about the series HERE. Click HERE to read more entries in the series.

Atoke’s Awkward Banter: To Everyone Who Has Experienced Exam Fever