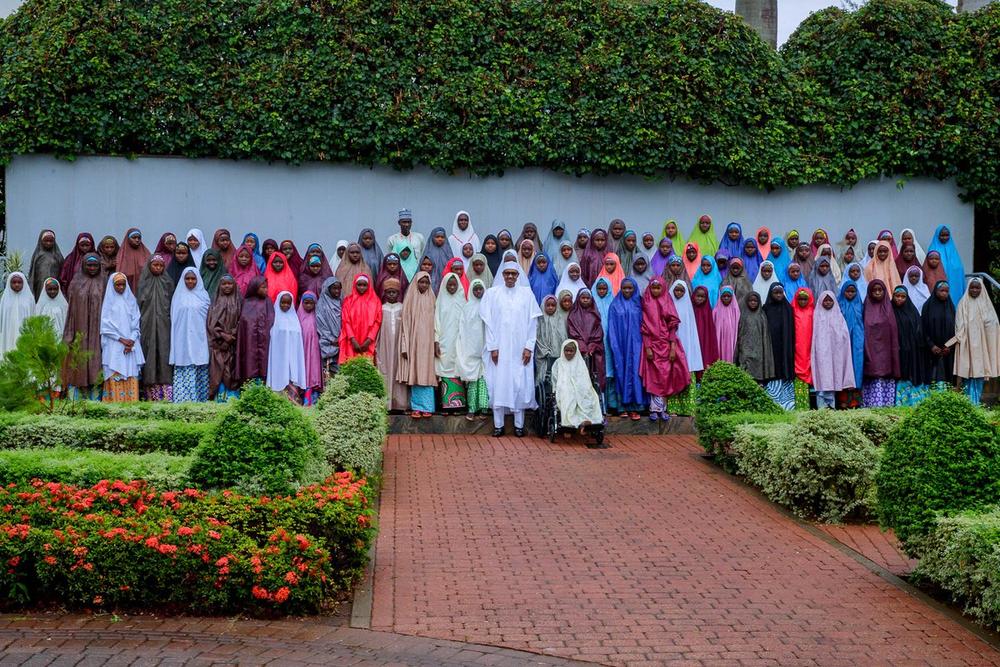 President Buhari receiving the Dapchi girls after their release

A report submitted to the UN Security Council on Boko Haram and related terrorist organisations, on Tuesday, has said Nigeria paid “large ransom” to secure the release of the over 100 girls kidnapped in Dapchi, Yobe state, Premium Times is reporting.

This is contrary to what the federal government had maintained. Lai Mohammed, the minister of information and culture said that the only requirement the terrorists made was that there be a temporary ceasefire.

One of the girls Leah Sharibu was not released for reportedly refusing to denounce her Christian faith.

“In Nigeria, 111 schoolgirls from the town of Dapchi were kidnapped on 18 February 2018 and released by ISWAP on 21 March 2018 in exchange for a large ransom payment.”