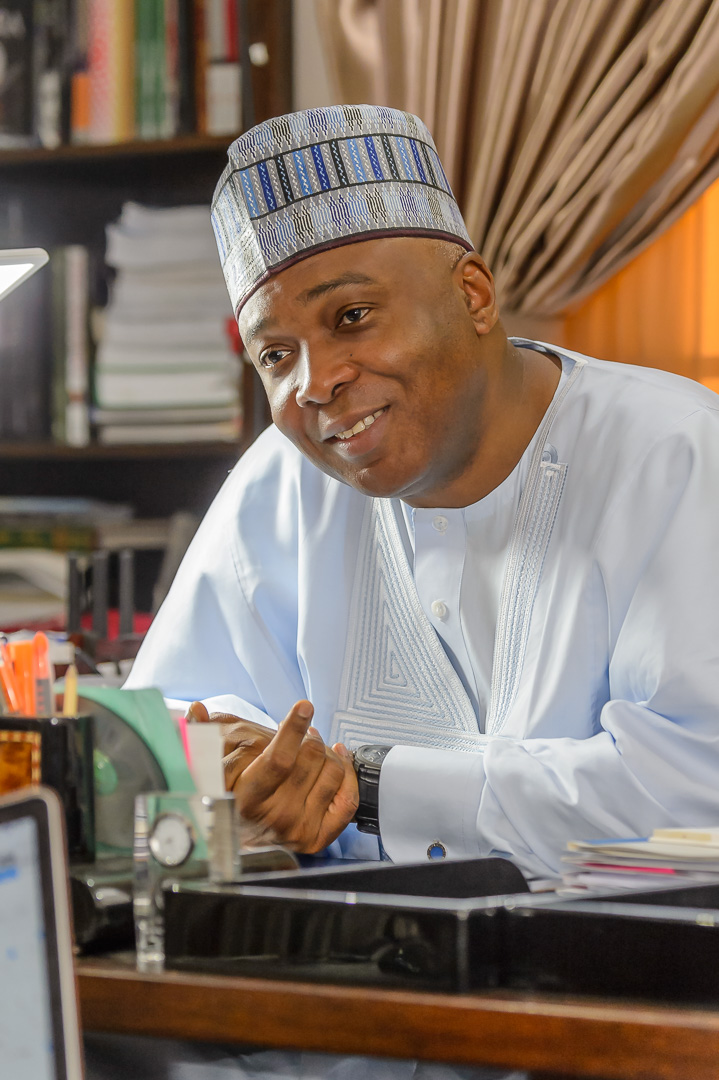 Senate President Bukola Saraki has replied Bola Tinubu who said he defected from the ruling All Progressives Congress (APC) because he knew he’d lose his seat in 2019 and he needed automatic ticket.

They (Saraki and Aminu Tambuwal) “left the party to return to a motley agglomeration that would promise them what true democracy could not: automatic tickets, sharing of the national wealth and other offices and privileges,” Tinubu had said.

Saraki, in a statement on his Facebook page, said that he’ll “not allow him (Tinubu) create a wrong, false and mischievous impression about the reasons for my decision to exit the APC and present his prejudice as facts for public consumption.”

Saraki said that he had, on several occasions, discussed with Tinubu that the executive does not carry the legislature along in “key policy decisions,” and that a government within the government exists.

Saraki said during Tinubu’s move to seek reconciliation within the APC, he (Saraki) told him that he wasn’t sure the leadership style of the current administration would change.

Saraki however said that Tinubu told him that “he himself always expressed his displeasure with the style of the government and also mentioned that he had equally suffered disrespect from the same government which we all worked to put in office.”

Saraki added that Tinubu “expressed a strong opinion that he would rather ‘support a Buhari on the hospital stretcher’ to get a second term because in 2023, power will shift to the South-west.”

“This viewpoint of Tinubu’s was not only expressed to me but to several of my colleagues. So much for acting in national interest…. Tinubu will rather live with the identified inadequacies of the government for the sake of fulfilling and preserving his presidential ambition in 2023,” he continued.

The senate president added that his “uncertain and complex relationship with Tinubu has been continually defined by the event of 2014 when myself and other leaders of the APC opposed the Muslim-Muslim ticket arrangement about to be foisted on the APC for the 2015 polls.”

“It should be noted that he has not forgotten the fact that I took the bull by the horns and told him that in the interest of the country, he should accept the need for the party to present a balanced ticket for the 2015 General Elections in terms of religion and geo-political zones. Since that time he has been very active; plotting at every point to undermine me, both within and outside the National Assembly,” he continued.

Saraki concluded: “It should be known that Democracy is a system that allows people to freely make their choices. It is my choice that I have decided to join others to present a viable alternative platform for Nigerians in the coming elections. Tinubu and leaders of the APC had better respect this decision or lawfully deal with it. As for me, Allah gives power to whom He wishes. Human beings can only aspire and strive to fulfil their aspirations.”

Mohammed Salah, Modrić and Ronaldo up for UEFA Men’s Player of the Year Award