Mohammed Salah, Modrić and Ronaldo up for UEFA Men's Player of the Year Award 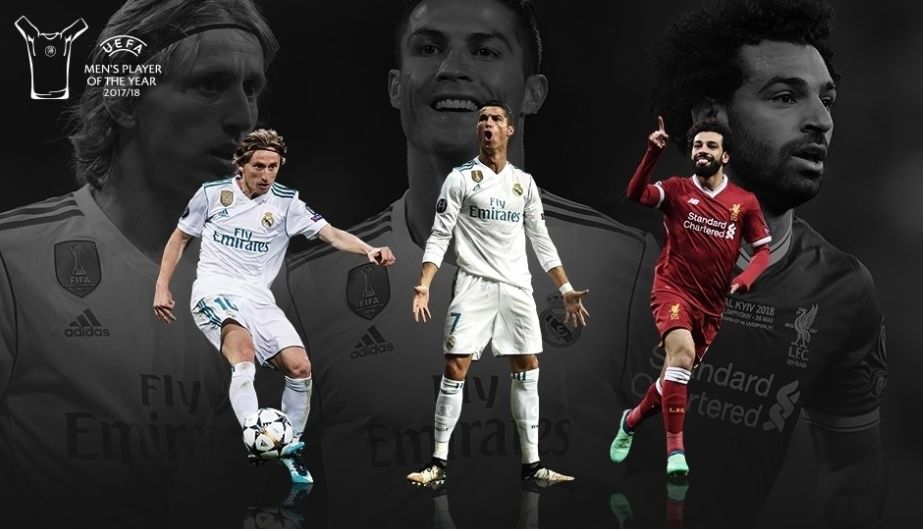 On August 30th, one of Mohammed Salah (Liverpool and Egypt), Luka Modrić (Real Madrid and Croatia) and Cristiano Ronaldo (Real Madrid/Juventus and Portugal) will be named UEFA Men’s Player of the Year.

In a statement on Monday, UEFA said “the winner will be named – along with the UEFA Women’s Player of the Year and UEFA Champions League positional award winners – during the group stage draw in Monaco on Thursday 30 August,” adding that “The UEFA Europa League Player of the Season will be announced the following day.”

According to UEFA, “The award recognises the best players, irrespective of nationality, playing for a club within the territory of a UEFA member association during the past season. Players are judged on their performances in all competitions – domestic, continental and international.”

UEFA describes Salah as “A UEFA Champions League runner-up and a multiple record breaker in his first term at Liverpool.”

The other names in Top 10 are: