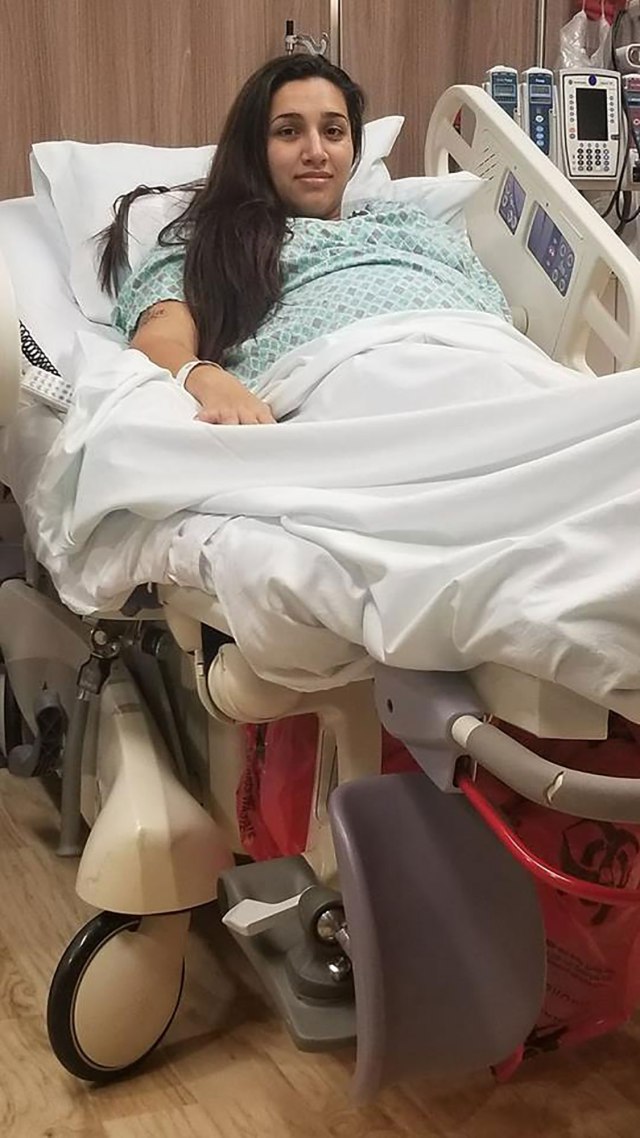 A California woman is suing a hospital for medical malpractice, assault and battery and seeking over $5 million in damages after a Cesarean Section was allegedly performed on her without anesthetic.

People reports that 26-year-old Delfina Mota was 41 weeks pregnant when she was rushed in for an emergency C-section at the Tri-City Medical center on the 16th of November, 2017. Mota claimed that the surgeons proceeded to cut her open without an anesthesiologist in sight.

I was crying because I was scared, I didn’t know what was going on. I was laying there and [obstetrician Dr. Sandra Lopez] was like, ‘We have to just do it. That’s when I felt them cut me open. Nurses were holding me down … I could feel her cutting me and, with her hands, opening me. That’s when I passed out.

“I heard the most horrific screams you could ever imagine, multiple screams. Horrific screaming and then silence. That’s when I got really emotional and tried to get into the room. But there was a nurse outside the door and she prevented me from going in. All I kept saying is, ‘I know you guys didn’t cut her without any anesthesia’,” Iheanachor said.

The couple said that Dr, Seif ran to the delivery room after the child had been born. According to Mota, Seif was present when she regained consciousness and allegedly told her, “I’m gonna make you feel better now.”

After the surgery, Mota and Iheanachor revealed to People that the hospital tried to apply some damage control.

However, the effect of the the hospital’s actions continue to affect Mota who disclosed to People:

It really took a toll on me. I have [post-traumatic stress disorder]. I did not feel connected with my daughter. I was really depressed and my stomach took a lot longer to heal. I couldn’t take care of her by myself at first. My best friend had to come over and take care of her for me because I could barely walk.

In a statement to The San Diego Union-Tribune, the hospital said:

While we normally don’t comment on pending litigation, the patient’s public discussion of the care she received during her emergency C-section compels us to address this outrageous allegation. The patient was administered anesthesia prior to the surgery. We are pleased that the baby is ‘healthy’ and ‘happy.’