This month at BellaNaija Style we are celebrating the inextricable link between Television, Film and Fashion by bringing to you exclusive interviews with top Nollywood talent, behind-the-scene moments with the stylists and directors who make the magic happen, sneak peeks into how your favourite stars get dressed for the biggest award shows and of course, red carpet and style spotlights galore.

In this exclusive interview, BNStyle’s Mary Edoro speaks with Ade Bakare, whose admirable costume designs can be seen on top television shows and movies such as Lekki Wives and The Secret Laughter of Women and more recently highly rated Africa Magic drama series Battleground. Right from the go, the veteran bespoke designer knew it would be an interesting project, and that there would be plenty of challenges that will eventually lead to success. However, he didn’t foresee making a cameo appearance on the show – which he describes as one of his most memorable moments.

Here, he opens up about why his team was chosen to design the outfits for the affluential characters; Teni Bhadmus and Adaora Bhadmus, the intricate processes of creating the perfect looks to fit the scenes, as well as how the actresses help bring his designs to life.

BellaNaija Style: How did it all start?

Ade Bakare: I was born in England in Bromsgrove. Then came back to Nigeria for boarding school at Federal Government College, Lagos (aka ijanikin) and did a combined Honours at the University of Lagos in History/Education. Later, I went back to England to study Fashion Design at the Manchester University College, Salford. Graduated and set up the Ade Bakare Couture label in 1991 selling a day and eveningwear collection to shops and boutiques before establishing a couture line that specialised in bridalwear. Later, we opened a branch in Lagos and Abuja and now have 2 perfumes;  Breeze and Ade Bakare Signature. My first encounter with costume design was in London for a film called The Secret Laughter of Women, the costume designer needed some African clothes, so we discussed the role of the characters, and I had to supply them, I raided all my friends wardrobes at the time, for clothes like tunic tops and trousers (buba and sokoto). I could not get hold of Ankara tops and wrappers which were needed so I had to get them made, which meant a trip to the East at Liverpool market to buy fabrics and the South Eastern part of London in search of Nigerian tailors, I was amazed to find that they were just the same as in Lagos, very interesting! I got all the clothes delivered, Joke Silva is in the film and it’s still shown on DStv.

Subsequently, we have designed for A Place In The Stars – a film by Steve Gukas, designing the costumes for the whole project. We had to fly with the crew to the three locations where it was shot; Lagos, Abuja and Jos. It was a very exciting experience, having to live with the cast and crew.

Other projects such as Lekki Wives and One Room by Blessing Egbe which we have worked on and currently the DStv hit series Battleground.

BNS: What are some of the things you were considering when approaching the style of the characters?

Ade: In approaching the style of characters it’s very important you understand the roles they are playing. First, you have to read the scripts. It can be very tedious because as much as you are reading about the film you have to also concentrate on the characters. Constantly taking notes of scenes and episodes, then creating mood boards for each character so you can have a visual reference, that acts as a guide – fabrics samples, colour pantones, sketches and accessories are some of the things captured on these boards. 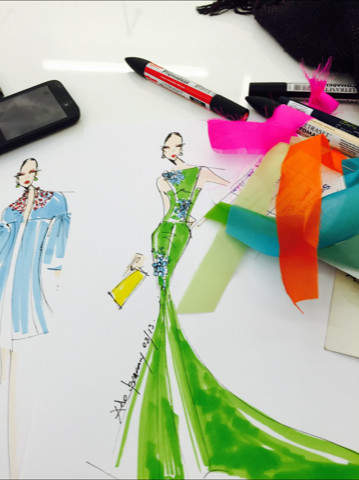 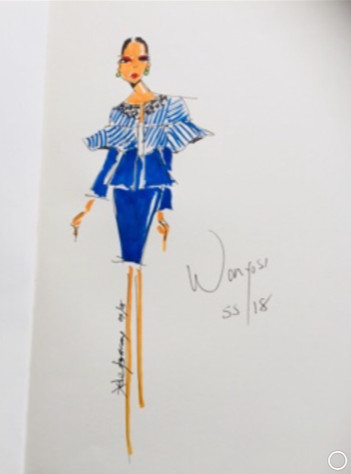 Ade: Also having dialogues with the actors and actresses. My ability to sketch comes in handy here, which enables me to have a strong idea of their looks, meetings with the director and art director to ensure they approve and it fits in with their visual concept of colours and look for the film. It’s very exciting, very professional and a totally collaborative effort.

BNS: What did you want each character’s look to say and how do you go about doing this with costume?

Ade: What we say about each character through clothes is determined by the roles they play. I’m currently working on costumes for a film to be shot in South Africa and Britain. Some of the characters are wealthy and this can only be captured through elegant clothing and accessories, For example; a female character who is a feminist with a very strong persona, this we portray with suits, sharp cuts, in bold colours such as reds and deep browns and some leather.

What I often find intriguing and exciting is when I’m given the challenge of designing for a character that starts of poor and weak only for them to emerge strong person towards the end, and then still lose all their wealth, the transitions through clothes are mesmerising!

BNS: From where do you draw inspiration?

Ade: I derive my inspirations from what I see around me on a daily basis, from people, travel, architecture, interiors, culture, colours, textiles, it’s endless. But it’s very important to have an intellectual framework. This we do by first having a theme, which we research on and capture the process visually which acts as our narrative. From this, we build continually.

Once achieved you will then be able to see your success in reference to your major objective.

BNS: Tell us about working with Ini Dima-Okojie and Shaffy Bello

Ade: Working with the characters in the current hit series Battleground has been a very interesting experience. We were approached by the producers last year and they wanted us to concentrate on Adaora and Teni; the characters played by Shaffy Bello and Ini Dima-Okojie. They felt the Ade Bakare Couture line best captures the image of a billionaires wife and daughter since we design for these people in real life. When I got the information on the characters I was very much interested, it fit in easily with our style and look, we then developed it further coming up with more exciting designs that were colourful and visually appealing .i always feel any success in a design project is collaborative, it helped tremendously that Shaffy played the part of Adaora with such sophistication and diction it quickly captured the hearts of viewers.

Ini who plays Adaora’s daughter is made for the character, very pretty with a fragile nature that makes you warm to her, wears the clothes with great ease and comfort exuding wealth and grace .the process of designing for them is slightly removed with the Artistic director and set stylist having most say, but we still get a feel of likes and dislikes. I tend not to watch it too often since I travel a lot between London and Lagos, sometimes I notice a look we have created has been broken down, a blouse has been given a different pair of trousers from what was intended, the artistic director has the final say. However, most of it comes to success.

BNS: What has been the most memorable moment for you as a costume designer for Battleground?

Ade: Most memorable moments would be my cameo appearances, I find this both terrifying and exciting at the same time, I’m generally shy and avoid anything that focuses on me, yet I have to learn my lines and say them in front of a crew set who hang on your every word.

Shaffy gave me some good advice; Take deep breaths, pretend no one else is in the room and say your lines (ha ha ha), easier said than done, but apparently I get my lines right, so that’s a huge relief and the accolades after, are not so bad I guess.“Ade turns actor” – my clients tease!

BNS: What has been the most challenging thing about creating and designing costumes for the show?

Ade: Challenges designing for the series are numerous as with any design project that involves others but is easily surmounted with experience and good advice. You are not given lots of time to deliver designs, as they shoot very quickly, an agreed amount of clothes are collected each week, usually we run through with the stylist who comes to collect, who then reports to the artistic designer, we are not always there when they have their meetings and some of the designs might be declined, if it does not fit in with the scene or character. 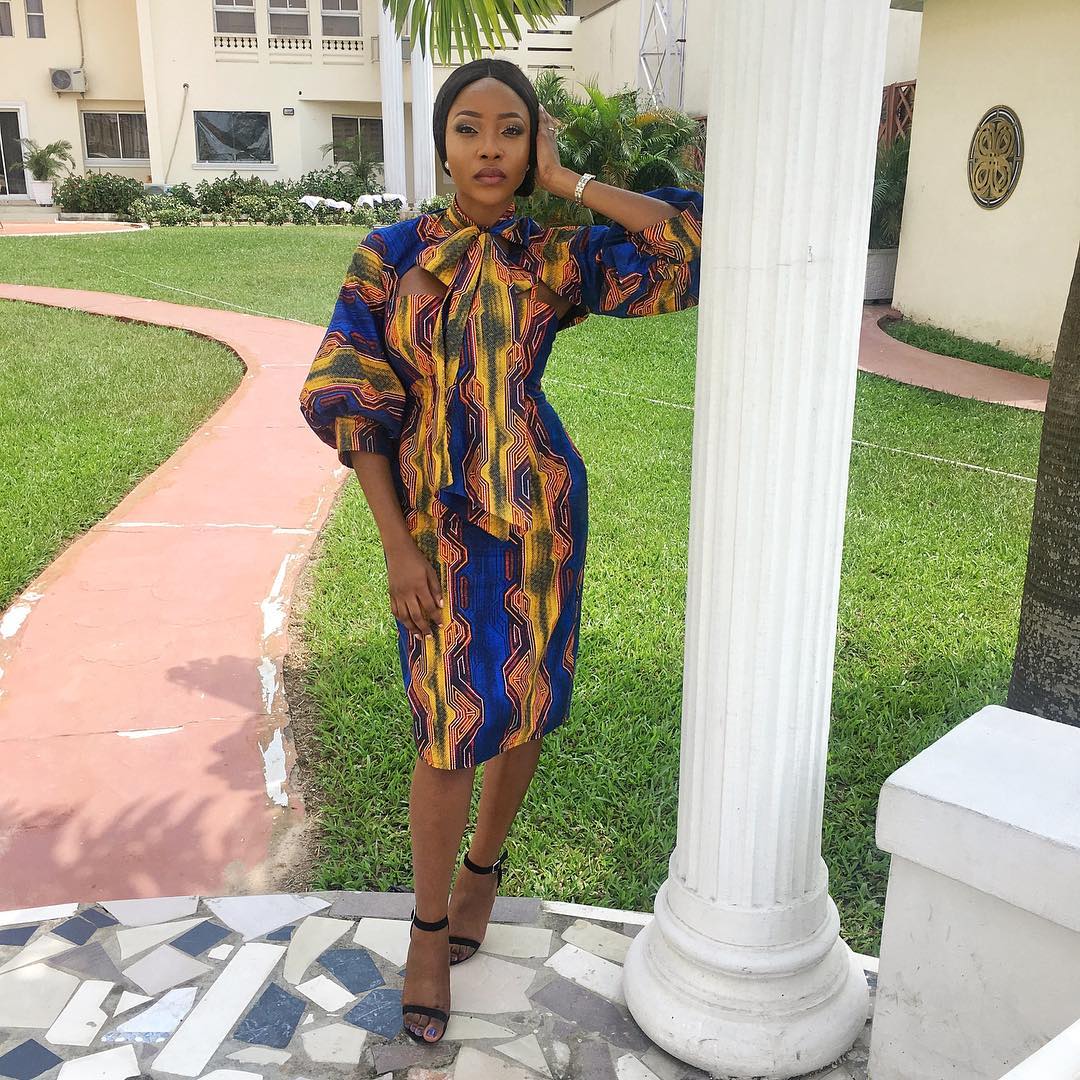 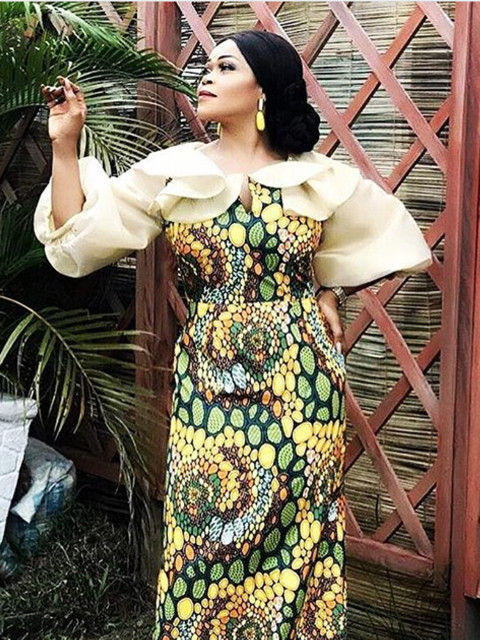 This we were able to improve upon by requesting for the script in advance which is difficult for the producers as changes can be implemented without much prior notice, welcome to the world of film! Totally different from fashion designing for clients, where you are much in control. We encountered this years back when we were the costume designers for MTN Project Fame. It opened our eyes to the machinations of the film world, as with any problem you live and learn. Hence, we are now able to quickly grasp the intricacies and adjust. The primary objective is that you deliver what is required, everything else you put down to experience.

With the new series, we have more actresses. We are designing for Hadizza played by Brikiya Graham Douglas, she plays a northern character who has to be covered up, which initially we found slightly daunting but then decided to spruce it up with vibrant Ankara designs and colourful shawls. Brikiya is of South-South origin but plays the character faultlessly well; getting the northern accent brilliantly. She is incidentally an old family friend. 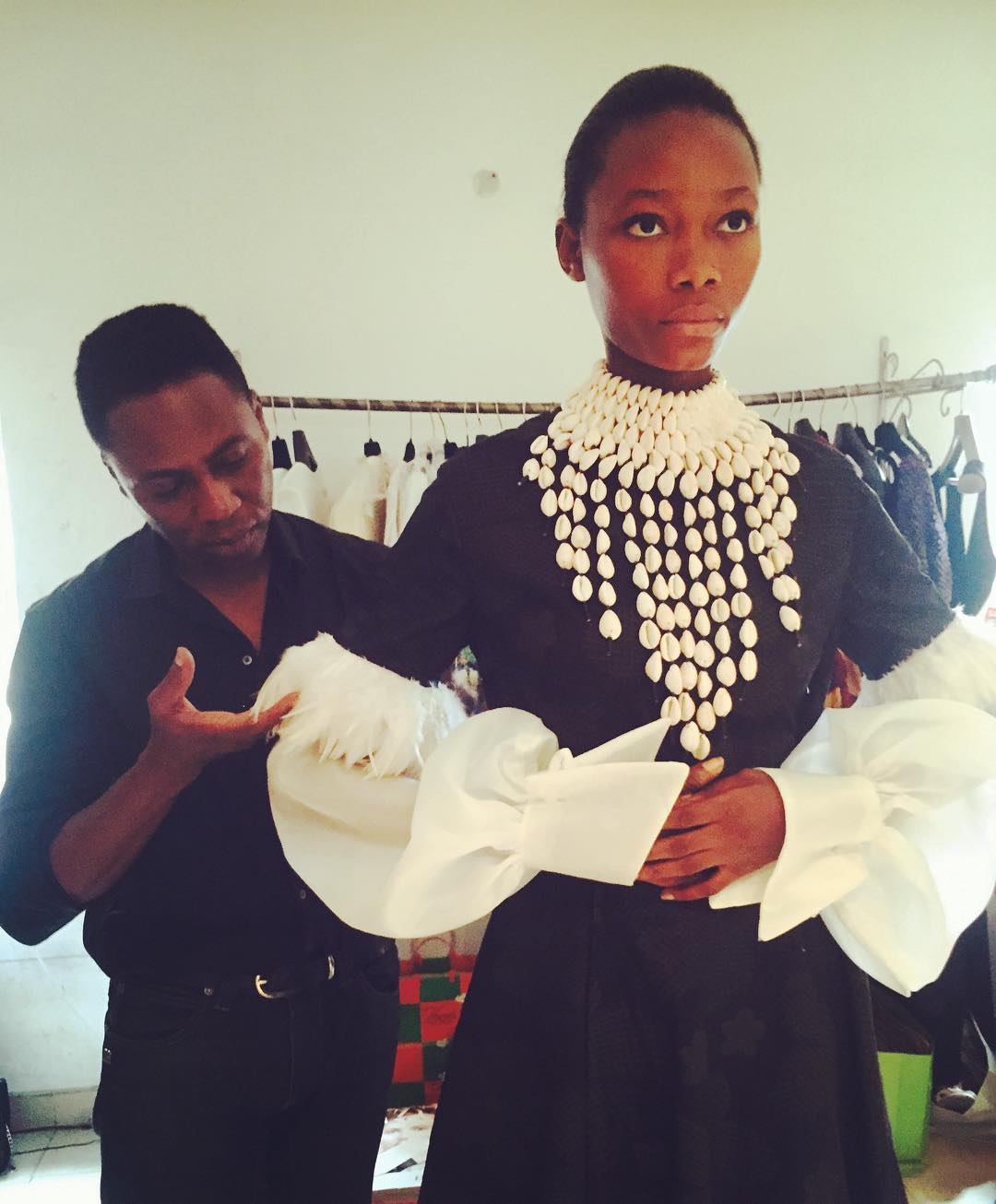 BNS: To conclude, what is the one thing you wish to tell audiences about costume design, and your work on Battleground?

Ade: My advice for would-be costume designers is to try and study it at an institution or apprentice with a successful costume designer. It’s totally different from fashion designing, you do not design all the costumes needed (except you are approached to design for some specific characters), some are borrowed or bought, you have to learn very much about the character, which would require hours of reading scripts and taking notes. You also have to remember you are working with a team of directors, and film crew who have the final say. Coupled with the whims and caprices of the actors and actresses who can be very temperamental. You have to keep your wits about you and be very professional.

The BN Style Recap: All The Stories BellaStylistas Are Loving Right Now