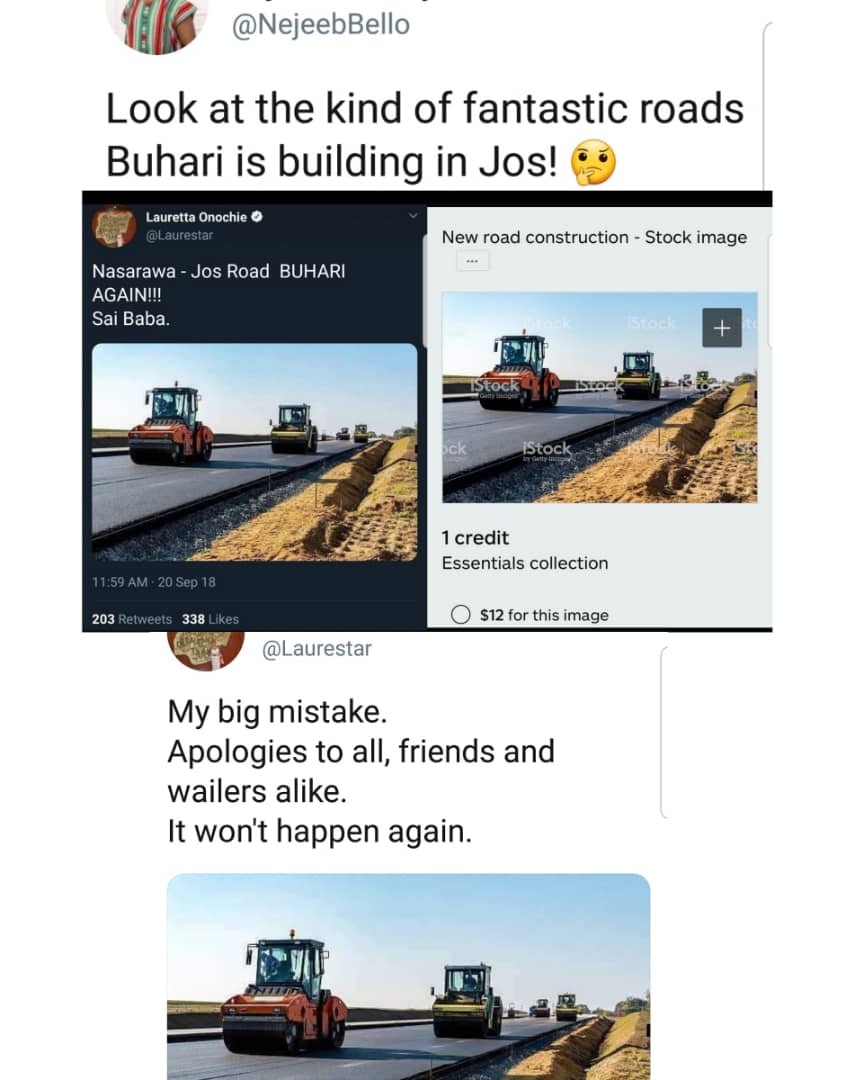 The rise of social media has seen the spread of fake news escalate and everyone (individuals and brands) have to be careful in their reportage of events – verification is highly important.

A Twitter user noticed it and shared a photo of the stock image which costs $12 alongside Onochie’s tweet.

Look at the kind of fantastic roads Buhari is building in Jos! ? pic.twitter.com/FrgUhD5RpX

Onochie went on to apologise, saying it won’t happen again.

My big mistake.
Apologies to all, friends and wailers alike.
It won't happen again. pic.twitter.com/G3pZroVU0J

Uber Driver allegedly stabs Passengers for Vomiting in her Car