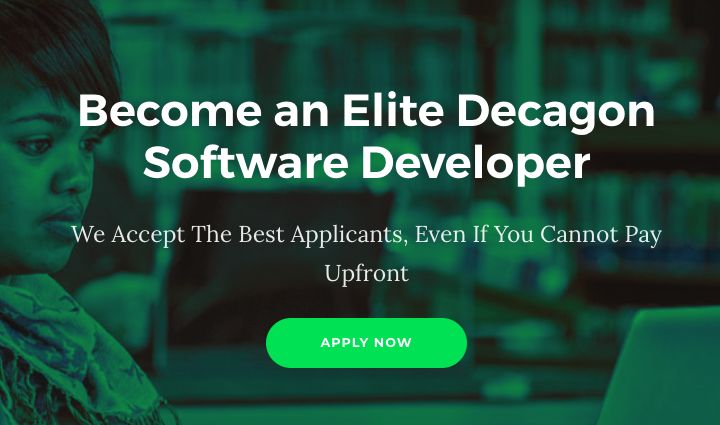 Are you an aspiring software engineer but lack funds to get the adequate training for the career of your dreams?

We’ve got an opportunity for you to leverage on.

Decagon Institute, will train talented applicants for 9 months, even if they cannot pay upfront, and then place them in software engineering companies across the country and internationally.

As you begin to earn, a portion of you income is deducted to pay your training fees.

Decagon Institute was founded by Chika Nwobi, a tech executive and investor behind top brands like MTech, Jobberman, Cheki, WhoGoHost and Babybliss.