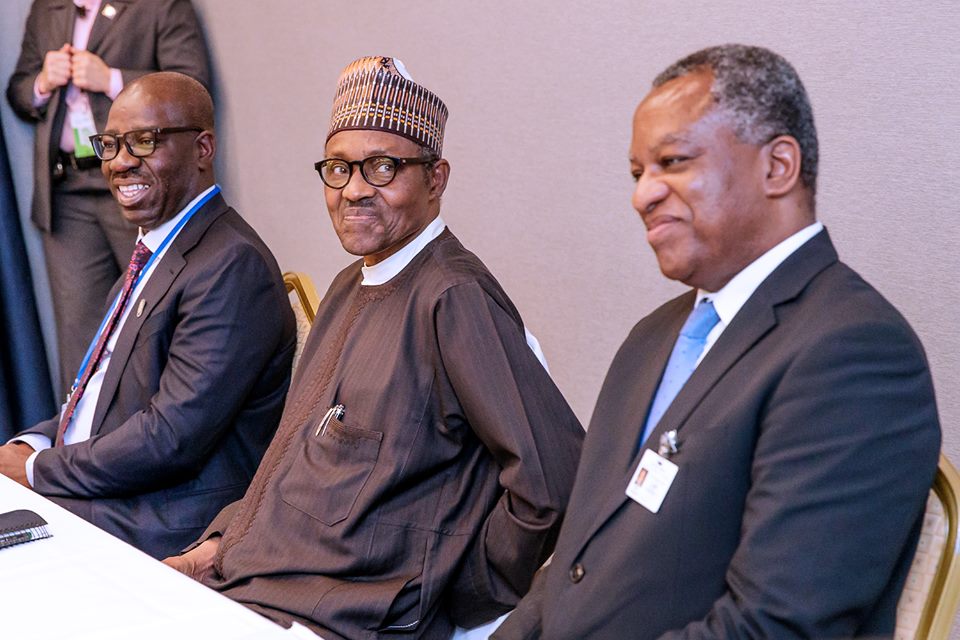 President Muhammadu Buhari has said that he’ll leave some difference in the presidency if he wins the 2019 election and “survive the next four years”.

The president made this known in an interactive session with Nigerians in diaspora on the sidelines of the United Nations General Assembly.

“If I win the next election and I survive the next four years, I will do better,” TheCable quoted Buhari as saying.

In a statement released by the president’s media aide Femi Adesina, Buhari said Nigeria’s elite “allowed the country to be mismanaged for 16 years of Peoples Democratic Party (PDP) rule, without as much as raising a voice in consternation.”

Buhari was quoted as saying:

They didn’t say a word. Under the PTF (Petroleum Trust Fund, of which he was Chairman), we did roads from Lagos to Abuja, to Onitsha, to Port Harcourt. Since then, the roads were not done, between 1999 and 2015, yet the elite did not say a word.

I was called Baba Go Slow. Those who were going fast, where did they get to?

Three times I contested elections; three times I went to court after the elections were rigged against me. No justice, but I said ‘God dey.’

It was mainly the ordinary people that stood by me. That is why I am always conscious of them. They are my constituency. Even pregnant women on the queue would fall into labour, go to have their babies, and still come back to vote for me. I will keep doing my best for the country.

I’ve tried to do my best since I came. Security-wise, we are better. Boko Haram still conducts cowardly attacks, but the insurgency is not the same as it used to be. They are terrorists, and have nothing to do with religion. We will continue to deal with them. Ask people in the North-east, especially in Borno State, they will tell you they can sleep with two eyes closed now.

Buhari told the Nigerians in diaspora who say they want to return to the country: “You are contributing to this great country (America). If you want to help back home, invest in education in your constituencies. If you educate people, they won’t then accept nonsense from anybody.”

Related Topics:NigeriaPresident Muhammadu Buhari
Up Next