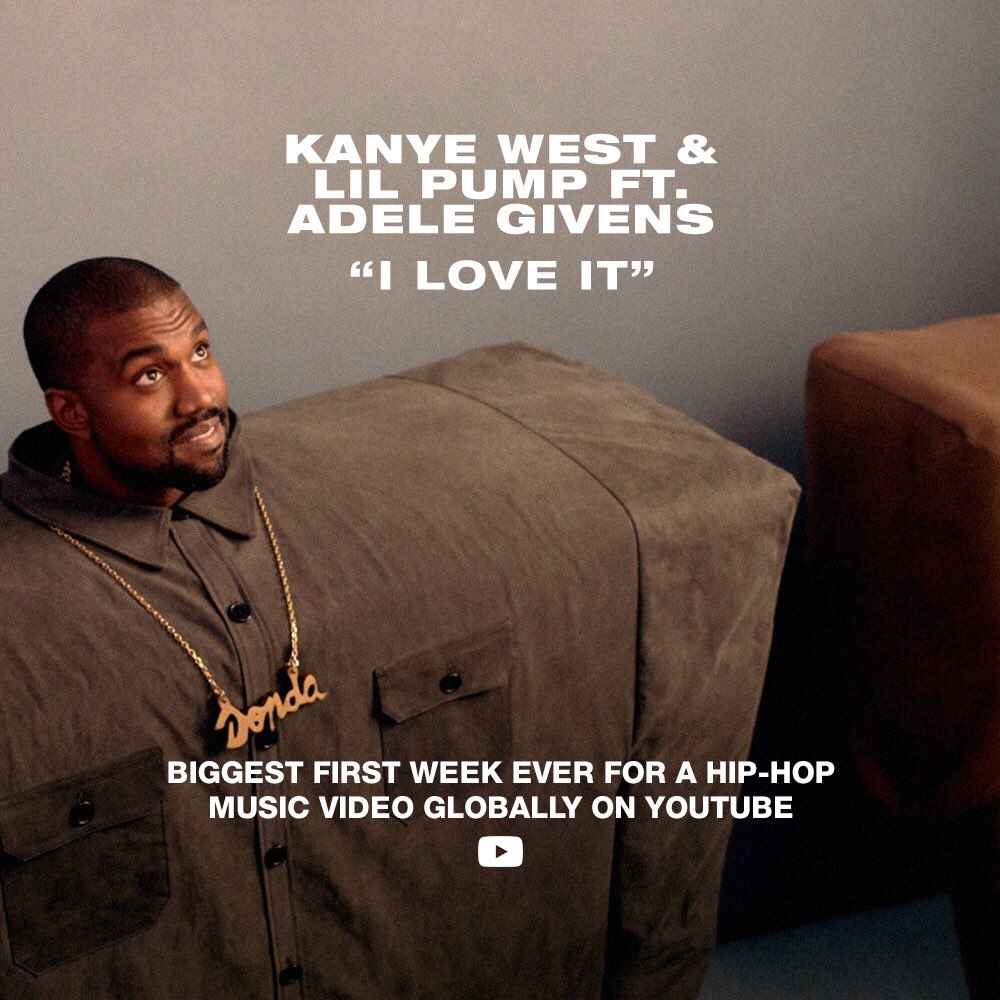 According to Hot News HipHop, Kanye’s new collaboration made the biggest first week for a hip-hop music video on YouTube, hitting 76 million views one week after release.

In addition to the song’s history making debut, the report also adds it was streamed over 115 million times globally across all streaming platforms.

.@kanyewest’s & @lilpump’s “I Love It” has the biggest debut EVER for a hip-hop music video on @YouTube.

Surprisingly the song’s provocative lines didn’t slow its acceptance as memes from the video continue to trend on social media platforms.