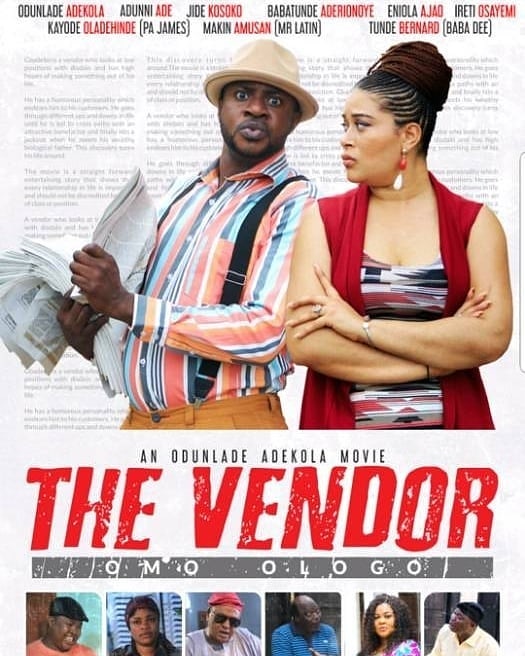 Going by the trailer for Nollywood actor Odunlade Adekola‘s latest production ‘The Vendor‘, this film will be hilarious as expected.

Gbadebo is a vendor who looks at low positions with disdain and has high hopes of making something out of his life. He has a humorous personality which endears him to his customers. He goes through different ups and downs in life until he is led to cross paths with an attractive benefactor and finally hits a jackpot when he meets his wealthy biological father. This discovery turns his life around.

The World needs to “protect, defend and thank the current crop of journalists” – Meryl Streep in Open Letter