Social Justice Advocate Serah Makka-Ugbabe is our #BellaNaijaWCW this Week 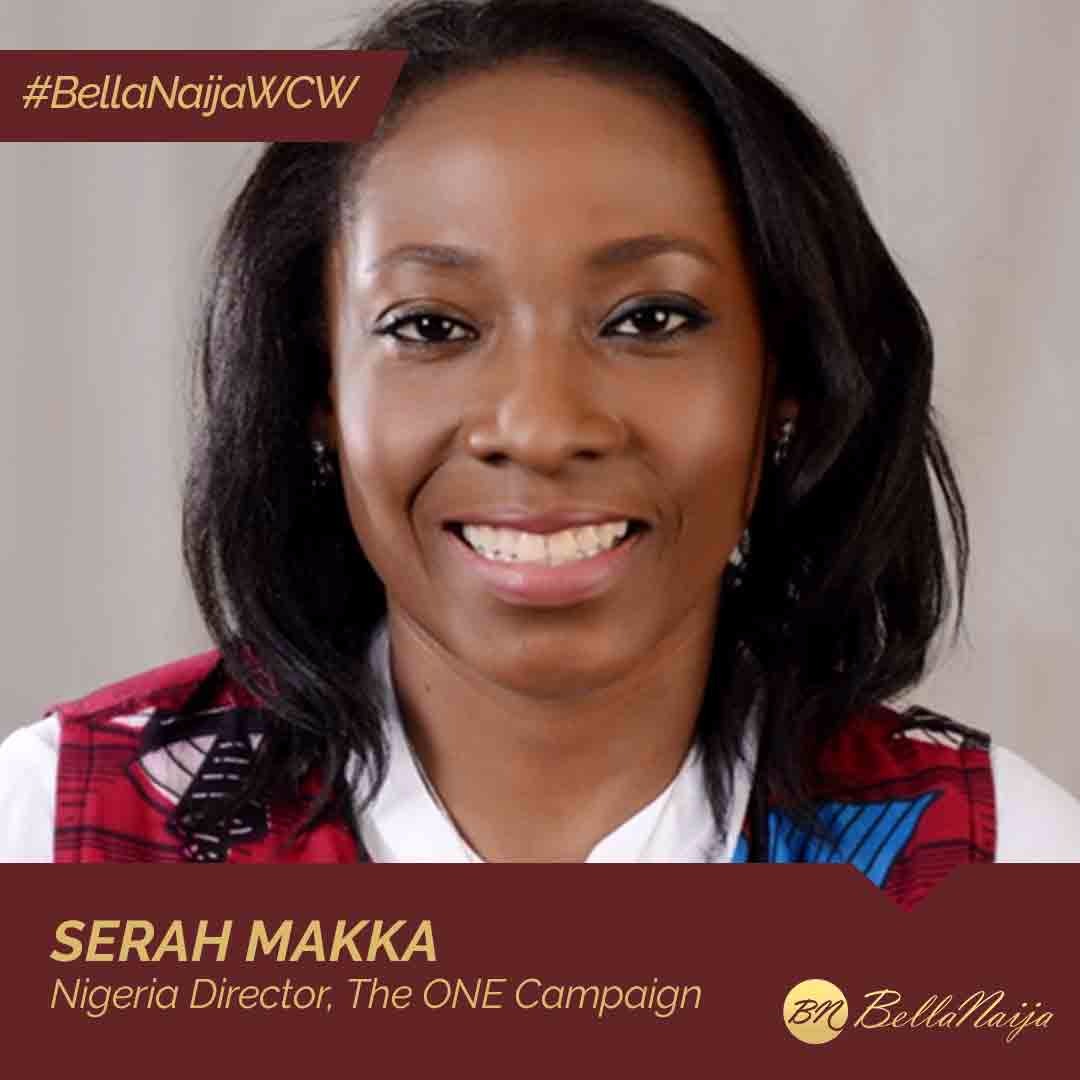 For our #BellaNaijaWCW feature this week, we’ll be shining the spotlight on a woman who has devoted her entire life in the fight for social justice across the world.

Serah Makka-Ugbabe, the current country director (Nigeria) for The ONE Campaign, “a campaigning and advocacy organisation of more than 9 million people around the world taking action to end extreme poverty and preventable disease, particularly in Africa.”

Serah began her career at FSG Social Impact Advisors in the U.S as an associate consultant which helped in supporting Fate Foundation, the first Nigerian non-profit focused on entrepreneurship training for employment.

Her passion saw her travel to Kabul, Afghanistan with AidAfghanistan to teach girls English.

She moved on to Enhancing Financial Innovation & Access (EFInA), a DFID and Gates Foundation funded Nigerian nonprofit focused on deepening financial inclusion among the low-income population in Nigeria.

Serah then joined The ONE Campaign in 2017.

She is a 2018 Archbishop Desmond Tutu Leadership Fellow, holds a Master in Public Policy from the John F. Kennedy School of Government, Harvard University, and a BA in Economics and International Studies from the University of North Florida.

Here are A Few Tips to Help You Save Time While Doing House Chores!