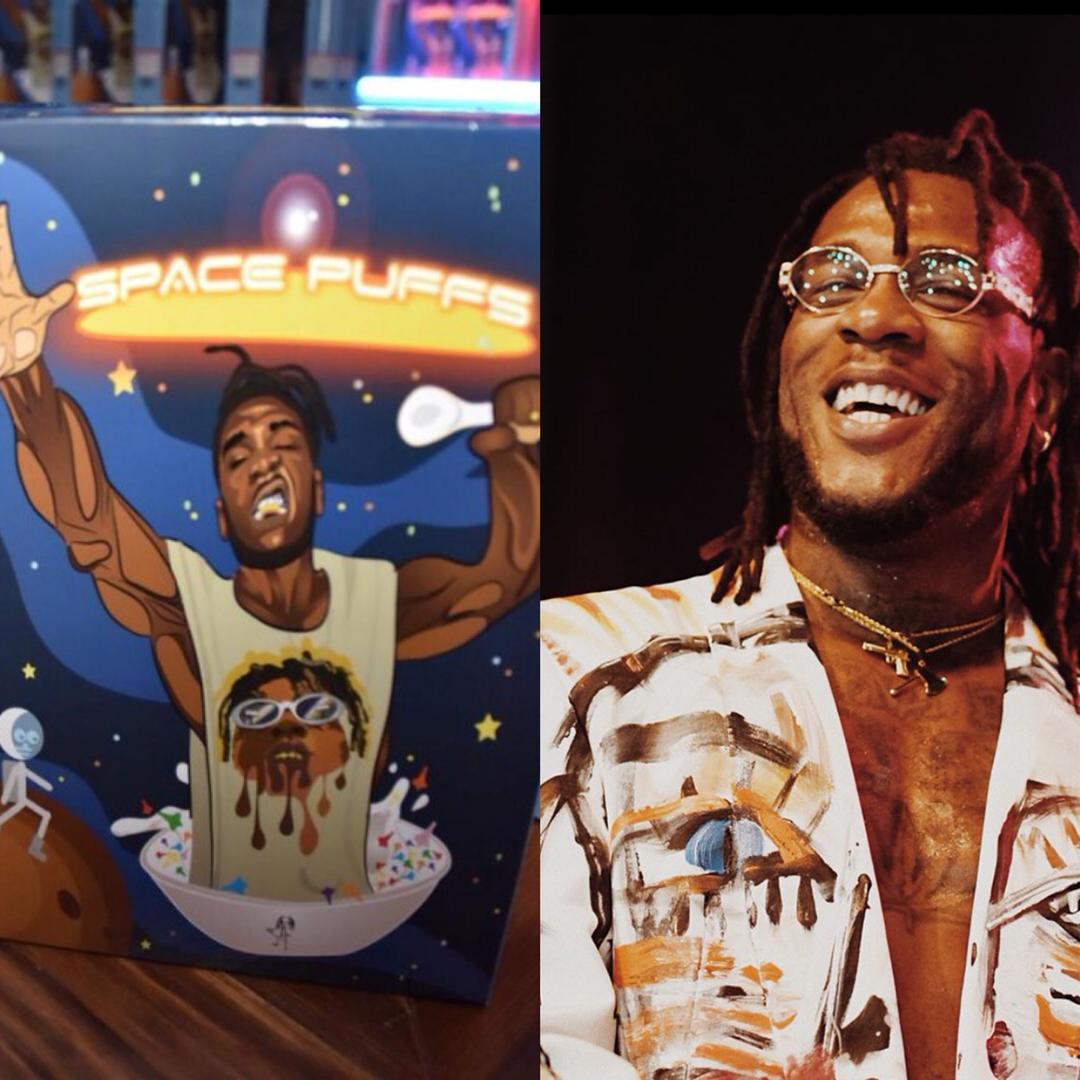 Burna Boy just added some major excitement to the breakfast table with his latest announcement of his Burna Boy Space Puffs Cereal.

The Afro-fusion star, who is currently in London for his concert, held a Pop Up sales today in London. During the event, he unveiled his limited cereal which he confirmed via Twitter are only 50 in the world!

Burnaboy Space puffs Cereal!!!
Only 50 in the world ?????? pic.twitter.com/Wl9wWVgPrA