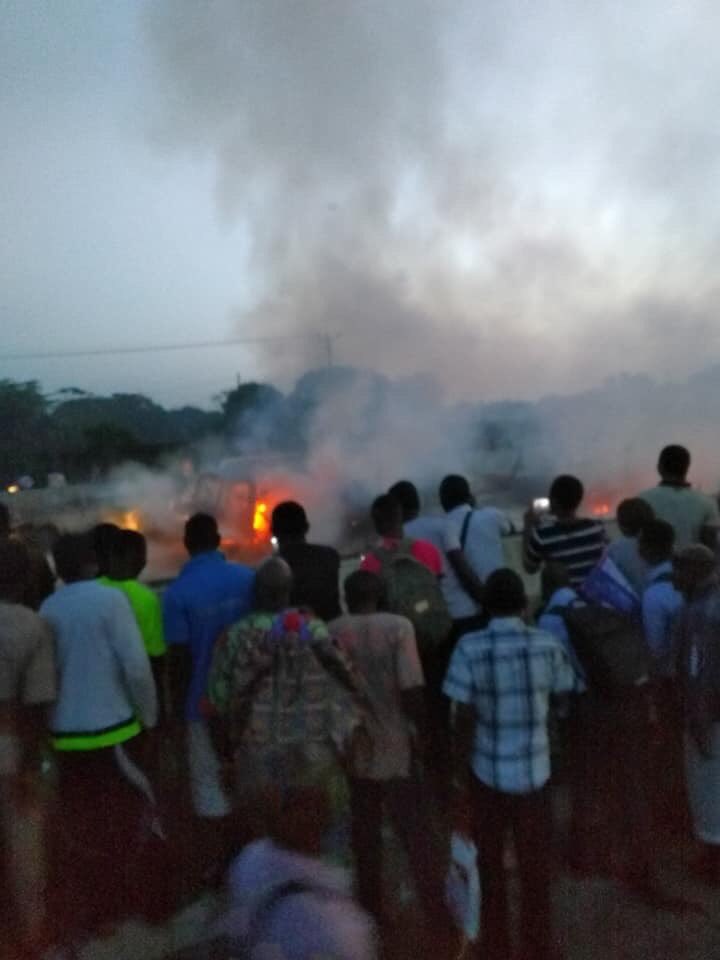 In the early hours of Tuesday, October 2nd, a fuel laden tanker fell at Barracks bus-stop due to dilapidated state of the Lagos-Badagry expressway.

The fall caused the tanker to explode and according to Vanguard, an eyewitness reports that no fewer than 8 vehicles were burnt by the fire with some people reportedly trapped in them.

No official report has been given on casualty figure or number of vehicles affected.

Social media users have shared photos and videos from the tragic event.

"@olaabdulakeem: Tanker explosion at Barracks Bustop along Lagos Badagry Exp way this early morning 2/10/2018. No loss of life had been confirmed though.@Gidi_Traffic#GIDITRAFFIC https://t.co/UwhZvKvEZe