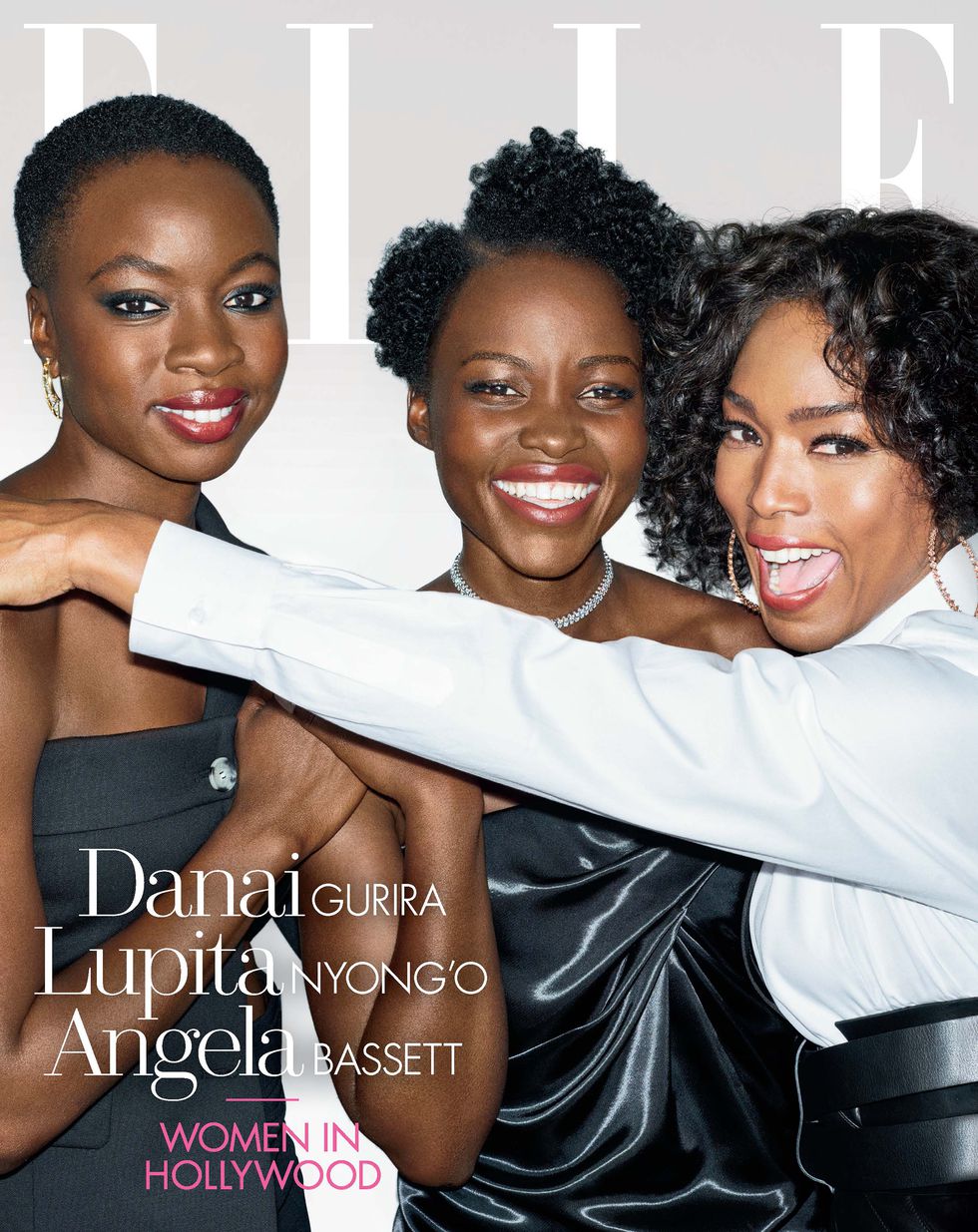 On the cover of Elle USA November issue, Lupita Nyong’o, Danai Gurira, and Angela Bassett are part of the eleven honorees of 2018 as the magazine marks the twenty-fifth anniversary of Women in Hollywood. 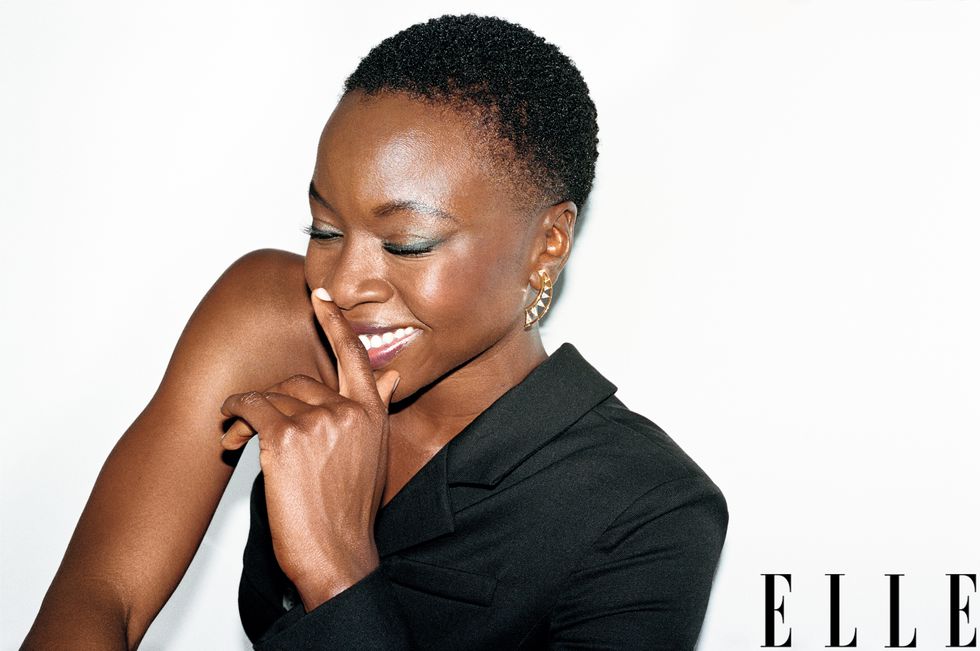 These black women were an integral part of hit movie Black Panther.

Danai Gurira displayed strength in her character in the movie and as Clover Hope Of Elle interviews the trio, Danai speaks on their role in the blockbuster. 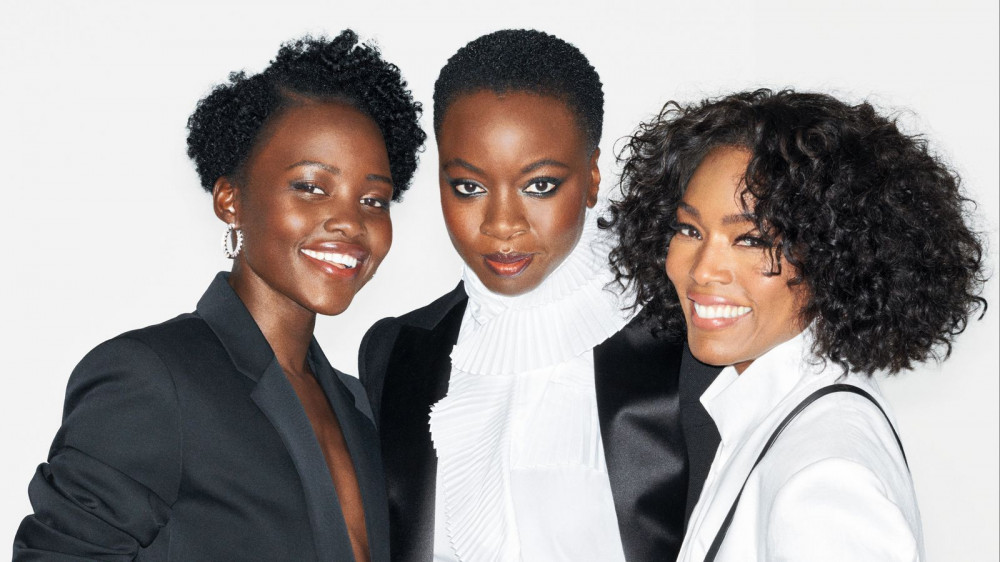 Angela on black female representation in Black Panther: The women were integral to the storytelling and the wisdom that the main character possessed. It was really important in terms of the representation of black feminine strength.

Danai on her wig-snatching scene: I loved doing that, from the minute she’s wearing that wig and complaining about it, to the minute she gets rid of it very pragmatically. That spoke to so many things about feminine aesthetics.

Lupita on relating to her character: Nakia was a departure from the character you see in the comic books. She is an independent woman and a bit of a rebel but also a loyalist to her country. I am also someone who depends on my family and friends and feels a connection to my people, and maybe has a sense of responsibility to make them proud. So I really related to that balancing act within oneself.