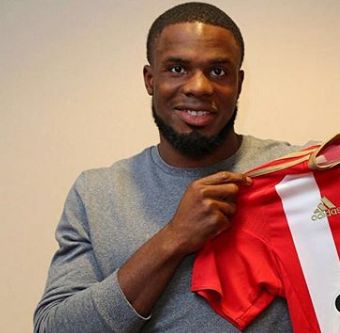 Nigerian football star Victor Anichebe has filed a complaint to FIFA against his current club, Beijing Enterprises for alleged match-fixing.

Daily Mail UK reports that Anichebe who has been in dispute with the Chinese club for a year, claims he was asked “not to try” by coaches on at least two occasions and when he tried to find out why, he was told by his teammates that there was nothing to be done.

“This is China, we do as we’re told,” he reportedly shared.

Prior to the FIFA complaint, Anichebe had sought legal advice from sports lawyer Chris Farnell and all attempts to plead with Beijing Enterprises’ general manager were ignored.

Beijing Enterprises has however denied the claims put forward by Victor Anichebe.

Related Topics:Victor Anichebe
Up Next

Olawale Ayilara of LandWey Investment is our #BellaNaijaMCM this Week!