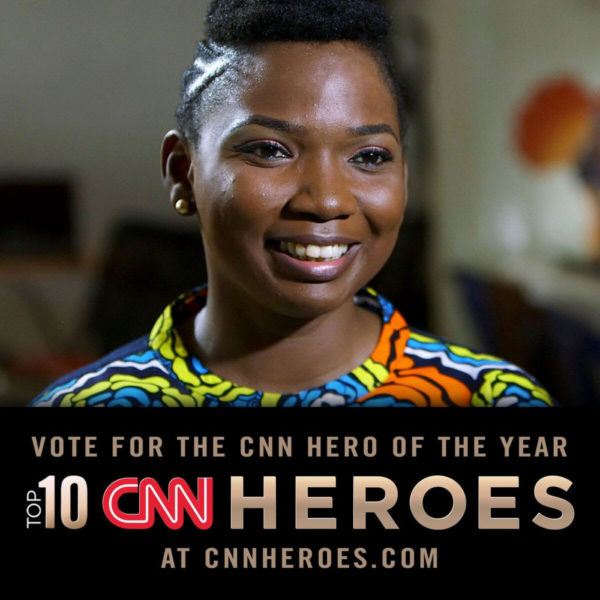 Pearls Africa Foundation’s Abisoye Ajayi-Akinfolarin has been named one of CNN’s 10 Heroes of 2018!

Ajayi-Akinfolarin is one of 10 people around the entire world who will receive $10,000 in support of their heroic endeavors. One of the 10 will be chosen as the “CNN Hero of the Year,” and will receive the sum of $100,000.

Speaking about her cause, CNN said:

Abisoye Ajayi-Akinfolarin left her career to teach computer programming to girls in Lagos, Nigeria where Facebook and Google opened offices earlier this year. A 2013 survey found that less than 8% of Nigerian women are employed in professional, managerial or technology jobs. Ajayi-Akinfolarin hopes to change that statistic.

The “CNN Heroes: An All-Star Tribute” will air live on Sunday, December 9, where Ajayi-Akinfolarin, along with the other 9 heroes, will be celebrated.

You can vote for her to become the “CNN Hero of the Year” here.