Almost ten years since Chris Brown was arrested and charged for physically assaulting Rihanna and he still hasn’t let go.

Rihanna posted a topless photo of herself on her Instagram wearing her Savage X Fenty underwear and it looks like her ex was taken by the photo.

He posted two identical comments on the photo: a flushed face emoji .

Fans were, of course, not having it, expressing their displeasure both in the comments and on Twitter.

Hit up SavageX.com now to shop the latest @savagexfenty holiday styles! Treat yourself or your loved ones with something NAUGHTY or NICE this season!! ? 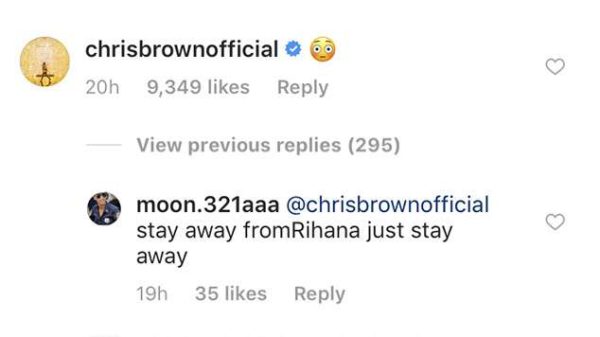 Kim Kardashian reveals she was High on Ecstasy during First Wedding