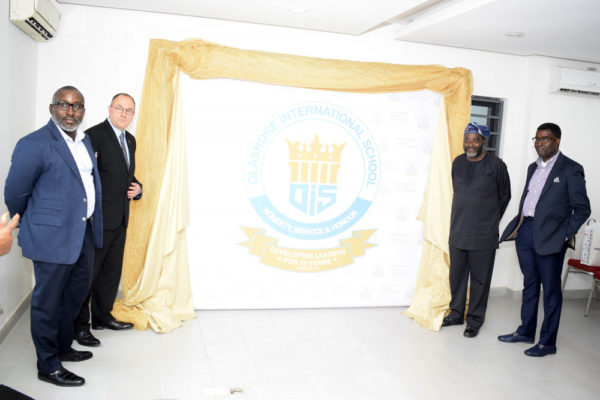 To commemorate its long scheduled activities marking its 25th Anniversary, Olashore International School unveiled its 25th Anniversary logo at the Press Briefing with journalists. The School was founded on February 18th, 1994 and has since then produced successful alumni. The logo had the School’s original logo that represents royalty and beneath is an inscription that describes Olashore as a school that develops leaders.

According to the CEO/Principal of the School, developing leaders is one of the Founder’s vision and has since been put into consideration in order to produce future leaders in character and in learning. “Fulfilling the founder’s vision, developing leaders, is what motivates all staff and students at Olashore International School and this passion is rewarded when we see the success of students who have progressed to universities within Nigeria and abroad. We have seen our students graduate with First Class degrees from Universities across the globe. For instance, In 2017, amongst our First Class graduates were Peace Eze, Class of 2012, from University of Louisiana, Oluwatunmike Olowe (Class of 2013) from Redeemers University in Nigeria, amongst others. For this consistent top level academic performance by Olashore graduates, I was pleased to receive the 2018 Africa Outstanding School CEO Award”. One key focus for us as a school is that our students can go anywhere around the world and do well thus representing the school well. What we are doing is not just passing exams but all round success. After 25 years, we are looking for people who have passed through the school and yet become outstanding in their chosen career. For instance, amongst lots of our Alumni that are doing well are Obinna Okwodu who bagged the award of the Most Promising Entrepreneur by Forbes, Bode Olanipekun who is the Nigerian’s Youngest SAN, amongst others. Our First Head Girl, went to the University in 1999 and graduated with good grades, today she is the First Female Operations Manager for Nestle Nigeria Plc. We pride ourselves in all round success, beyond the classroom. The Speech and Prize Giving Day ceremony coming up next week will also provide an opportunity to see how well our students are doing and appreciate them. Our goal in the school is to ensure that our students make their International exams. We set International standards. We are proud that we have been achieving success for the past 25 years,” he explained.

Similarly, the Chairman Board of Trustees, Prince Abimbola Olashore stated that the school was borne out of necessity to give children the best education, and he is glad that academic excellence and all-round success beyond the classroom has been the Olashore story for the past 25years. He pointed out that in the phase of recession in 2016, the school was able to survive due to certain factors put in place. “We are always prepared to meet the needs of students and meet the expectations of parents, and this the reason in the phase of recession, we demonstrated value for money, we were mindful of what stakeholders were going through in order to adjust, we absorbed certain cost structure rather than passed down to students’ fees, invested significantly in our environment, retained the confidence of parents, intensified marketing abroad and expanded the scope of scholarship for existing parents in order to make the school fees affordable. These helped us scale through the recession successfully. Here we are celebrating the school’s 25th Anniversary inspite of the ups and downs.” He further explained “what a child will become in life is determined by the character of how he or she exudes between the ages of 10 and 16. So if things are done right and the right values impacted in the child, it is most likely that the child will do well in life because these core values will help them as they go through life. This is the reason we lay claim to the success of alumni whenever they succeed anywhere around the world”.

Olashore International School has a mission to get committed to academic excellence, nurture each child to their full potentials in a safe and serene environment, develop leaders for the dynamic global society in the 21st century, which they have all portrayed in the past 25years. 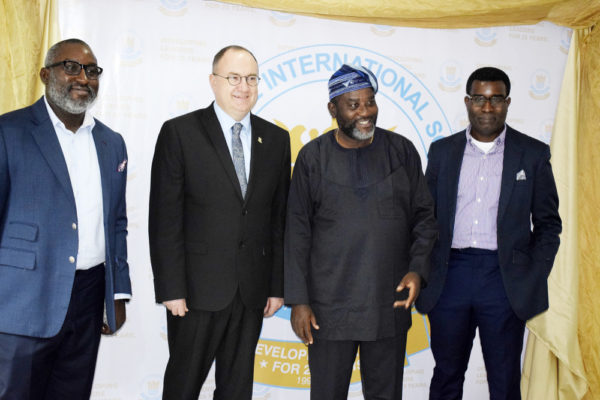