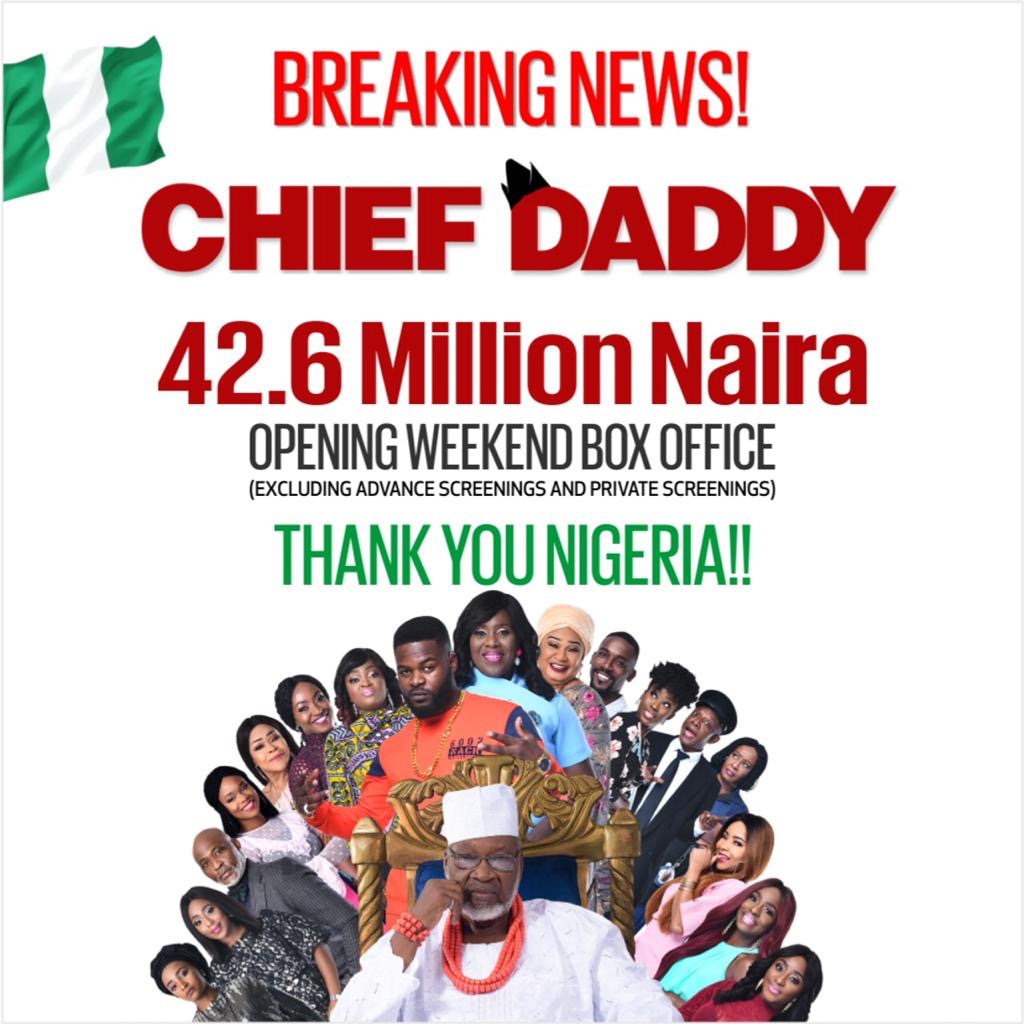 Over the weekend, EbonyLife Films ‘Chief Daddy‘ premiered in the cinemas and it’s gotten off to a good start by selling over N40 million worth of movie tickets in its first three days of regional release!

Although these figures exclude advance and private screenings, Chief Daddy is currently the number one film in Nigeria and West Africa. Chief Daddy takes the spot for the second-highest opening weekend for a Nollywood film in 2018 and the third-highest-ever opening weekend for a Nollywood film. This makes it the fifth consecutive number one feature from EbonyLife Films, following Fifty, The Wedding Party, The Wedding Party 2 and The Royal Hibiscus Hotel.

The N42.6 million debut has Chief Daddy officially surpassing The Wedding Party, Nigeria’s highest grossing movie, which had a N36 million opening weekend. Chief Daddy is on course to deliver an impressive N70 million in its first week and up to N200 million before the year ends. With this new record, this places Niyi Akinmolayan as the first film director to have two number one movies in the same calendar year (The Wedding Party 2 and Chief Daddy).