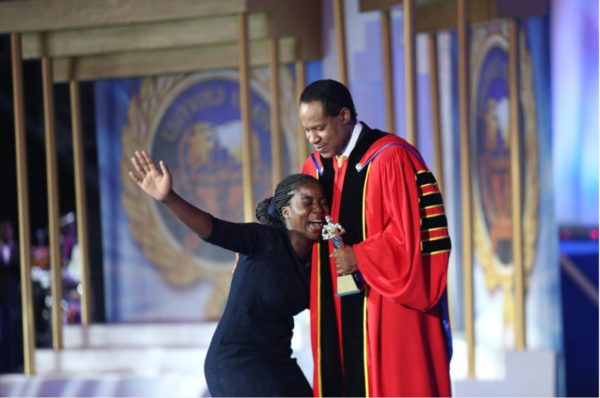 Anticipation over tonight’s Future African Leaders Awards (FALA), has reached an all-time high with the surprise announcement that the former president of Nigeria, Olusegun Obasanjo, will be attending tonight’s proceedings alongside the Honourable Solomon Dalong, Minister of Youth and Sport and Pastor Chris Oyakhilome of Christ Embassy.

The Future African Leader Awards (FALA) is the annual award ceremony headed by the Future African Leaders Foundation (FALF) which is run by LoveWorld President Pastor Chris Oyakhilome. This year marks the sixth annual ceremony and will take place in the LoveWorld Arena in Lagos. In attendance will be the Honourable Solomon Dalong, Minister of Youth and Sport and former president Olusegun Obasanjo who will be announcing the Start Prize Winner.

The appearance of government officials at tonight’s New Year Service adds to the already significant air of anticipation surrounding the event. The New Year’s Eve service this year is expected to draw a record number of participants. The attendees are eager to hear the LoveWorld president, Pastor Chris Oyakhilome, deliver his annual New Year’s Eve sermon. The announcement of the 2018 Future African Leader Award will be presented by former President Olusegun Obasanjo. In addition, Pastor Chris Oyakhilome will be revealing the new theme for 2019, phasing out 2018’s “Year of the Supernatural.”

Former president Olusegun Obasanjo’s attendance marks an important milestone for the Future African Leaders Foundation, signaling a clear recognition of the positive impact the organization continues to have on Africa at large. Solomon Dalong, Minister of Youth and Sport, is also expected to attend, further emphasizing the country’s commitment to future generations and sustainable development.

The Future Africa Leaders Award and foundation inspires young Africans to create a positive impact in their communities. Grassroots initiatives like those initiated by FALA nominees are critical for pushing Africa forward and enabling the continent as a whole to reach her full potential. The sustainable development goals achieved by the nominees are a bright light for the year ahead.

The winner of the Future Africa Leaders Award receives the ‘Star Prize’, a grant and is given the title of Future African Leader Foundation Ambassador. In addition, the FALA recipient is praised by Pastor Chris Oyakhilome and given the opportunity to further enrich communities in need.  Runner-ups also receive a grant, thereby acknowledging the positive impact they have made on their community and bolstering their will to undertake further initiatives. 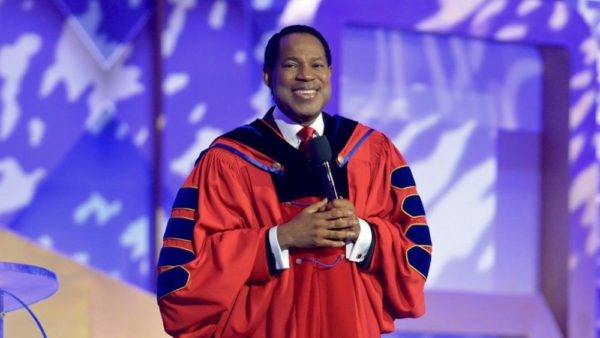 The initiatives target a range of areas including health, environment, faith, and education but the common thread across each initiative is the commitment to empowering and promoting self-efficacy amongst the African people.

Below are snapshots of the FALA accomplishments to date:

The 2018 Drugs and Blessers campaign is another impressive campaign aimed at informing students about the danger of drugs spearheaded by the Future Africa Leaders Foundation Ambassador and 2016 Star Winner Karen Musodza. Student attendees described the event as life-changing and said they felt inspired to stay sober and teach others about the danger of drugs and alcohol.

Sharon Ishiagi, 2013’s star prize winner and FALF Ambassador organized a medical outreach center in Kirombe, Uganda. With the help of participating organizations, she provided essential care to individuals in the community. Services included cervical cancer screening, family planning, and post-natal services among many others.

Tackling a sensitive but pressing issue, Lotan Salapei – the 2014 Star prize winner and FALF ambassador – raised awareness in Kenya about Female Genital Mutilation, a practice considered a violation of human rights. During the International Day of Zero Tolerance for Female Genital Mutilation in Kenya, Salapei gave educational talks and met and supported affected persons. Moreover, Salapei lit up the community quite literally. He provided solar lamps to students in a primary school in Kenya.

FALA award nominee, Meema Nkayamba empowered at-risk youth in Tanzania with essential tools needed in order to live healthy productive lives. She provided them with the knowledge that targeted their social, psychological and physical wellbeing. In addition, youth were taught entrepreneurial skills that would allow them to succeed and contribute positively to the community.

Moussavou Moulengui  Vanola Jhessy, a FALA nominee, created the GO initiative. The initiative entailed providing spiritual and health guidance as well as essential resources like food and toiletries to orphans and patients in hospitals. In addition, he established the Give to the Old initiative, with the mission to improve the living standards of the elderly.

Kamwaka Mirady Samuel, an ambassador of FALF, founded the success club, which aims to deliver higher quality education. Under his leadership, spiritual and educational materials were delivered to students in Congo Brazzaville. He also assisted students with their studies in critical subjects like physics, English, and Chemistry.

An additional educational initiative was run by FALF Ambassador Candle Shawky who organized a Summer School for kids in Egypt. The summer school’s curriculum was chock full of subjects that engaged and enriched student’s education, including computer literacy and language arts.

Lastly, Emmanuel Kanhanga, FALA nominee, created a climate action project in his native city of Luanda in Angola by initiating a clean the city initiative. He mobilized an impressive number of young people to clean Luanda, using radio and TV to broadcast the event.

Parrish members feel confident that if the past serves as any indication of the future, the initiatives run by this year’s nominees will be no less exceptional. Many have commented that what makes the annual Future African Leaders Awards special is how it extends beyond the screen, inspiring young Africans around the continent to take action in their community. 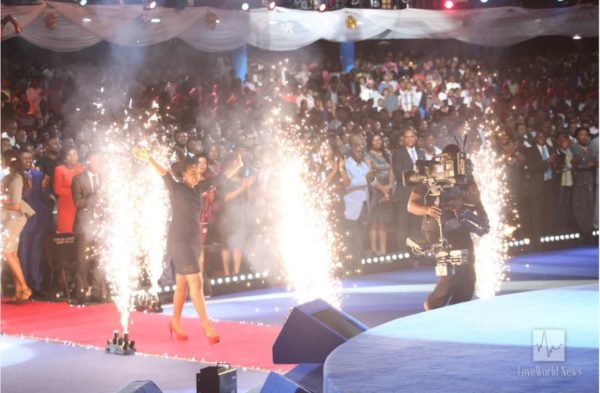 An elderly member of the Christ Embassy explains that she watches the event every year with her grandchildren. Last year, she says, her grandchildren decided to start their own volunteer projects. They even created a mini version of the awards. “It was just phenomenal to see – and it really shows you the power of these kinds of events and the power of Pastor Chris to create good.”

The event’s proceedings will be broadcast live on CeFlix and all the LoveWorld networks (LoveWorld Plus, LoveWorld SAT, LoveWorld TV, LoveWorld USA), all available on mobile apps today, December 31st at 22:00 GMT.   Last year the proceedings began with Pastor Chris expounding upon 2018’s theme of Supernatural, which was followed by the Future African Leaders Foundation awards. Viewers are encouraged to join the conversation about the event on KingsChat. Leaders and events in attendance tonight include Pastor Chris Oyakhilome’s sermon, the FALA Future Africa Leaders Award Ceremony, the announcement of the Star Prize Winner by former president Olusegun Obasanjo and an appearance by the Honourable Solomon Dalong, Minister of Youth and Sport.
—————————————————————————————————————————————–
Sponsored Content

Thank you, BellaNaijarians! Let’s Look Back Together as we Celebrate our Blessings and Achievements in 2018

What are Your Expectations for the New Year?