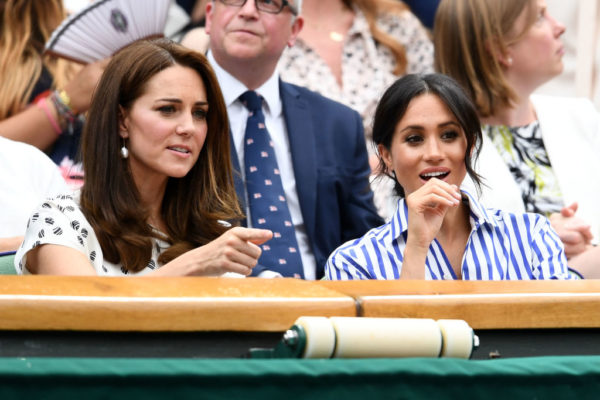 In a rare move of addressing rumours, the Kensington Palace has dismissed rumours of an alleged argument between Meghan Markle and Kate Middleton.

People reports that a Kensington Palace spokesperson said of the rumour, “It never happened.”

People did confirm, though, that Kate was “left in tears” after a fitting for Princess Charlotte’s dress for Meghan and Prince Harry‘s royal wedding.

The two have been seen out together after that, even going together on a solo outing to Wimbledon 2018.

#MissUniverse2018: Nigeria’s Rep Aramide Lopez is a Beauty in White for Welcome Dinner