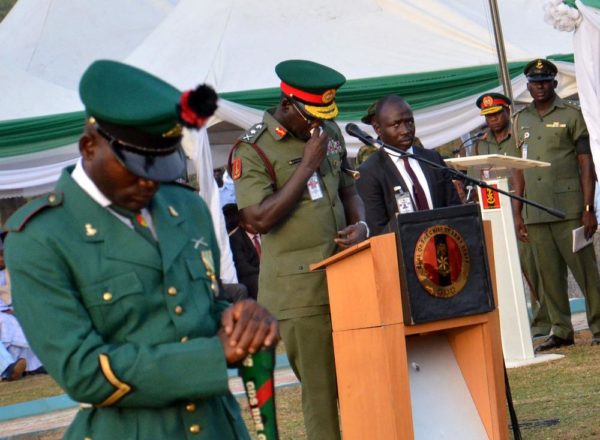 Punch reports that a private burial ceremony will be held in honour of the over 100 soldiers killed by the terrorist sect Boko Haram.

Over a hundred army officers were reported dead after the terrorist raided the base in Borno State, home of the Nigerian Army 157 Task Force Battalion.

A widow of one of the slain soldiers who reportedly spoke to Punch said the army has contacted her and told her her late husband’s burial will be held in Maiduguri on Friday.

I was invited for the burial of my husband with a few others this Friday in Maiduguri.

Sincerely, we don’t even know how many will be buried and the army is not giving us any information.

Although the army is yet to release an official statement, a colonel who spoke on the condition of anonymity said:

Gen Buratai said only 23 soldiers were killed in the attack. He also put the number of troops wounded in action at 31. However, we all know that is not true. Over 100 were killed and a private burial is now being organised in order not to expose their lies.

“If you don’t have power, it is not the government’s problem… but I’m concerned” – Fashola