An Amazing Night of Praise & Worship: Watch the Highlights of #TheExperience 13 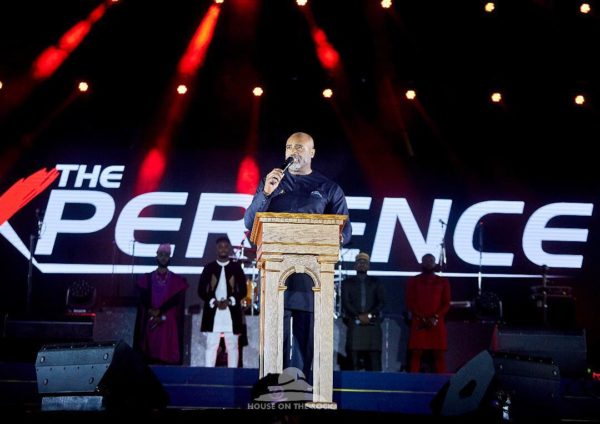 The 13th edition of the annual The Experience concert at the Tafawa Balewa Square, in the heart of Lagos Island, was just as amazing as the previous 12 editions, Christians from all over Nigeria coming together for a massive night of praise and worship.

Those unable to watch live from TBS also got the opportunity to watch a livestream on DSTV channel 198 and YouTube. The official hashtags #TheExperience13 and #TE13 also trended on social media, attendees sharing their worship live with people unable to watch.

Missed it? You can watch live recordings here. We’ve also compiled the highlights of the night. Check them out:

Pastor Paul Adefarasin, the convener of The Experience event, did what pastors rarely do in this part of the world: call out politicians for their lacklustre leadership.

Although a lot of politicians were seated in the audience, including the Lagos State governorship candidates for the 2019 elections Jimi Agabaje and Babajide Sanwo-olu, the pastor, introduced to the stage by his wife, Ifeanyi Adefarasin, asked that Nigerians demand better leadership from their leader. He dropped lines like: “We value thieves instead of prosecuting them,” “When you go to the polling booths, vote for your values.” See what social media users had to say:

Love what Paul Adefarasin is doing with a platform such as this…not only speaking truth to power, but also helping to engineer an ideal which a people should follow.

Whenever you benefit from the crime in this Nation you impair our growth (Word)
Pst Paul Adefarasin ? #TheExperience13

"Do not misuse an opportunity like this to call Nigeria back to patriotism"- Pastor Paul Adefarasin #theexperience13 pic.twitter.com/wZG8HIo6Ic

Watching Tope Alabi’s praise session is always an experience. The way she manipulates the Yoruba language, creating new words to praise God is awe-inspiring. Even social media users had to testify that watching her perform moved their souls. And it didn’t hurt that her gele was 100!

OLUWA E TO BI????????‍♀️. Mama TOPE ALABI IS A CARRIER OF GOD’S PRESENCE ABEG. You don’t even have to understand what’s she saying but you can feel Gods presence #TheExperience13 pic.twitter.com/qCsFRnlTvo

Tope Alabi is another level of celestial realm…. Like the words she uses to describe God be like both of them do closed door meeting #TheExperience13

Tope Alabi's lyrics are so deep – like bottomless-deep. Such inspiration.

She said we dare not even say 2 God "may the crown live long on the King" cos we don't know when he got that crown or what the crown looks like. Just think of God's unsearchable greatness!#TheExperience13

I don't understand most of what she says, but Tope Alabi is a wonderful singer. #experience13 pic.twitter.com/mkBhcA0XUN

The “Nara” singer opened the show last night, and, of course, it was a grand opening, with a marching band and a group of dancers. And even better was that later in the night, he joined Travis Greene on stage to perform “Nara” with him. See what everyone had to say:

Tim Godfrey has to be the best performer at Experience in recent years.#TE13 #JesusOurPeace

I like Tim Godfrey's style. He picks the easiest Nigerian christian songs and adds a lot of guitar riffs and drum solos and voila! concert don set.#TheExperience13

Tim Godfrey's back up singer's are legit street #TheExperience13

People had asked why Timi Dakolo was performing in The Experience 13 when he isn’t a gospel singer, and his performance was sufficient as an answer.

The singer gave a patriotic performance, complete with repelled colonisers and a multitude of Nigerian tribes and the Nigerian flag. He performed a song titled “Great Nation,” which so many have said needs to be our new National Anthem, the song is that powerful.

If I become President, the first thing I'm doing is to change that boring, bland National anthem and replaced it with Timi Dakolo's Great Nation .

This Timi Dakolo ‘Great Nation’ should be our National anthem. #TheExperience13

Every year, Chioma Jesus comes along to blow our minds with her worship songs and the fast-paced style of the unique “Aba” sound, Chioma Jesus’ ministration was loved by everyone. Her headgear, too, was beautiful.

I was confused for few minutes as Chioma Jesus kept repeating “Chioma” … Was wondering why is she hyping herself until I saw “Chioma” means “Good God” in Igbo ??#TheExperience #theexperience13

Chioma Jesus was it for me; that woman was in another planet. My first time at #TE13, it was a bomb. The crowd n energy ehhh..