Even if I choose the Pope as Running Mate, 67% of Christians in Southern Kaduna won't vote for me - El-Rufai | WATCH 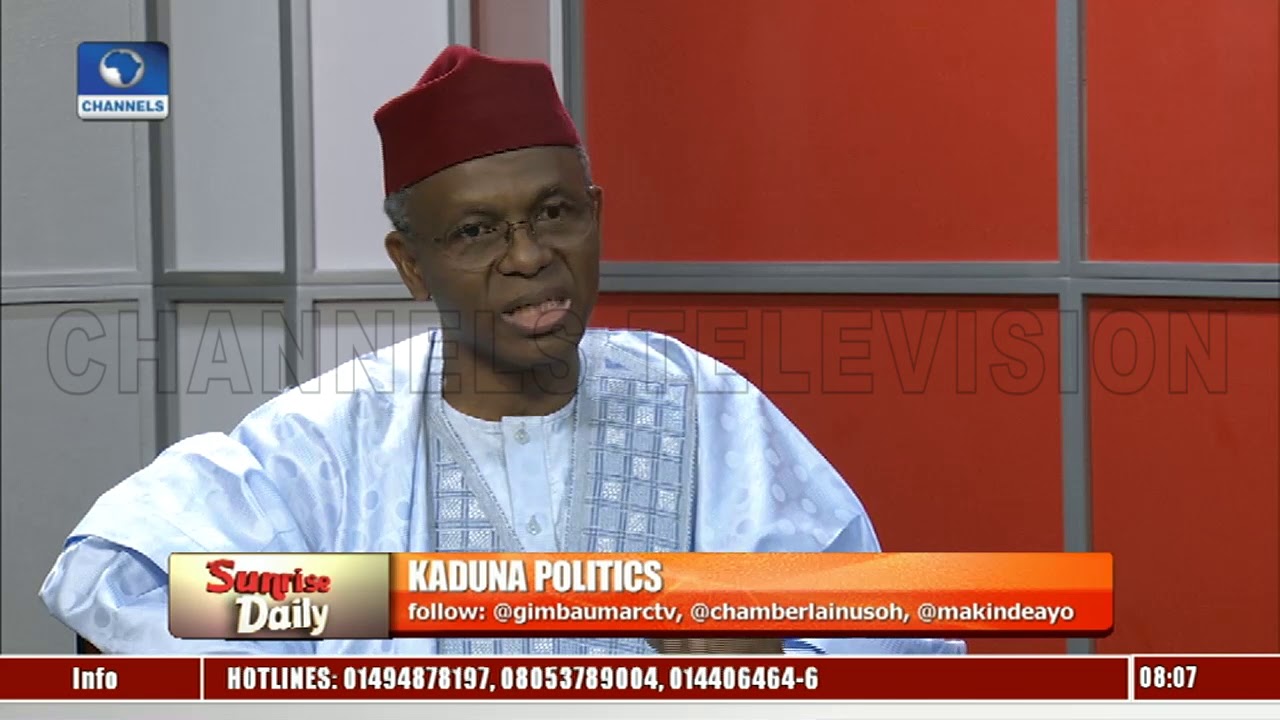 Governor of Kaduna State, Nasir El-Rufai has defended his choice of a Muslim Hadiza Balarabe as running mate.

El-Rufai said this while speaking on Channels Television‘s Sunrise Daily.

“What if I tell you that no matter who I choose as my running mate, even if I choose the Pope, 67 per cent of the Christians in Southern Kaduna have made up their minds that they will never vote for me. This is what the polls show,” El-Rufai said when asked if he’s not worried about losing votes from Christians because of his choice.

So for me, that is not the issue. The issue is this. Kaduna State is divided; it needs to be united. The way to begin to unite it is to take religion or ethnicity off the table. Since 1992, every deputy governor of Kaduna has been a Christian. What has it done for the state? Has it united the state? Has it assuaged the feelings of the Christian minority that they are part of the government?

My current deputy governor (Barnabas Yusuf Bala Bantex) is a Christian and I didn’t pick him because he is Christian, I picked him because we were colleagues from university and I know him to be a brilliant, focused and just man; but did that change anything? In fact, what it did was to bring disrespect to him. No one respected him in Southern Kaduna because he is in what they call an Islamic party. So, there are complicated issues in Kaduna which people sitting from a distance will not understand.

Watch that part below:

“Once you join APC, all your sins are forgiven” – Oshiomhole | WATCH