Juliet Ehimuan: Consider the Unlimited Possibilities at Your Fingertips 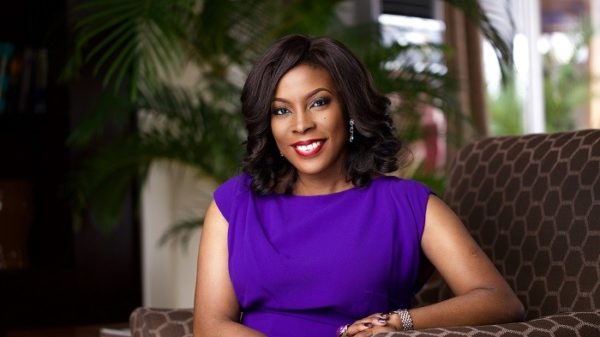 “Light up the light of knowledge and the darkness of ignorance will disappear.”

These are the words of Eric Oduh, a young Nigerian, a former dumpster diver whose mode of earning a living was by combing Ajegunle and Ojota dumpsites for re-usable materials. Eric now inspires young people in Ajegunle through his music and by sharing of his life experience. Technology, and in particular the Internet, has played a key role in transforming Eric’s life and helping him to fulfill his dreams.

Of the many diverse and fascinating opportunities before us today, the most important and immediate are presented by the technological revolution, which is completely transforming the way we live, work, and relate with one another. In its scale and complexity, what has been dubbed the fourth industrial revolution is unlike anything humankind has experienced before.

The fourth industrial revolution began at the turn of this century and builds on the digital revolution. It is characterized by a much more ubiquitous and mobile internet, by smaller and more powerful sensors that have become cheaper, and by artificial intelligence and machine learning. We no longer go online, we live online.

Consider the unlimited possibilities of having billions of people connected by mobile devices, giving rise to unprecedented processing power, storage capabilities, and knowledge access. We carry with us at each point in time a virtual world of cyber friends, followers, communities, opinions, preferences, information.

It would seem that most of Africa was left behind as the world went through the first, second, and third industrial revolutions. Africa – a continent of over 1.2 billion people, with 70% throbbing, energetic and hardworking young population. How can such a land with the blessing of sunshine be referred to as the dark continent? Is there any justification for Africa not only being part of the fourth industrial revolution, but even, and more importantly, leading it?

The words “leapfrog,” “potential,” and the phrase “Africa rising” have been used far too many times to the point of fatigue in the same sentence as Africa. How can we really leapfrog development? When will the ever elusive potential be realized? How do we rise to greatness and leadership on the global scene? Whilst it would be overly simplistic to say that there is a magic bullet, I would assert that bringing the power of information to the hands of the average African youth can help to fuel economic growth and transformation by opening up and enabling participation in the digital economy.

In my line of work, I have seen this transformation in the lives of so many Nigerians and Africans. There are many like Eric who have been able to chart a new course for themselves by leveraging digital technologies – finding new jobs, learning new trades, starting new businesses, or growing existing ones beyond borders. The story of Olumuyiwa Asurf also comes to mind. Asurf, a young Nigerian, could not afford to further his education beyond secondary school. He got introduced to the Internet and found that he could watch “how to” videos on YouTube. He would stay up all night when browsing rates were lower to download these videos and then watch them during the day. In this way, he taught himself videography – an area he had a passion for. Watching these “how to” videos, he learned how to operate a camera, how to take different shots, editing, and production. He built capacity to the point where he was able to get a job in a videography organization and two years later, he started his own business called Asurf worldwide. Asurf worldwide focuses on video creation, film production and has successfully developed a portfolio of large corporate clients operating locally and internationally. In 2016, one of Asurf’s short films won the Africa Magic Viewer’s Choice Awards (AMVCA), and he was nominated for the Nigerian Entertainment Awards in the US. Asurf now employs 17 people – 7 full time staff and 10 freelancers. This is someone who could have been a liability to himself, his family, and his country. He has gone from being unemployed to becoming an employer of labour, training others, and contributing to job creation. This is an example of what is possible when we empower our youth with access to information that they can use to develop and create opportunities for themselves.

Currently, Nigeria has an unemployment epidemic. Across Africa, about two million jobs are created annually. However, the continent has 11 million people entering the job market annually. This presents a huge gap and a critical challenge. The Nigerian youth (as a proxy for African youth) are a very talented people. It is unfair and criminal for our young minds to be left behind or excluded from participating fully in the digital economy. If this energy is not directed to productive use, we could have a disaster waiting to happen.

As a nation, what is our collective vision for the future of our youth and the country at large? This shared vision and a shared understanding are particularly crucial, if we are to shape a collective future that reflects common objectives and values. We must have a comprehensive and nationally shared view of how technology can reshape our lives and those of future generations, and how it can reframe the economic, social, cultural, and human context in which we live.

A huge concern, though, is that we are too often caught in traditional, linear (and non-disruptive) thinking, or too absorbed by immediate concerns to think strategically about leveraging the forces of disruption and innovation to shape our future. Most of Africa’s biggest challenges will not be solved by traditional methods of the past. With machine learning and artificial intelligence, these problems can be solved in a radically different way – both faster and more cost effectively. For example: with your smartphone, camera, and existing apps, you can prevent diseases, predict severe climate conditions like droughts, and address financial inclusion for the unbanked. If we are to “leapfrog,” realise our “potential,” “rise,” then these tools, platforms, and competencies need to be mainstream.

It is crucial to light up the continent with relevant infrastructure and access to information. Creating an enabling environment for infrastructural growth and digital skills development are all contained in the national broadband plan. Where do we stand on this plan? Will we ride on the wave of current digital trends to change the course of our future? The question is not “can we?” The answers are right before us. The question is “will we?”

Juliet Ehimuan is Country Director at Google leading Google’s business strategy in W/Africa and Next Billion Users initiative in Africa. Named Forbes top 20 power women in Africa, and featured in BBC Africa Power Women series, Juliet is a thought leader on digital business strategy and leadership. She is the Founder of Beyond Limits Africa, a leadership and organizational capacity building initiative. Links to the stories highlighted in this article can be found online: @jehimuan. Juliet was also featured as a Guardian Woman.