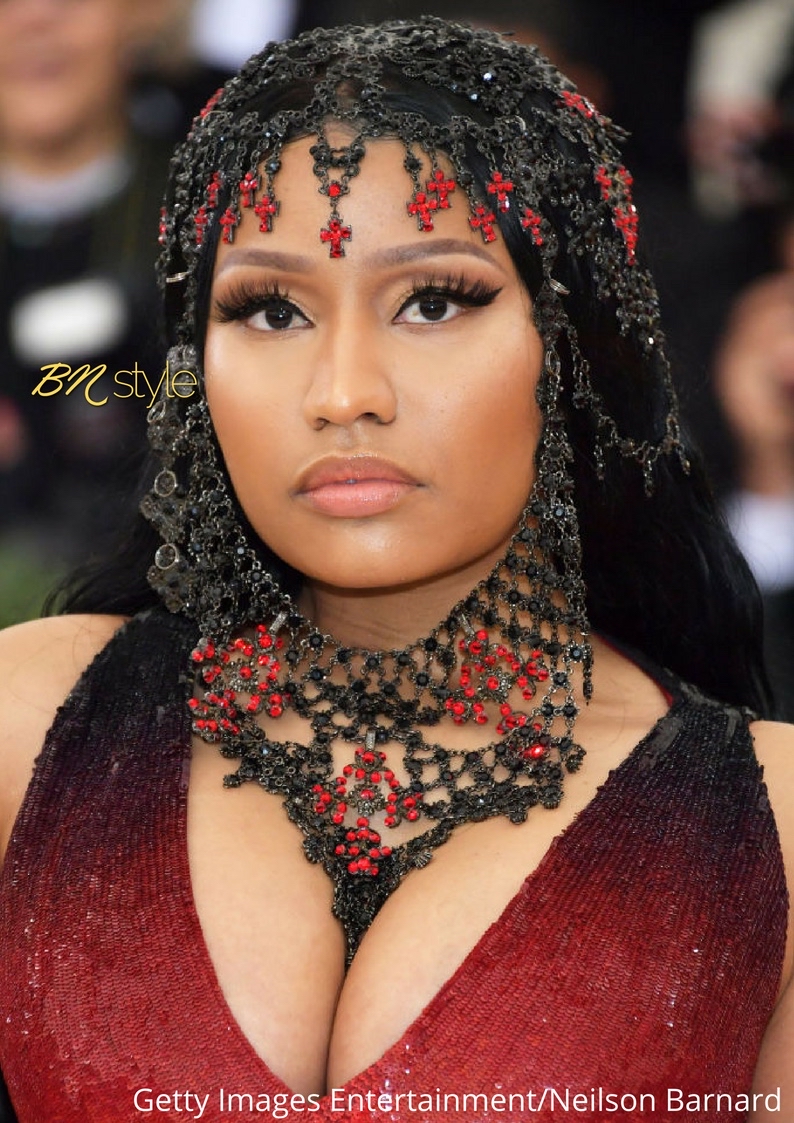 TV network, BET has apologised to Nicki Minaj following the network’s inappropriate shade at her after Cardi B won at the Grammys.

“Meanwhile, Nicki Minaj is being dragged by her lace front,” the station had reportedly tweeted alongside a post about Cardi’s win.

However, BET has taken down the tweet and issued an apology on all their platforms.

“The respect we have for Nicki was violated by a post that should never have been written,” a statement by BET spokesperson reads.

“We deeply apologise for the hurt, disappointment and confusion that this post has caused. We are committed to doing everything we can to address the situation.

“We are also conducting an internal audit to assure these types of posts are not published again.

“We have apologised to Nicki and her team. The post has been removed and we have taken additional appropriate action.

”We understand Nicki’s position and look forward to continuing our dialogue with her. Finally, we apologise to all of her fans. This should have never happened.” 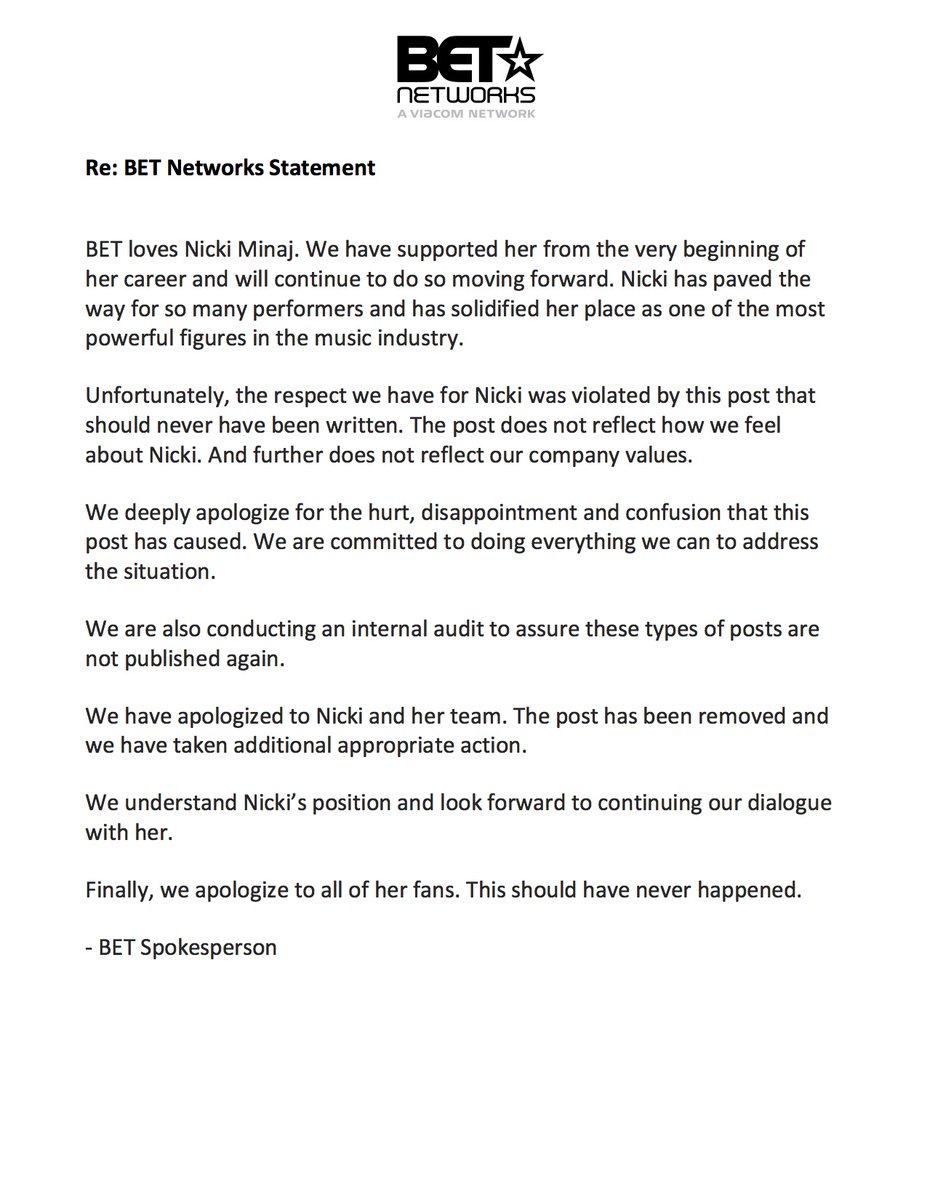 Meanwhile, Nicki Minaj will no longer perform at the BET Concert in April. She announced the decision Monday, following the network’s attempt to ‘shade’ her in the aftermath of the Grammys.

The singer announced the decision on Twitter saying: “Young Money will no longer be part of the BET Experience or award show.”

Nicki Minaj then thanked her fans for supporting her.

Young Money will no longer be apart of the BET Experience or award show. ♥️??♥️ Summer Tour dates dropping soon ?

“I should’ve known when you took my son as your own” – Ciara’s New Song ‘Greatest Love’ is definitely for Husband Russell Wilson & it’s so Sweet ?