Since announcing their engagement, Prince Harry‘s relationship with former actress and American TV star Meghan Markle has had its share of scrutiny in the media.

Meghan Markle has also been plagued with a number of rumors about her – from her father being in the media constantly to stories about her staff.

In a new issue of People Magazine, five of Meghan Markle’s best friends are breaking their silence on the stories that have been told about the Duchess. The friends spoke anonymously, in a bid to clear the air about some things that have spread about her personality and her relationship with her family. 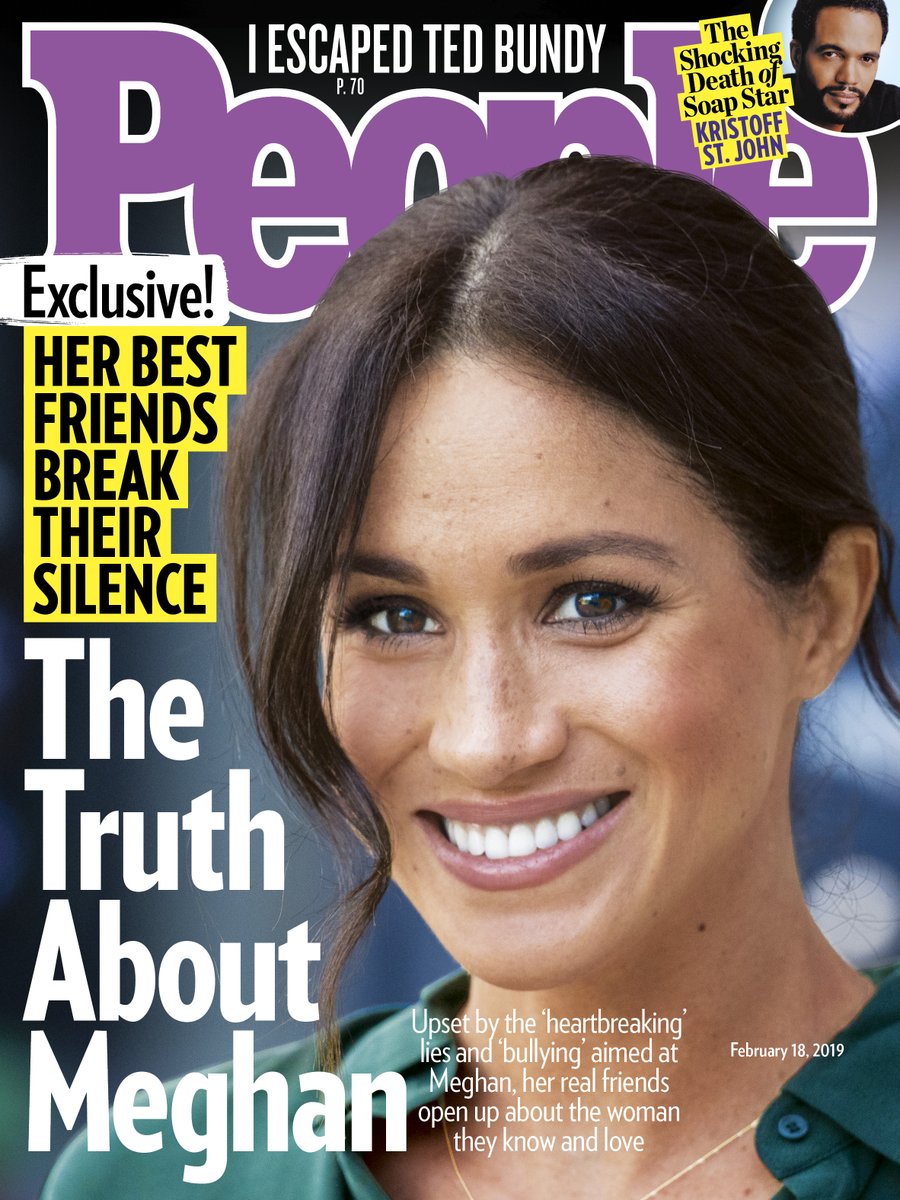 See some of the excerpts from the interview below.

A friend on the things that have been said about Meghan: Meg has silently sat back and endured the lies and untruths…we worry about what this is doing to her and the baby…It’s wrong to put anyone under this level of emotional trauma, let alone when they’re pregnant.

A friend on how Meghan hasn’t changed one bit since becoming a Duchess: We’ve all been to their cottage. It’s small and she’s made it cozy, but the perception of their lifestyle and reality are two different things. Meg cooks for herself and Harry every single day.

A friend on how Meghan hasn’t changed one bit since becoming a Duchess: We had a couple of days together recently. Her husband was out of town on work. In the room she made up for me, there was candle lit by the bed, slippers and a robe. We were the only two in the house. It was our time. She made the most lovely meals. She made tea every day. It was raining and muddy outside, so the dogs got all dirty, and she’s wiping them off with towels. How much she loves her animals, how much she loves her friends, how much she loves feeding you, taking care of you — none of that has changed.

A friend on Meghan’s relationship with father Thomas Markle:

A friend on Meghan’s relationship with her half-sister Samantha: They have been made to appear as siblings who had this falling out, and that’s not the truth at all. They were not a part of her life.