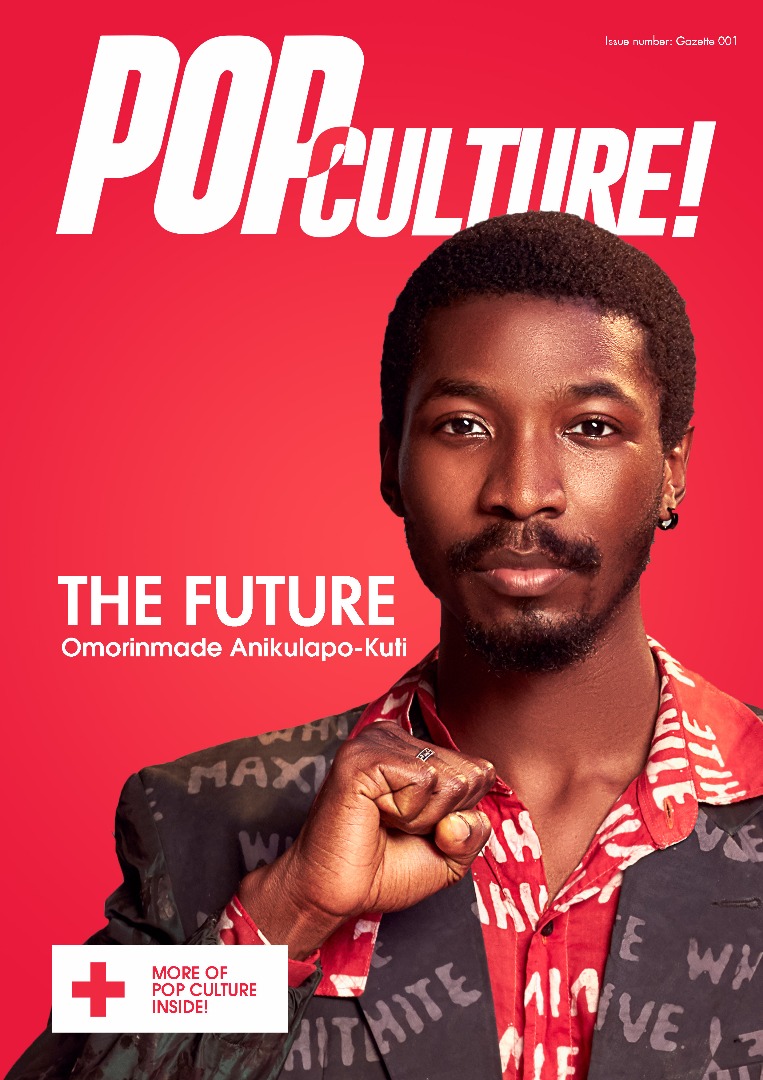 The 3rd generation of the Anikulapo-Kuti family, Omorinmade, graces the cover of the first issue of the digital gazette, Pop Culture! by Pop ‘N’ Goss.

In an exclusive feature story and extensive interview, the music artist and multi-instrumentalist talks about his passion for music, growing up in a historical legacy, connecting with music outside of his father and grandfather’s legacy and outside the New Afrika Shrine. 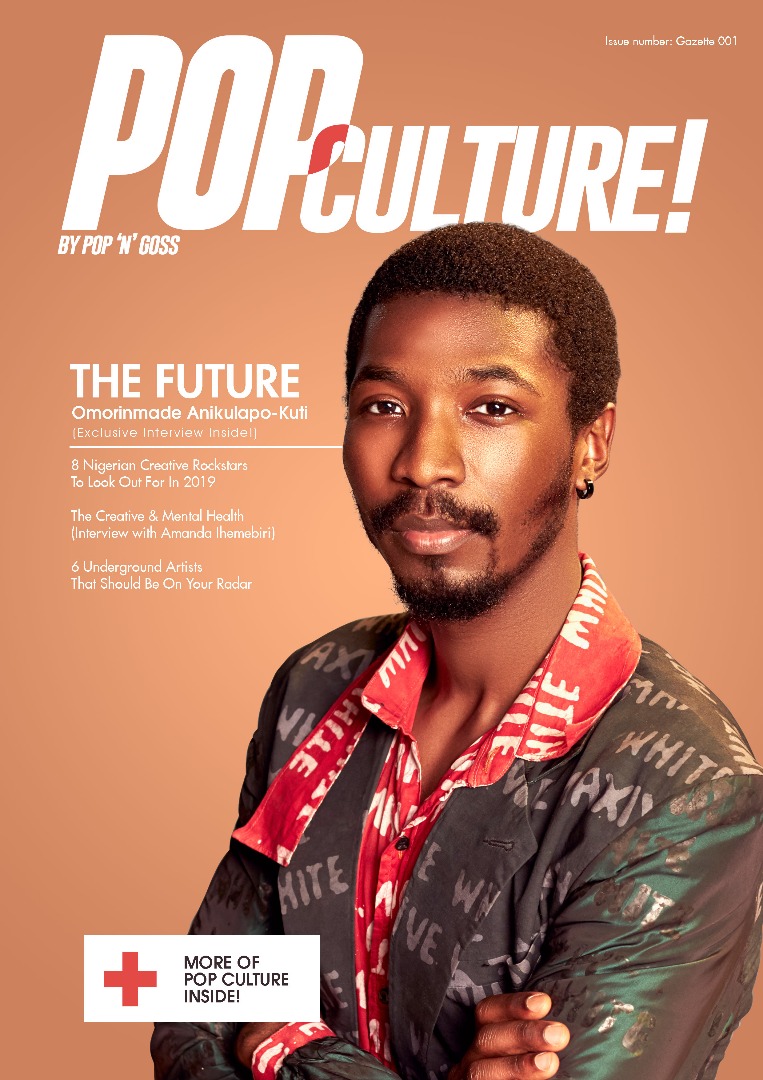 Omorinmade shared his beliefs, convictions and core values as an Anikulapo-Kuti in the sit-down interview with Sheifunmi, which took place on the historical stage of the New Afrika Shrine. When asked if he shared the same bravery as the heroes and activists in his family, Made he responded;

“Bravery… I think it was N’krumah that said the secret of life is to have no fear I agree with that. I look deep into what he might have meant because fear is a natural feeling and you can’t pretend like it doesn’t exist, but its how you absorb it and how you project it, so it’s not that I don’t feel fear but there are very few things that scare me “

When Sheifunmi dug into the question further by implying Omorinmade has learned to work through his fears, he said;

“On the bigger scale though, one thing you learn to accept growing up as an Anikulapo is to accept death and that’s the biggest fear I think if I die what next?” he paused, then said; “We accept that it’s a possibility that we move on to something next after we die but nobody knows for sure. I definitely don’t know. So the idea that I might die and then suddenly nothing, I don’t think there’s anything scarier than that, but then, which is scarier? that I’d die and experience nothing or that I will not contribute to society and I will see my siblings or children suffer”

Omorinmade studied Music and Composition at the Trinity Laban Conservatoire of Music and Dance in London, England. The same university his grandfather, Fela attended, back when it was just Trinity College of Music.

He also has certifications in Songwriting and Music Business.

Currently serving as a member of his dad’s (Femi Kuti) band – The Positive Force Band, the 24-year-old intends to create his own niche of sound, where the world of Afrobeats and Classical music will merge.