It looks like Nollywood actress Genevieve Nnaji has something cooking…

The movie star, who recently released her directorial debut “Lionheart” which was distributed by Netflix, shared a photo on her social media pages that has got her fans talking.

Genevieve posted a photo of herself sitting at a DreamWorks Studio office. The DreamWorks Studio has its headquarters in California, and while she didn’t say anything about the logo behind her back, she captioned the photo:

‘Control the things you can within your space, #betonyourself always‘. 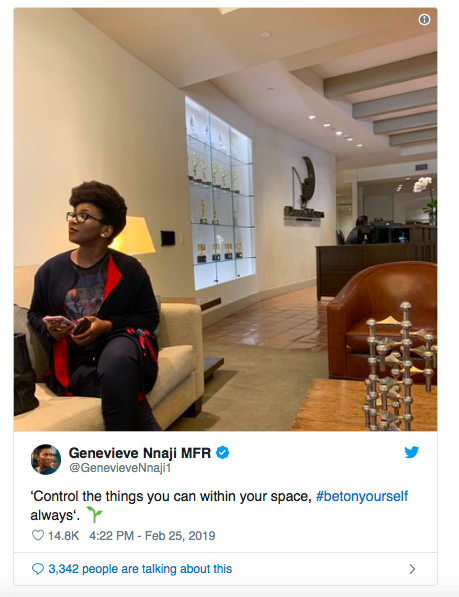 See what people are saying about the photo here.