Woman who Posted $100k Bail for R. Kelly says: "He's only been a gentleman to me" 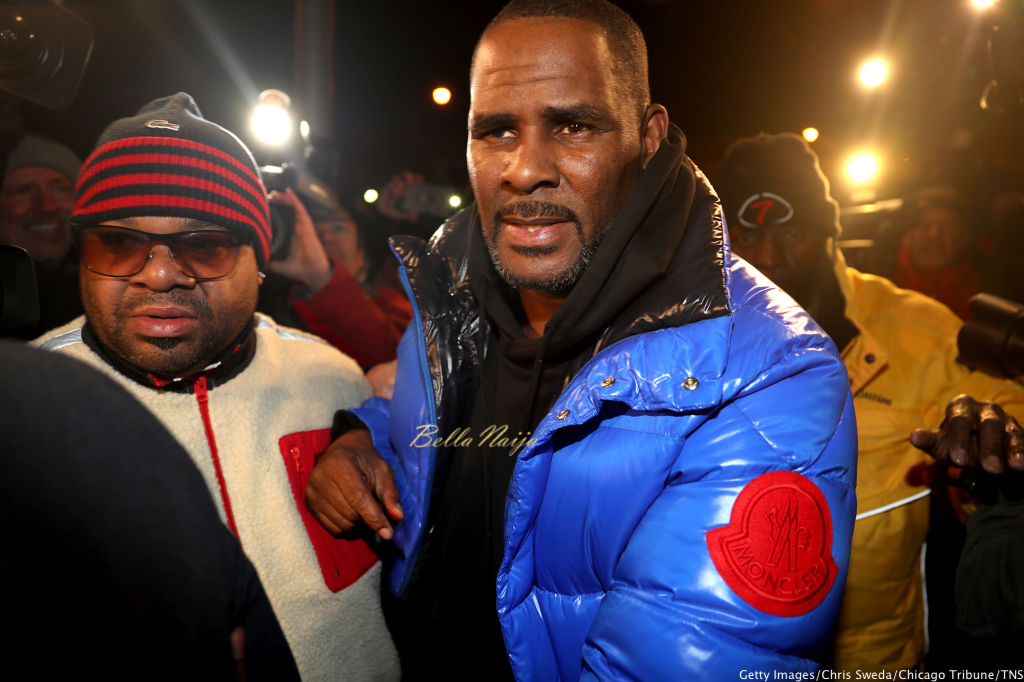 R. Kelly turns himself in at 1st District police headquarters in Chicago on Friday, Feb. 22, 2019.

A woman identified as Valencia Love has been revealed to be the person who posted the $100,000 bail for R. Kelly for his 10 counts of sexual abuse charge.

Love, a restaurant owner told ABC News: “It was his own money. I just posted bail for him.” R. Kelly is a “good friend” of hers, she said.

Speaking on Kelly’s court case, Love, according to TMZ, said: “There are three sides to every story, [Kelly’s] side, there’s (the alleged victims), and the truth.”

“If he did it, he is wrong,” Love said, adding that he should also be allowed to clear his name.

“I’m not in support of any pedophile. I don’t support that at all…. He’s only been a gentleman to me,” she added.

She adds that R. Kelly is not broke, saying she only helped him out so he can get out early.

See her statement on the issue below: 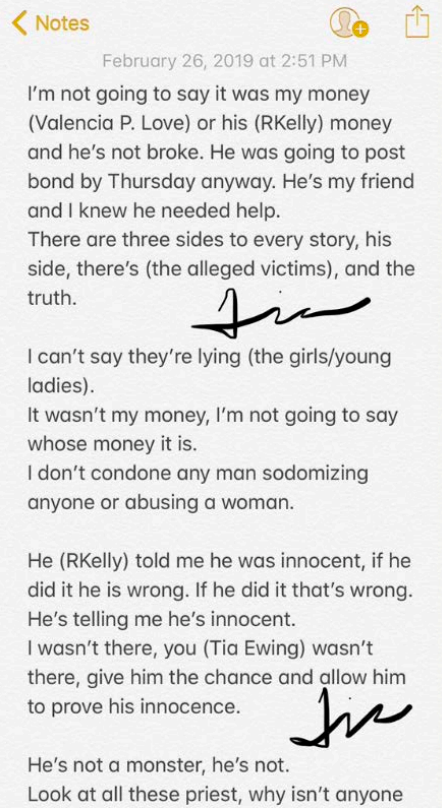 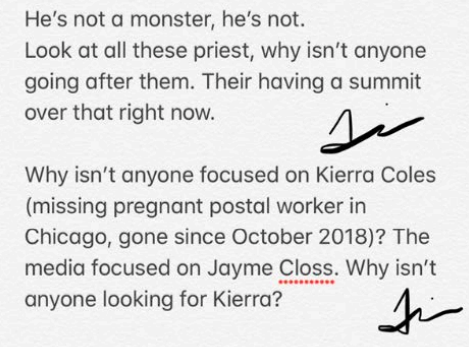 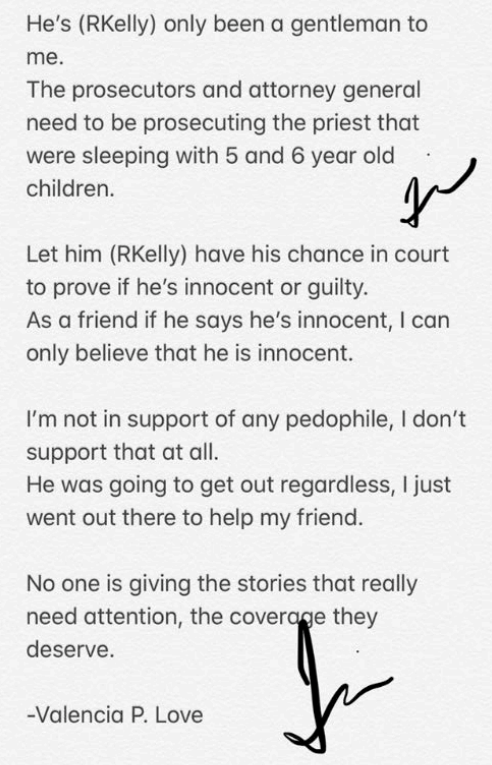 “As a friend if he says he’s innocent, I can only believe that he is innocent,” Love told Chicago’s FOX32.

Daily Mail reports that Love is 47 years old who lives just outside Chicago in Romeoville, and “owns a number of restaurants… as well as a childcare facility, the Lord and Child Christian Day Care.”

People left negative comments on her Yelp page, as well as on the review for her Love on the Blu restaurant.

She responded to one, saying: “Thank you I just help out a Friend if he guilty let him pay for it thru the courts. I am sure some of them have bail out murders drug dealers etc.”