Emir of Keffi, the Monarch Promoting Agriculture in Nigeria 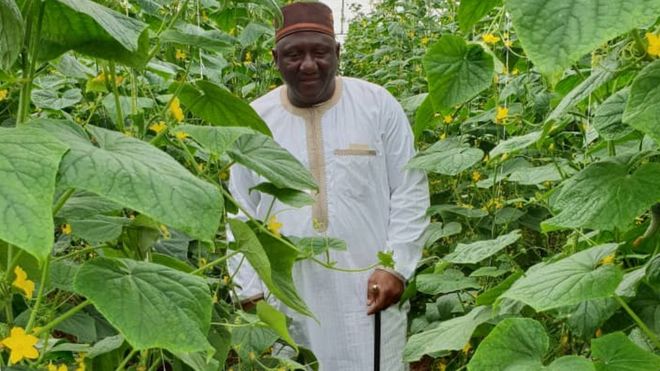 The Emir of Keffi in Nasarawa State, Shehu Bindow Yamusa III inherited around 60 staff he caters for. He pays their salaries and he also feeds them.

Emir Yamusa III receives salary and allocation for the emirate from government which is usually used to cater for the needs of the staff of the emirate.

The allocation could be enough, but surely there are better ways to accomplish certain objectives and the Emir of Keffi knows this.

“After I became emir, I looked at the progress that my father brought and looked at areas that I felt needed to be improved,” Emir Shehu Bindow Yamusa III told novelist, Ada Tricia Nwaubani for BBC.

He decided that he would feed his staff through his farms. And all of them would become “locavores” — eating mostly what was produced locally.

Emir Yamusa III has a doctorate degree in energy law and was teaching law at Nasarawa State University before he became Emir.

Emir Yamusa III said his interest in agriculture began in his days as a student when he supervised the work being done. Before his father died, he gave him about 70 hectares of farmland where he cultivated maize and rice crops.

He bought additional land, making it 100 hectares after he became Emir.

“In a year, I produce almost 300 bags of maize and about 200 bags of rice,” he said. “Sometimes, I go to my cows and pick one and slaughter like once a month, so we also don’t buy meat.”

“My green pepper is one of the best from the north-central region. They are unique. I don’t use too much chemical on them. I only use organic fertiliser on them,” he added.

He gives some of his extra produce to his people and sells some in Abuja.

“My people, a lot of them go to farm now because of me. My friends too, they have bought hectares of farmland because they were inspired by me,” he said.

He added: “When they go with me to the farm and they see the emir participating, they also want to participate with me. When they see me working, they feel compelled to work with me.”

Read more about him on BBC.