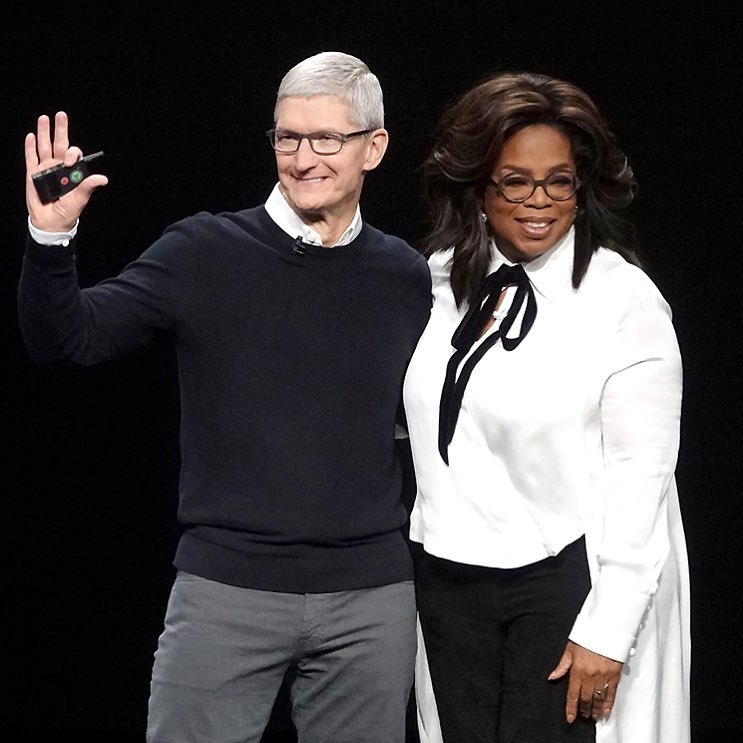 Oprah Winfrey is working on two documentaries with Apple.

Oprah spoke during the launch of Apple’s video streaming service at the Steve Jobs Theatre at Apple Park on Monday, March 25 in California.

During the event tagged “It’s Showtime” Apple also announced other things and Winfrey announced how she got involved in the project.

One of the documentaries is titled “Toxic Labour” and it focuses on the subject of sexual harassment in the workplace.

The other is a multi-part series with a focus on “on mental health and how the scourge of depression and anxiety, post-traumatic stress, addiction, trauma and loss is just devastating lives daily across the globe.”

Oprah also announced her new project is a super-sized Book Club: “I want to convene a meeting of the mind connecting us through books,” she said while revealing she’ll host live interviews on the service.

“For me, there is nothing more thrilling than being transported by a brilliant book. The only other thing more gratifying than an extraordinary read is being able share that experience with others, and we’re going to do just that by building the biggest, the most vibrant, the most stimulating Book Club on the planet!”

“Wait, wait, Cuppy in a ‘Rarri”! DJ Cuppy is Proud Owner of a Ferrari