Nollywood actress Ruth Kadiri is the topic of conversation this morning as several of her fans attempt to piece together information about her marital status – is she or isn’t she?

The actress, who announced her engagement in December 2017, added a new name to her Instagram name, which now reads Ruth Kadiri Ezerika. In addition, she posted a photo on Instagram and her followers are speculating about a visible ring on her finger. 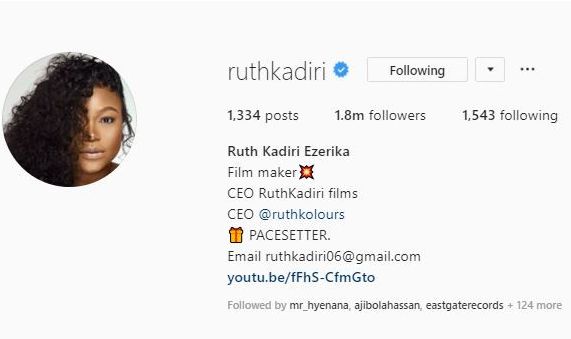 While the movie star has not confirmed or denied the reports, her fans are already excitedly wishing her a happy married life.

See the photo she posted below.

All My Friends Are Ballers…Maybe Not