Calabar, light up! Get ready for the most high-energy, adrenalin-pumping after-dark party of the year as Smirnoff X1, Smirnoff Ice and Smirnoff Guarana bring the biggest neon-themed party to you on Friday, March 29th at the Municipal Garden, Calabar.

The Smirnoff X1 Tour is coming to the nation’s Paradise with an electrifying ‘glow-in-the-dark’ experience, with performances by the Egberi Papa 1 of Bayelsa, Timaya and Kukere singer, Iyanya. Superstar DJ Spinall will be on the wheels of steel!

Smirnoff X1 infused cocktails, and the great tasting Smirnoff Ice and Smirnoff Guarana will fuel the party experience, with plenty of color, excitement, music, and entertainment to boot.

The Smirnoff X1 Tour is an experience you don’t want to miss. Bring your crew and express yourself in glowing colors of neon. It’s going to be lit!

Join the conversation on social media! Follow @smirnoffng on Instagram or get on the trend with #SmirnoffX1TourCalabar and #BeXpressive and you could win exciting prizes. 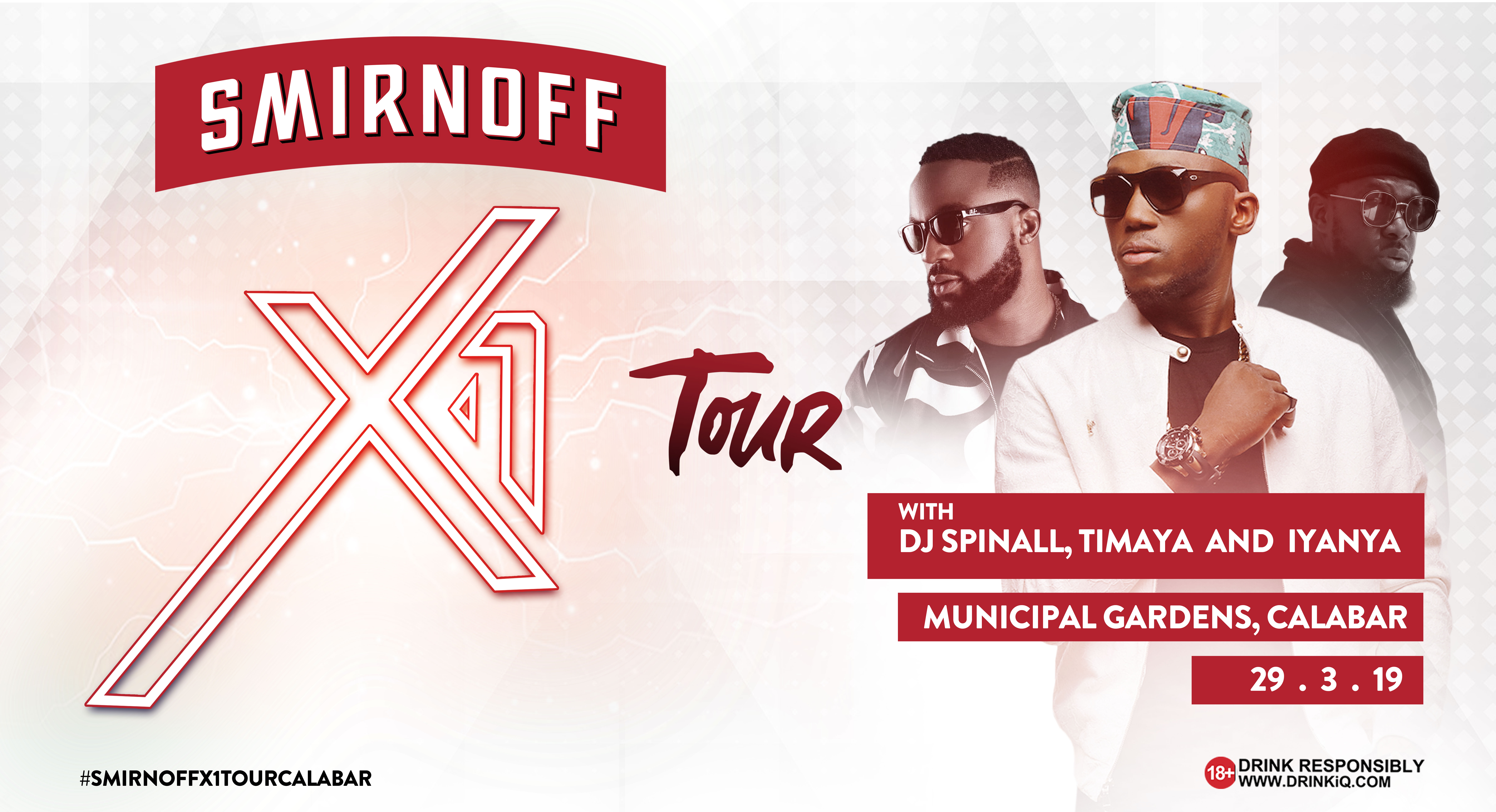 Here’s How Shina Peller Celebrated Winning His Election At Quilox ?