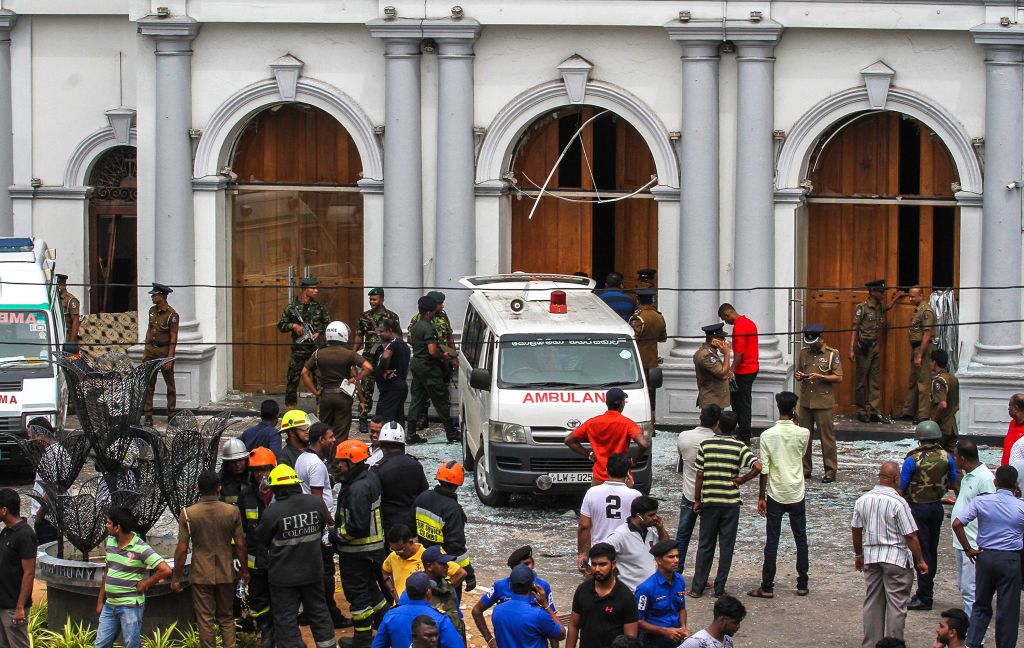 COLOMBO, SRI LANKA – APRIL 21: Sri Lankan security forces secure the area around St. Anthony’s Shrine after an explosion hit St Anthony’s Church in Kochchikade on April 21, 2019 in Colombo, Sri Lanka. At least 207 people have been killed and hundreds more injured after multiple explosions rocked three churches and three luxury hotels in and around Colombo as well as at Batticaloa in Sri Lanka during Easter Sunday mass. According to reports, at least 400 people were injured and are undergoing treatment as the blasts took place at churches in Colombo city as well as neighboring towns and hotels, including the Shangri-La, Kingsbury and Cinnamon Grand, during the worst violence in Sri Lanka since the civil war ended a decade ago. Christians worldwide celebrated Easter on Sunday, commemorating the day on which Jesus Christ is believed to have risen from the dead.

Over 200 people were killed, and over 400 injured on Easter Sunday in Sri Lanka in a series of coordinated bombings on churches and hotels, Al Jazeera reports.

The attack is being regarded as the worst since the end of the country’s civil war 10 years ago.

Police said the attack comprised of a total of 8 explosions by suicide bombers.

The seventh blast occurred at a hotel near the national zoo and the eighth at a residence in the suburb of Orugodawatta north of Colombo when officers entered to search it.

Most of the victims were worshippers in three churches who were attending the Easter Sunday services followed by three luxury hotels.

No one or group has claimed responsibility for the attacks.

Wijewardene announced that a nationwide curfew has been placed and major social networking sites and apps have been blocked temporarily to prevent misinformation.

Related Topics:Sri Lanka
Up Next