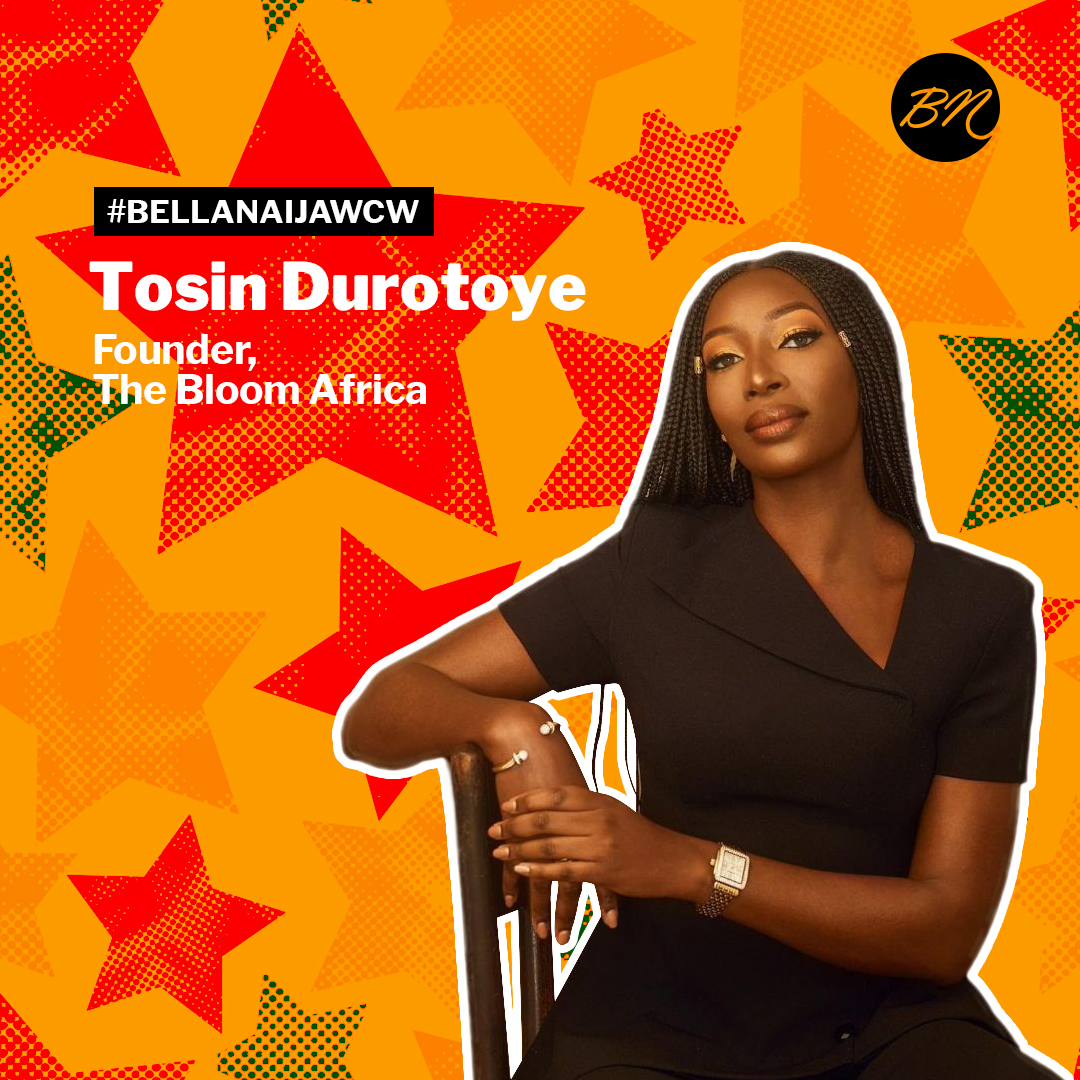 Our #BellaNaijaWCW feature today celebrates Tosin Durotoye, the founder of The Bloom Africa, an initiative that curates engagements and safe spaces for ambitious African women to connect, speak, learn and grow.

In 2016, Tosin left the U.S where she’d spent the last 24 years of her life, to return to Nigeria, with her U.S-based job in hand that allowed her to work remotely.

But she wanted to spend more time in Nigeria while building a network and figuring out how she could contribute to her country, so she quit the job and began thinking of what to do next.

During this time, she was approached to run GreenHouse Lab, she obliged, and led the accelerator between April and December 2018.

She founded Bloom Africa shortly after, with the aim of tapping into “the unmatched and collective power of African women to build lasting legacies by driving impact and accelerating positive change within themselves, their communities and the world as a whole.”

Tosin holds a Bachelor of Arts in Political Science from Wake Forest University and a Masters of Urban Planning degree from New York University’s (NYU) Wagner School of Public Service.

Tosin has dedicated her life to empowering African women who’ll drive the needed change in the continent and we’re rooting for her.

Google is Giving Scholarships to 30,000 Mobile Developers! Here’s How to Apply