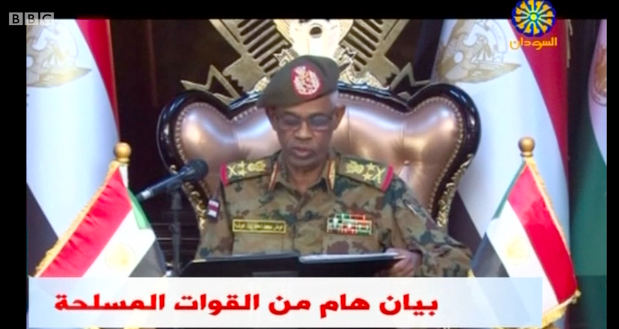 Sudan’s defence minister Awad Ibn Ouf has said that the military has taken over the country, with President Omar al-Bashir who has been in power for about 30 years ousted and arrested

Speaking on state TV, Ouf said the army had decided to oversee a two-year transitional period followed by elections, adding that a three-month state of emergency was being put in place, BBC reports.

For several months, there have been protests against Bashir, who has been in power in 1989 following a military coup.

“I announce as minister of defence the toppling of the regime and detaining its chief in a secure place,” Ibn Ouf said in a statement, adding that the country had been suffering from “poor management, corruption, and an absence of justice”.

The country’s constitution has been suspended, border crossings and airspace closed, he added.

Bashir had been issued an international arrest warrant issued by the International Criminal Court (ICC), accusing him of organising war crimes and crimes against humanity in Sudan’s western Darfur region.