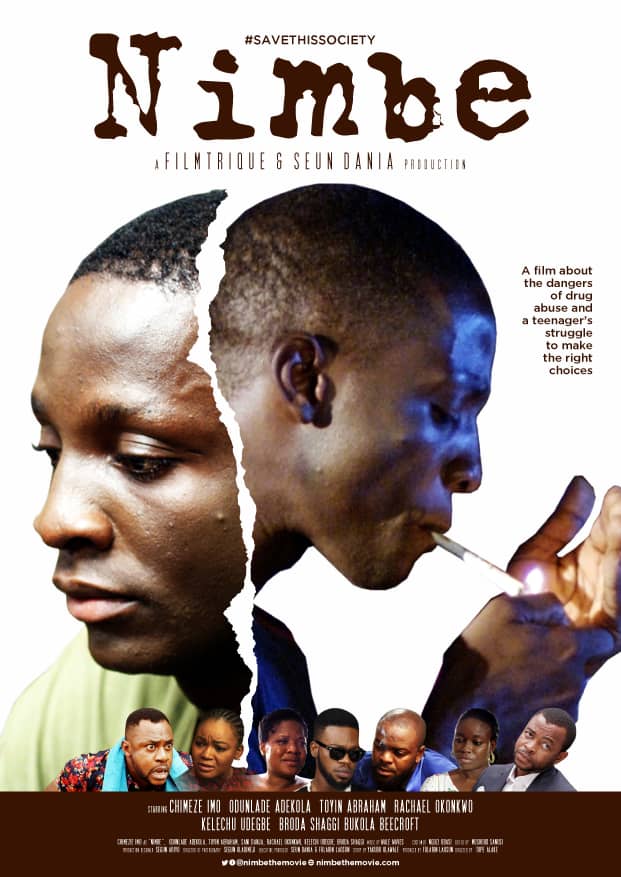 We’ve got our eye on an upcoming movie, directed by Toke Alake, and it is titled Nimbe.

Nimbe is the story of a teenager, constantly bullied by his peers but finds consolation, love, and relevance in a street gang he is introduced to by an elder neighbor he meets by chance.

In this company, he is introduced to the dangerous world of drugs where he experiences the accompanying challenges and consequences prevalent of such a life. Crime, prostitution, cultism, corruption and other such societal vices are among the themes to be expressed through the movie.