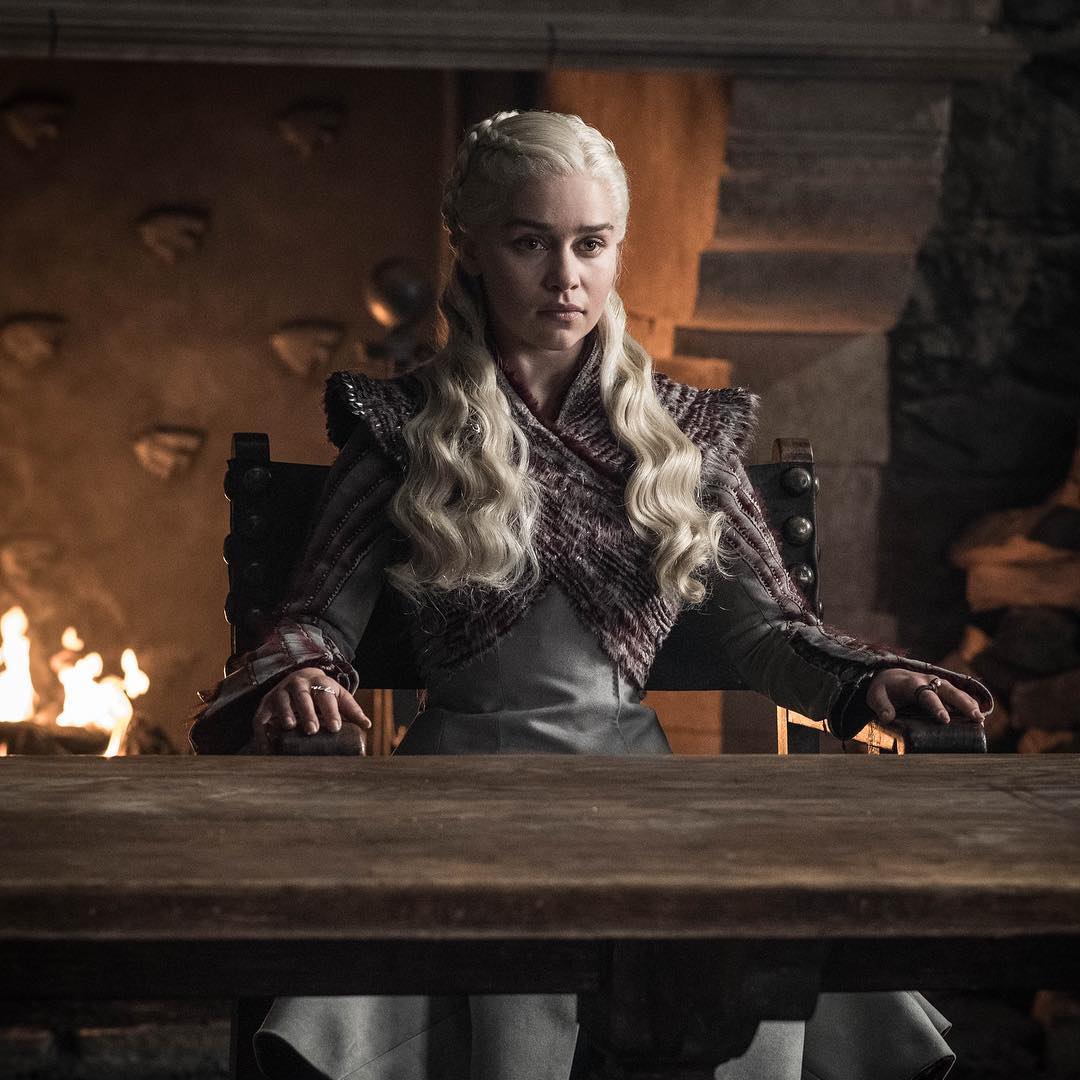 If you’re a super fan of HBO series ‘Game of Thrones‘, then you’re probably feeling nostalgic as the series is set to end tonight.

One of the lead actresses of the show, Emilia Clarke, penned an emotional tribute on her Instagram page today, ahead of the highly anticipated Game of Thrones series finale tonight.

The 32-year-old actress, who plays Daenerys on the show, wrote:

Finding the words to write this post has left me overwhelmed with how much I want to say but how small words feel in comparison to what this show and Dany have meant to me.
The mother of dragons chapter has taken up the whole of my adult life. This woman has taken up the whole of my heart. I’ve sweated in the blaze of dragon fire, shed many tears at those who left our family early, and wrung my brain dry trying to do Khaleesi and the masterful words, actions (and names) I was given, justice.
Game of Thrones has shaped me as a woman, as an actor and as a human being. I just wish my darling dad was here now to see how far we’ve flown.
But to you, dear kind magical fans, I owe you so much thanks, for your steady gaze at what we’ve made and what I’ve done with a character that was already in the hearts of many before I slipped on the platinum wig of dreams. Without you there is no us.
And now our watch has ended.
@gameofthrones @hbo #love#motherofdragonsoverandout

Stonebwoy apologises for Pulling a Gun on Shatta Wale at VGMAs: I reacted “out of natural instincts”