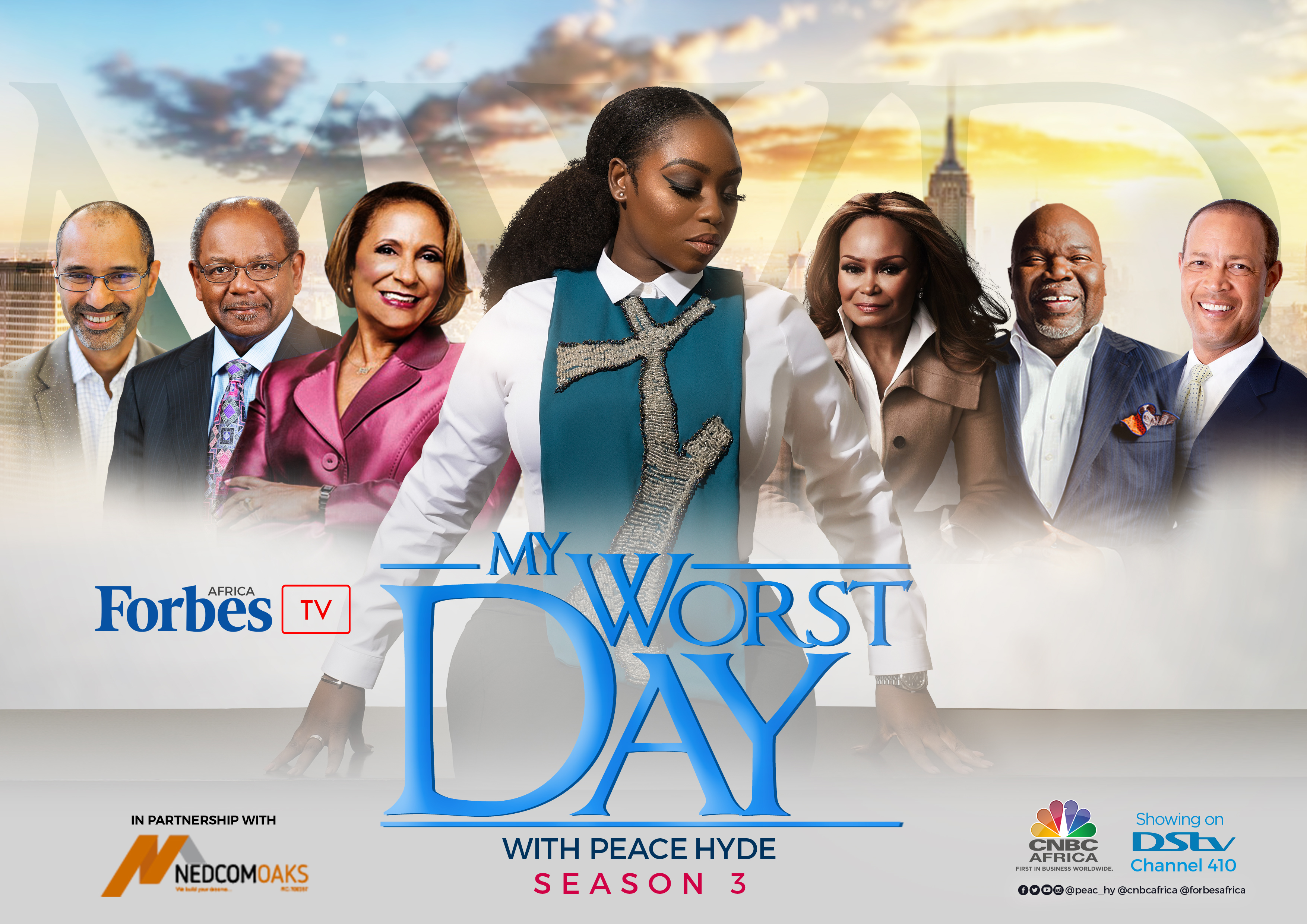 One of the leading business talk shows, Forbes Africa’s “My Worst Day” with Peace Hyde, is set to launch its third installment and this time, the program has a lineup of powerhouse business tycoons from the global business world.

The show, which is renowned for interviewing the African continents billionaires and millionaires on their most challenging day ever in business, has raised the bar by venturing into the global business world to assemble a league of some of the richest and most successful African American moguls.

Reprising her role as creator, producer and host of the show, Peace Hyde is set to take the award-winning show global. Successful editions have of the show has been syndicated in Ghana and South Africa drawing in an enviable guest list of some of the most powerful people in African business.

Some of the guests on this line up include, Eddie Brown, one of the wealthiest philanthropists in Baltimore and founder of Brown Capital Management investment firm with over $9 billion of assets under management; Janice Bryant Howroyd, founder and CEO of $925 million ActOne, provider of workforce solutions including temporary staffing; Cathy Hughes, media mogul and founder of TV One and Urban One launched in partnership with Comcast with 53 stations across 16 markets and Bishop TD Jakes of TD jakes Enterprises to name a few.

From London, the prestigious shortlist includes the powerlist most powerful person of African and Caribbean heritage for 2017 and 2019, Tom Ilube and Ric Lewis respectively. Tom Ilube is a millionaire tech entrepreneur and education philanthropist who is the founder of AIM listed Crossword Cybersecurity and also a non-executive director of the BBC and sits on the Royal Ban of Scotland’s technology Advisory Board. Ric Lewis is a CEO of Tristan Capital Partners, an independent London headquartered real estate investment management boutique with $10 billion of assets under management.

“We have interviewed some of the most powerful people in Africa and for this season, we decided to seek out people all over the world with African heritage and explore how they overcame their most challenging day in business. When we started 3 years ago we didn’t realise how big the show will be and we have had overwhelming feedback from all over the world and hence the reason why we are going global with this season,” says Peace Hyde.

The third season of the show is sponsored by leading real estate company, Nedcomoaks.

Betty Irabor goes on Tour to Destigmatize Depression, Encouraging People to Speak Up

TECNO is Rooting for Nigerian Youth All Day, Every Day