Just When You Thought Kunle Remi Couldn't Get Any More Hilarious, He Does | Watch 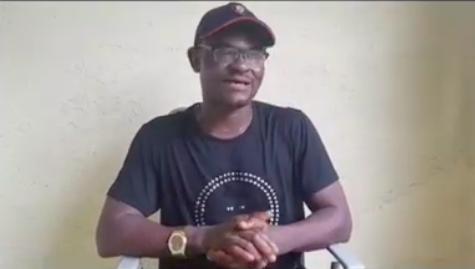 A few days ago, a video went viral on social media, showing a shirtless Francis Odega, threatening to stab his wife as well as the person behind the camera.

In the video, the wife accused him of stabbing her previous, showing an injury on her elbow and Odega replied “And I say I go chook (stab) you again with knife right now.”

In one of the videos shared, his daughter is seen asking that the actor pays her school fees so she can return to class.

Francis, in his response, said that he takes care of his daughter to the best of his capacity, adding that she was forced to make the video.

He also insinuated that his wife and her mum defrauded him of N7m, money he gave to them to buy a property for him years ago, which he said he hasn’t seen till date.

He wrote as caption to the videos he shared: “For those of you judging me without hearing my own side of the story, this is the little I can say for now. Am ara here…”

Related Topics:Francis Odega
Up Next

Game of Thrones – “The Last of the Starks” Recap